MOVIE REVIEW: The Butler is a powerful depiction of a country’s struggle against racial discrimination 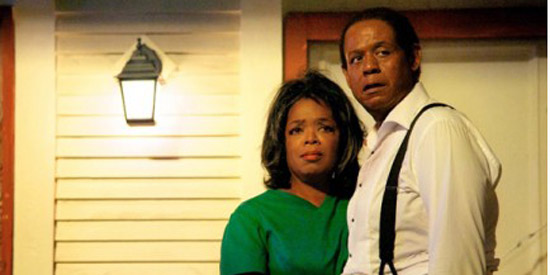 In The Butler, Forest Whitaker plays the title role while Oprah Winfrey is cast as the butler's wife. Based on a true story, Lee Daniels’ The Butler portrays the African Americans’ historic fight for equal rights as seen through the eyes of a White House butler. The film proves to be gripping and will surely leave moviegoers pondering about the advocacy against racial discrimination and even life’s little ironies. &

The movie is based on the real life account of former White House butler Eugene Allen who served eight U.S. Presidents while working in the capitol from 1952-1986.

The Butler revolves around Cecil Gaines (played by Forest Whitaker), a black American who learned at a young age that fighting for one’s rights is futile in a white man’s world (white man supremacy versus prejudice towards black Americans) after witnessing the injustices done to his parents.

Since then, he grew up to be subservient, apolitical and highly skilled as a bartender—qualities that landed him the butler position at the White House during eight presidential terms (from President Dwight Eisenhower to Ronald Raegan’s administration).

While Cecil’s strong work ethic proved to be his greatest asset, this later threatened to destroy his family as it took him away from home most of the time, causing problems between him and his wife Gloria (played by Oprah Winfrey). Worse, his eldest son Louis (played by David Oyelowo) joined a movement that fought for equal opportunities for African Americans, which resulted to their strained relationship for a long period of time.

In this film, revisiting American history from the point of view of the fictional White House butler proved to be compelling and insightful as it showcased the irony of how political leaders claim to be upholding democracy and equal opportunities and then turn a blind eye with the bigotry that takes place right on their doorsteps.

One can’t help but feel empathy for the ever loyal Cecil who expressed his concern over the disparity of wages between white and black American employees. He observes how African Americans are never appointed to positions of power at the White House, only to be told that nothing can be done about it by a number of Presidents he had dutifully served through the years.

The plot was even made more interesting by the father-son conflict as they took opposing sides in the issue of fight against racial discrimination. Cecil would rather be passive about it while Louis actively joins rallies and peaceful movements against racial segregation even though it means being put in jail several times.

Glimpses of actual footage of historic events such as the Freedom Riders, the Voting Rights of 1965, the Free South Africa movements further lent authenticity to the film.

But aside from such political differences, it’s also important to note that the complexities and contradictions in life are often seen even in the family, the most basic unit in society.

Cecile’s fierce loyalty towards his job as a butler at the White House may have earned him praise from his employers (with a President even telling him that he “served his country well”), but the fact remains that he neglected his duties as a father in the process. Only when he fully realized this was he able to truly find fulfillment in his life.

Whitakers’ understated yet emotionally resonant performance will keep you glued to your seat until you eventually find out how he resolved the issues in his private life along with those at the White House. At the same time, Oprah’s character further adds spice to the plot as she struggles to keep their family together despite her own conflicting emotions towards her husband’s neglect. Coupled with the acting prowess of the rest of the all-star cast (including Robin Williams, John Cusack, James Dumont, Jane Fonda, Mariah Carey, and Lenny Kravitz, to name a few), The Butler proves to be an engaging historical drama that will touch the hearts of moviegoers from beginning to end.

Directed by Lee Daniels, The Butler is currently being screened in Philippine cinemas.