Sam Milby on being leading man in Kimmy Dora: Ang Kiyemeng Prequel: “It’s still a bit nerve-wracking to live up to the expectations." 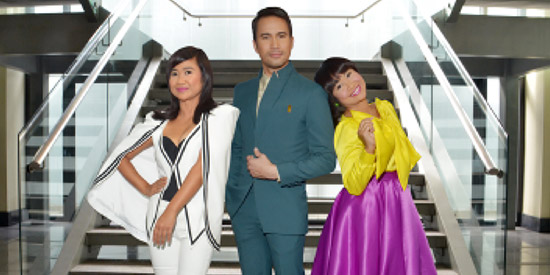 “It’s still a bit nerve-wracking to live up to the expectations. But like I said, I feel comfortable about the role and the character,” says Sam Milby about his role in the Metro Manila Film Fest entry Kimmy Dora: Ang Kiyemeng Prequel.

Sam Milby did not think twice about accepting the offer to be part of the third installment of the comedy hit movie Kimmy Dora.

Although he was a replacement of Piolo Pascual, Sam said he did not hesitate to accept his role because, “It was just a simple thing. It’s Kimmy Dora, it’s part of the festival.”

Sam feels confident about Kimmy Dora: Ang Kiyemeng Prequel, which is an official entry to the Metro Manila Film Festival 2013. In Kimmy Dora: Kambal sa Kiyeme (2009), Eugene cemented her stature as a top comedienne and her dual characters—the strict Kimmy and the kindhearted Dora—entered public consciousness. This was followed by the 2012 comedy-horror film Kimmy Dora and the Temple of Kiyeme.

“Any project you do, laging may konting kaba, you cannot avoid that.

“So, you’ll expect people to watch because they like your first two.

“People know it if they’ve already watched the first ones na,” Sam told PEP.ph (Philippine Entertainment Portal) and other media in an interview after the story conference for the movie last Tuesday, September 10.

THE NEW LEADING MAN. However, Sam admitted that it’s not totally easy to fill in the shoes of Dingdong Dantes and Zanjoe Marudo, who were former leading men of Eugene Domingo in previous Kimmy Dora movies.

“It’s still a bit nerve-wracking to live up to the expectations.

“But like I said, I feel comfortable about the role and the character,” he said.

Since the third sequel will be an action-comedy, the Kapamilya actor said he would be doing a lot of preparations for his role.

Apart from Sam, Angel Aquino and Joel Torre are also the new additions to the cast of Kimmy Dora: Ang Kiyemeng Prequel.

The final installment of the Kimmy Dora franchise will be directed by Chris Martinez, who replaces the director of the previous sequel Bb. Joyce Bernal.