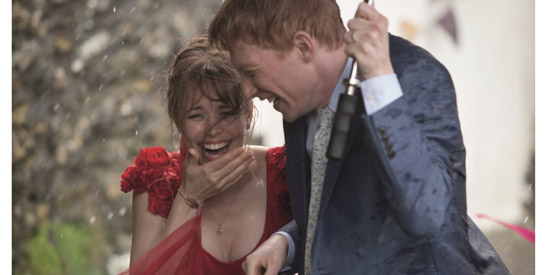 In the 2013 coming-of-age tale About Time, writer and director Richard Curtis creates a decent mix of humor, family drama, and magic realism.

His more prominent works in the past include Four Weddings and A Funeral and Notting Hill.

About Time is topbilled by Domhnall Gleeson, who appeared in Harry Potter and the Deathly Hallows: Part 2, and Rachel McAdams, whose film credits include The Vow, Midnight in Paris, and Time Traveller’s Wife.


About Time follows the life of Tim (played by Gleeson), a bumbling ginger-haired young adult, who leaves the family nest in bucolic Cornwall and moves to London to pursue a career as a lawyer and find out what the real world is all about.

When Tim reaches the age of 21, his dad (played by Bill Nighy of Underworld and Harry Potter fame) reveals to him that all the men in their family are blessed with the power to travel through time at will, just by closing their eyes and clenching their two fists.

Excited by this new ability, Tim travels through time with only one mission: to experience what it is like to have a girlfriend. What Tim doesn’t expect is that he would gain not only a girlfriend, but a golden life-lesson as well.

McAdams, on the other hand, plays a naive, simple girl named Mary, who is shy but wild under the sheets. While this star has all the traits of a screen siren, McAdams’ portrayal of a soft-spoken book reader working for a publishing house is convincing that you’d forget that she’s the same actress who played the blond queen-bee Regina George in Mean Girls.

What’s great about this romantic movie is that it reels you right in from the beginning and takes you on an exciting, extraordinary, emotional ride until the very end. You’d swoon over Tim and Mary’s chance meeting (at London’s Dans Le Noir restaurant, no less), their long romantic conversations, and even the sweet subway rides that they take together. You’d like Tim’s family, particularly his dull but likable Uncle Desmond and his quirky but emotionally unstable sister, Kit-Kat.

At some points in the movie, you’d even find yourself laughing with them and crying with them, just the way you would when you’re around your favorite couple in real life.

But the true strength of the movie lies toward the end, when Tim, after having gone back in time to iron out the minor kinks in his life, finally arrives at a point that not even time travel cannot stop or undo.

This turning point is where this date movie tugs at the viewers’ heartstrings quite effectively.

Faced with the danger of losing his father to a terminal disease, Tim decides to use his powers to relive the happiest moments he’s had with his father.

Perhaps the most riveting scene in About Time takes place some 20 minutes before the credits roll.

Upon learning that his grown-up son has been time-traveling just to see him one last time, Nighy’s character uses his own power to take Tim to his most unforgettable father-son bonding moment at the beach.

But before they go back to their respective “present,” Nighy leaves his son with an important reminder: to live every day of his life twice, so that he can notice and appreciate those little details that he failed to see the first time.

Turns out, Tim’s father has been doing some time-traveling of his own to extend his life and spend more time with his family.

While the movie has its loopholes and at certain times may leave you in slight confusion, About Time has its little victories and shining moments.

About Time may not give you the “kilig moments” the way the Keanu Reeves-Sandra Bullock starrer The Lake House (a romantic drama that also defied the space-time continuum) did in 2006, but it does remind you one important lesson about living and loving: appreciating the here and the now.

About Time is like a satisfying cup of sweetened coffee. It warms the heart without leaving a bitter aftertaste.

About Time will be screened in Philippine theaters starting September 18.