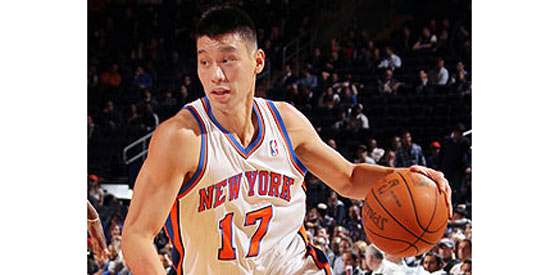 If you know little or none at all about American professional basketball player Jeremy Lin, the documentary Linsanity will fill you in on details and more.

Jeremy Lin became a household name in February 2012 when he led the New York Knicks on a winning streak.

The Jeremy Lin fever reached such insane proportions that it gave rise to “Linsanity.”

This Sundance documentary pays close attention to Lin’s background of playing in Harvard University as well as his penchant for Garfield and The Lion King blankets. Born to Taiwanese parents, Lin was born in California and has U.S. citizenship.

Directed by sixth-generation Chinese American Evan Jackson Leong, Linsanity is a documentary whose original intent was to tell the story of then obscure Asian-American Harvard University player Jeremy Lin and his dreams of getting into the National Basketball Association (NBA).

(Read: Linsanity, Sundance documentary about Jeremy Lin, will be screened in Philippine cinemas)


Through the course of the shoot, Lin was indeed drafted into the NBA, making him one of the few Asian-American players to play professionally.

Leong, seeing that it made for a more compelling story, kept the cameras rolling. The rest is basketball history and 88 minutes capturing Jeremy Lin’s rise to stardom.

Linsanity the movie highlights Jeremy Lin’s rise and struggle to get into the big league using sheer basketball talent and faith.

Fans of Lin would appreciate the movie as it shows little known facts about their basketball idol. Non-fans could either end up being die-hard Lin-converts or scratching their heads why a movie about him ever got made.

The first quarter of the documentary film can be likened to an episode in the cable TV show Bio. One cannot help but wonder what’s so remarkable about Lin that deserved to be shown in a movie and not a TV special?

By the second quarter of the movie, that same question is answered with a blow-by-blow visual account of Lin’s basketball prowess. He is quick and nimble. He pirouettes, plus, he is an impressive three-point shooter on the court.

He is also the first American of Taiwanese descent to play in the NBA, a fact that is apparently still a big deal to an allegedly progressive and diversified America. His success on the hard court has been met with both cheers and jeers.

By the end of the movie, it is difficult to not root for Lin.

Does it matter if the documentary has shades of propaganda weaved into it? Does it matter if it is not explained why Lin was rejected by the Ivy League and dream schools he applied for? Why did Lin become a free agent after a year of playing with the New York Knicks?

Racial and discrimination issues come to the fore, especially when there is footage shown of Jeremy being booed by Caucasians as he is playing.

Towards the end of the documentary, there is a high probability that moviegoers will be sold to the idea that Lin is an underdog that 100% deserves the respect and acknowledgment he has rightfully earned.

When there are other hard questions unanswerable by human logic, Lin surrenders over to his Christian God: "I know God orchestrated this whole thing...”

"Nothing in my life will happen that's not according to His plan."

If the documentary’s plan was to make a hero out of American-Asian underdog Jeremy Lin, Linsanity succeeded.

This documentary cements Lin as a basketball player who has made an early mark in the history of the NBA as well as in the memories of his legion of fans and non-fans.

Hopefully, the fact that he is of Asian descent will become a non-issue in the near future—a matter the movie milked to the hilt yet at the same time was compelled to highlight given the apparent confusion American basketball and traditional media view basketball players from cultural minorities.

According to Lin: "I'm just out there having fun and playing the game."

Maybe in the next Lin movie, we will just see him as a player—who just happens to be Asian—having fun playing the game.

Linsanity is currently being screened in Philippine cinemas.