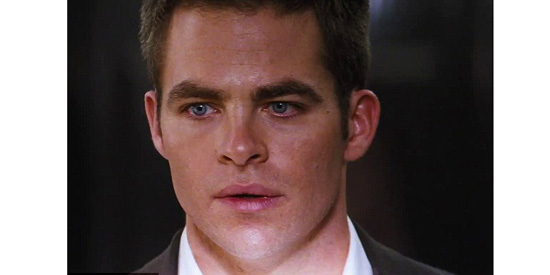 I have always been a faithful fan of the Jack Ryan series of films (Hunt for Red October, 1990; Patriot Games, 1992; Clear and Present Danger, 1994; and Sum of All Fears, 2002) and I wouldn’t miss out on watching the premiere of Jack Ryan: Shadow Recruit, its fifth installment.


Based on the character created by the late bestselling author Tom Clancy (who died on October 1, 2013 at age 66 from a brief ailment), this 2014 blistering U.S. action thriller is a reboot that departs from the previous installments in the franchise as it is not an adaptation of a particular Clancy novel. Instead, it is an original story featuring the Jack Ryan character, in a sort of prequel, going back to his early days when he was just a CIA analyst who got in way over his head.

The story follows Jack in his twenties, from 9/11, through to his 2003 tour of duty as a Marine lieutenant in Afghanistan (where his lower spine is mashed in a helicopter crash and he has to learn to walk again), then as a one-time Wall Street stockbroker and into his early days in the covert Financial Intelligence Unit of the modern Central Intelligence Agency (CIA). He becomes a junior analyst under the guardianship and moral support of his world-weary and tight-lipped supervising officer William Harper (Academy Award winner Kevin Costner).

While working as an analyst, Jack believes he has inadvertently uncovered evidence of an imminent Russian financial terrorist attack plot to collapse the U.S. economy (as well as those of London, Tokyo and Shanghai). However, with no intelligence to verify his discovery, he goes on from being an analyst to being shadow-recruited to become a field agent. He is sent to Moscow to continue his investigation and soon encounters Viktor Cherevin, the enigmatic but sinister, dangerous and determined Russian oligarch who is at the center of a plot to cripple the global economy via an economic catastrophe of an unprecedented scale.

While learning to navigate the world of intelligence, Jack fends off an assassin while addressing the potential breakdown of his marriage to his in-the-dark fiancée Caroline “Cathy” Mueller (played by Keira Knightley). However, he comes to the realization that it may already be too late to stop Cherevin and must fight to save his own life and countless others, while also trying to protect the person who is more important to him than anything else: Cathy.

Going back to the assassination attempt on Jack by Embee (played by Nonso Anozie AKA Xaro Xhoan Daxos from Game of Thrones), the Ugandan henchman of Cherevin, it was obvious that Jack’s cover was already blown, even before his arrival in Russia. Standard operating procedure dictates that he be pulled out or ordered to flee the scene (as he would be more of a liability than an asset), based on what I’ve read or seen in spy novels or movies. Yet, in this movie, he is allowed by Harper to go on with his mission. I also wonder how the CIA was able to clean up the hotel room mess left after that attempt. Bringing out a dead 300-lb. man from the hotel is no easy feat, to say the least.

Also, the plot of Cheverin to cripple the U.S and global economy by buying up U.S. Treasury bonds through dummy corporations, then ordering a terrorist attack on American soil (after which he intends to sell the bonds, thus crashing the dollar) seems to be, in my opinion, too far-fetched to happen in real life.

This isn’t Chris Pine’s first foray into an action/espionage film, having starred (aside from his role as Captain Kirk in Star Trek), in a more romantic and comedic role, as a CIA agent Franklin "FDR" Foster in the 2012 film This Means War. As Jack Ryan, he was remolded as a younger and rougher version of a Jason Bourne or Ethan Hunt, running and punching his way throughout the film in a way Alec Baldwin, Harrison Ford, and even Ben Affleck never realized.

Alas, action doesn't always come without a price. I would certainly love to know what the late Tom Clancy would think of this version of his original legendary character, an analyst who doesn't do any field work. True, a big chunk of that movie is about how uncomfortable and frightened to death Jack Ryan is with a loaded gun and the physical side of field operations—he successfully shows it with a mouth wide open and his bright, blue eyes darting wildly.

However, in this film, it's obvious that the studio also wanted him to be more, as this neophyte, soon-to-be-operational CIA analyst gets more than he bargained for, being forced to go mano-a-mano with the big, bad guy with his bare hands, in a Jason Bourne, James Bond or Ethan Hunt-like fashion. It's obvious that they did a major revamp of the character as he was originally imagined.

Fortunately, it's not Jack Ryan's actions that set him apart in this (or in any other Jack Ryan) movie: it's his dazzling analytical mind, thinking and moving with his brain faster than most other people, making for an easy-to-root-for hero. If only this covert organization had this kind of guy in the past, maybe a scene that appeared at the start of the movie would never had happened: the bombing of the twin towers of the World Trade Center.

The hot, young, teen-friendly and enjoyably talented Chris Pine, with his cocky charm and good looks, had big shoes to fill and he has to spring into action to do it. I liked the way he portrayed Jack Ryan but I do hope the next producers don’t gamble on basically hanging every functioning Paramount franchise on the same actor.

British actress Keira, with her flawless American accent in the movie, convincingly portrays Cathy in a different and feisty light unheard of in past movies within the Jack Ryan series, in roles previously played by Gates McFadden, Anne Archer and Bridget Moynahan. I was surprised at how relieved she was when she found out that Jack was, instead of having an illicit love affair (she even hops into a plane to “surprise” him), working in the CIA. It’s not every day that you get to hear that kind of reply from a woman. Not only that, she too gets in on the dangerous undercover action. However, true chemistry between Chris Pine and Keira Knightley is sorely missing.

As in this movie and in other Tom Clancy movies, high-tech, cutting-edge and state-of-the-art gadgets (including the newest cell phones), weapons and surveillance systems are always present and the action sequences (rooftop jumps, car crashes, etc.), especially towards the end of the movie, were well staged.

The cool and classy Kevin Costner, as Harper, the guy who brings Jack Ryan into the world of international espionage, carries an authority that is sorely needed in this kind of movie. Even when he is not doing much, he looks mysterious and dangerous. Costner, coincidentally, was also offered, 25 years ago, the role of Jack Ryan in the Hunt for Red October but had to pass up the opportunity because he was busy with Dances with Wolves (which won him an Academy Award).

This is probably Paramount Picture's last best hope, now that Tom Clancy is gone, at spearheading the rebooting and revival of this franchise of the Jack Ryan series. I think they succeeded with this nicely shot, never dull and fun piece of popcorn entertainment. However, as a parting shot, I do hope they chose a better title.