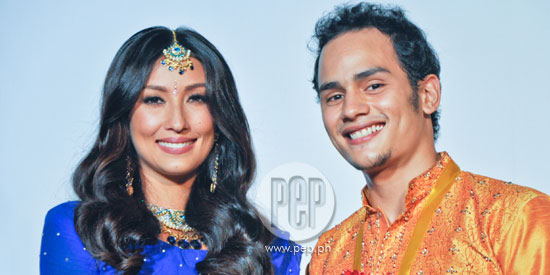 NOTE: The version shown during the movie premiere was 50 minutes longer compared to the version actually shown in cinemas. This review is based on the version first shown to the public during the premiere at SM Megamall.


Mumbai Love has its heart in the right place.

The movie’s intentions are pure and simple: find love and live together happily ever after, sans geographic and cultural differences.

The process used to execute these intentions though was complicated by the movie’s unnecessary length, long-winded dialogue and superfluous albeit cute scenes that didn’t help propel the story forward.

Nandi (played by indie film actor Kiko Matos) is a Filipino-Indian forced to an arranged marriage by his parents. Hell-bent to follow his heart instead of cultural tradition, he meets and—upon first sight—falls in love with a gorgeous Filipina named Ella (played by Solenn Heussaff).

The two spend the day in Mumbai getting to know and eventually liking each other. But alas, Ella has to go back to the Philippines due to work-related reasons.

Their blooming romance abruptly cut short, one would expect the film to continue on with the would-be love story. Instead, it spends half an hour beating around the bush and doing nothing to resolve the characters’ love problems. As a result, there is a tendency for audiences to lose interest in the film.

It was an hour into the film when Nandi finally decided to search for the one that got away but it was too late for viewers to recover from the boredom that already set in.

Minus the nonessential scenes, Mumbai Love is a light-hearted film weighed down by a clunky script and long-drawn-out scenes that weren’t edited out for brevity and straightforwardness.

Thankfully, it was lifted up by effective and affective actors who managed to make its story a joy to watch.

This was the version shown during the film’s premiere night at SM Megamall Cinema 9 last January 16, 2014.

The film has since been cut down and 50 minutes removed from its more than two hours of running time.

Kiko Matos shows no hint of incredulity at the slow-decision making skill of his character Nandi. His performance is 100 percent believable and his screen presence is charming if not extremely likable.

Solenn Heussaff admitted she had to act too young for her age in order to portray her character Ella. Her stunning beauty aside, she expertly portrays a giddy lovestruck girl anyone can easily identify with.

Ronnie Lazaro (who portrays someone giving "semi-professional" love advice while also needing a few of his own) and Raymond Bagatsing (as a dancing Indian kingpin) bring fun to the movie thanks to their positively memorable, outlandish roles.

The movie’s saving grace is its presentation of Indian and Philippine culture in beautifully photographed color. Their differences and uniqueness visually blossoms in the movie.

Also interesting is the movie’s catchy soundtrack performed by Solenn Heussaff herself.

During the film’s premiere, the director expressed his desire to blur the lines between independent and mainstream films.

As a mainstream film, Mumbai Love is a visibly gorgeous movie with equally beautiful and talented stars.

As an independent film, its intent to tell a simple and merry love story shines through.