MOVIE REVIEW: The Adventurer: The Curse of the Midas Box is an old-fashioned adventure film 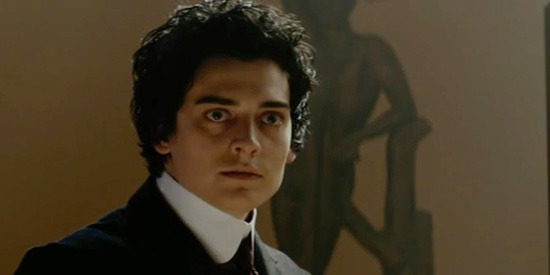 With the current trend of adapting young adult fiction novels for the big screen, The Adventurer: The Curse of the Midas Box seems to forget the essense of fun and adventure. Thus, the movie seems like a botched attempt for a franchise starter.

Set in 19th century England, the movie tells the story of 17-year-old Mariah Mundi (Aneurin Barnard) and his search for his younger brother Felix (Xavier Atkins) as well as his parents (Ioan Gruffudd and Keeley Hawes).


Following the disappearance of their parents, Mariah and his brother learn that their parents work for a secret government agency called the Bureau of Antiquities.

Felix is then kidnapped by two minions of Otto Luga (Sam Neill), an antique collector who covets the Midas Box and is willing to eliminate anyone who gets in the way.

Mariah follows a trail of clues provided by his parents’ fellow agent Will Charity (Michael Sheen). He ends up at the darkly majestic Prince Regent Hotel where he disguises himself as a hotel porter. He eventually discovers a hidden realm of child-stealing monsters, deadly secrets, and the Midas Box—a long-lost artifact that can turn things to gold but also posseses a dangerous supernatural power.

As soon as he discovers that the fate of the world (and his family) rests upon him, Mariah will do everything to stop Otto from getting the Midas Box.

This is the first film adaptation from British author Graham Peter Taylor’s young-adult trilogy. The book received rave reviews from critics worldwide and was even dubbed as “the next Harry Potter series.”


Unfortunately, the lame storytelling of The Adventurer: The Curse of the Midas Box failed to match the book’s achievement.

The cinematography and other visual elements of the film were a feast for the eyes but director Jonathan Newman doesn’t deliver much excitement needed for the climactic parts. There are a few entertaining scenes but it lacks the “oomph” that audiences are seeking in an adventure film. Most of them were provided by Michale Sheen’s agent character.

“The Adventurer” tag doesn’t seem to fit the protagonist of the film since Mariah isn’t really an adventurer and worse, his character seemed unmotivated. Nevertheless, Aneurin Barnard delivered a decent performance in bringing life to lead character Mariah.

Overall, The Adventurer: The Curse of the Midas Box settles for old-fashioned ways of treating an adventure film. It's something you can watch while waiting for other adventure flicks to be released this year.