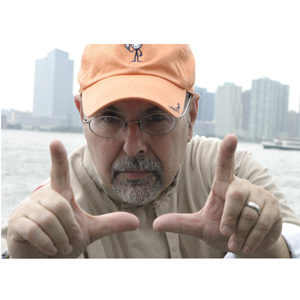 Dov Simens will arrive in the Philippines to conduct his 2-day Film SchoolTM that packs four years of film education into a single weekend. He will be teaching enrollees at the Asian Institute of Management (AIM) Conference Center in Makati City on January 26-27, 2008.


Would you like to learn about filmmaking under the tutelage of a famous American film instructor? After teaching film at New York University (NYU) and University of California, Los Angeles (UCLA) and over 18 other major universities and film schools around the world, Dov Simens will be arriving in the country in January 2008 to teach Filipinos how to shoot, produce, direct, finance, market and distribute their film within a budget.

Noted filmmaker Orson Welles once said, "Everything you need to know about filmmaking can be learned in two days." America's top filmmaking instructor, Dov Simens, will demonstrate how, when he conducts his famous 2-Day Film SchoolTM at the Asian Institute of Management (AIM) Conference Center in Makati City on January 26-27, 2008.

The weekend crash course will condense four years of film school theory and education into two days of essential and practical facts and information. It will teach enrollees all the tricks of the movie trade for a fee of P10,000 for early registrants, 43 percent off the usual U.S. price.

His former students have grossed over US$6 billion at the box office and have been honored with numerous awards, including Oscars and Emmys.

"Its a no-holds barred, rapid fire weekend designed for anyone from first-time filmmakers to industry professionals seeking the information they need to succeed, both in the Philippines and internationally," said Dov, who has helped launch the careers of Hollywood directors including Quentin Tarantino (Reservoir Dogs, Kill Bill), Chris Nolan (Batman Begins, Memento), Paul Brooks (producer of My Big Fat Greek Wedding, White Noise), and Guy Ritchie (Snatch, Revolver).

The course covers every facet from producing a movie to shooting and selling it.