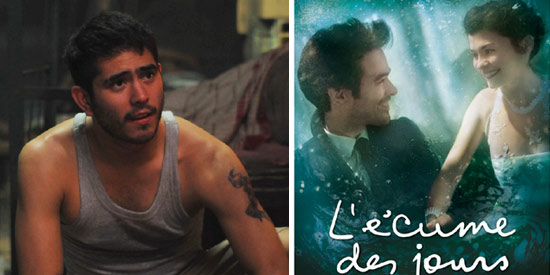 The French Film Festival is back to offer filmgoers a taste of French lifestyle and culture, and at the same time, show its support for local Philippine cinema.

The 19th edition of the French Film Fest features seven recent French dramas and romantic comedies that will be shown from June 10 to 15 at Greenbelt 3 cinemas.


On June 12, Independence Day, the festival will make way for three Filipino masterpieces that have been shown at the prestigious Cannes Film Festival in recent years.

“We chose these films because they are recent, and at the same time, not quite commercial as they are not so exported,” Ambassador Garachon said. “Through these films, we also want to show a flavor of creativity in French cinema.”

Tickets for the films cost P100 at the Greenbelt 3 cinemas.

The ambassador also stressed the recent agreement signed by the Film Development Council of the Philippines (FDCP) and France's Centre national du cinéma et de l'image animée (CNC), which was the first cooperation convention that France has signed with the Philippines in 2014.

The agreement, which was signed at the Cannes Film Festival on May 19, 2014, highlights the mutual assistance that both countries will provide in order to develop policies aimed at protecting and promoting cultural expression in film, encouraging co-production of films with common themes, and promoting participation of individual and company projects that are related to the film industry.

One example of a film that demonstrates the cooperation of these two countries is Above the Clouds, directed by director Pepe Diokno. The film, which is co-produced by Philippe Avril of Unlimited through the World Cinema Support fund managed by the CNC and Institut Français, is in post-production in France at the moment.

The agreement will also support the reciprocal participation of national cinematographic works to festivals and other film events organized in their respective countries, and make a united effort against piracy.

“We see this agreement as a bridge between our two countries, as movies are of course, windows to our souls,” Ambassador Garachon emphasized.

The schedule of the French film festival is as follows: