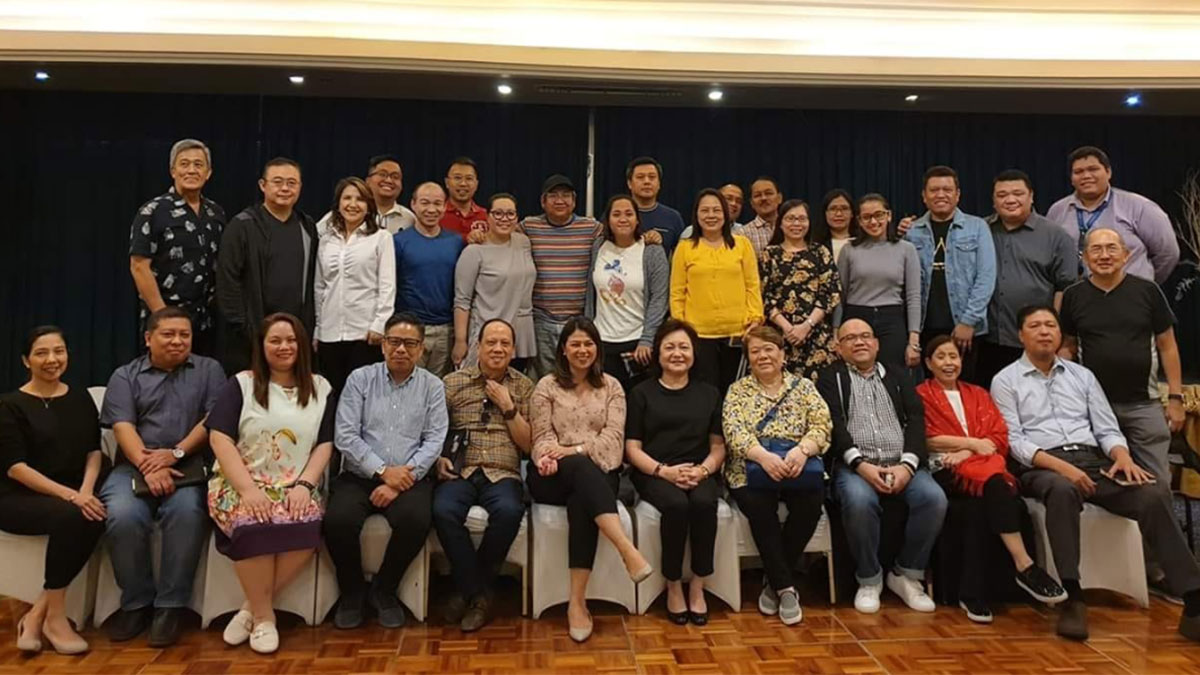 FDCP Chairperson Liza Dino meets with film producers and cinema owners regarding Philippine cinema. She revealed that instead of opening on a Wednesday, new films will open on a Friday.
PHOTO/S: Liza Dino-Seguerra Facebook

Liza Dino-Seguerra, Chairperson of the Film Development Council of the Philippines (FDCP), proudly gave an update regarding the organization's plans to move the opening day of new films.

She revealed details about the plan through her Facebook post today, March 14, after her meeting with film producers and cinemas on March 13.

Liza wrote that cinema owners and film producers have agreed to move the opening day of new films, but the decision is yet to be finalized.

If the plans push through, instead of the usual Wednesday, new movies will now open on Friday, which is closer to the weekend.

The meeting also talked about "guaranteed days in every booked film and a holdback period for films released in cinemas before it goes to other platforms like VOD etc."

The early pull-out of Filipino films has been a perennial problem for producers.

Liza admitted that in the past, there used to be "divisiveness" in discussions regarding the sentiments of producers and cinema owners about the industry.

However, the March 13 meeting allowed everyone to air their side.

"CINEMAS, PRODUCERS AGREE TO MOVE OPENING OF NEW FILMS FROM WEDNESDAY TO FRIDAY

"A well represented dialogue meeting happened yesterday among our producers, distributors and theater owners to discuss policies guidelines set by FDCP on the exhibition of films in our local cinemas all over the Philippines. With the support of our government partners --DILG, DTI, MTRCB and the Office of the President, the goal is to reach a unified solution that is amenable to all our stakeholders.

"The important highlights of these policy guidelines are opening day of newly released films in cinemas, admission prices, guaranteed days in every booked film and a holdback period for films released in cinemas before it goes to other platforms like VOD etc.

"FDCP has been holding consultation meetings since last year to understand the concerns of both parties so the agency can come up with the right approach to resolve the issues plaguing our whole industry in general hence affecting the growth of our local film industry.

"Yesterday was a good and progressive start because in this meeting, we were able to identify a lot of the gaps in the current status quo and ways to address them that would be beneficial to the parties concerned. Since the goal is to achieve concrete results, one of the achievements is the agreement to switch the opening day of cinemas from Wednesday to FRIDAY. We still have to wait until the rest is finalized for this to take effect, but at least we are moving forward.

"But more than reaching an agreement to the proposed solutions, my main takeaway from yesterday's dialogue is the willingness of both parties (finally) to sit, talk, LISTEN and accept each other's sentiments calmly and in good faith. The goal is to understand and acknowledge the concerns of BOTH and work towards solutions. For so many years, nagkaron ng divisiveness dahil kung saan-saang platform na nailalabas ang mga hinaing causing for parties to be villified without any recourse to verify these concerns in proper venues and to the people concerned mismo para mapakinggan ang pinanggagalingan ng bawat isa. But yesterday was a good gauge to see the next hundred years of Philippine cinema. A new beginning perhaps...so we can all be hopeful for the future of this industry. At the end of the day, we have but one common goal: to support, nurture and uplift our LOCAL FILM INDUSTRY.

"We hope that our stakeholders never tire of sitting down with us as we concretize our policies. It may be tedious and tiresome at times, but we thank you for your patience and understanding of the importance of our collective efforts.

"Let’s all see this through!"