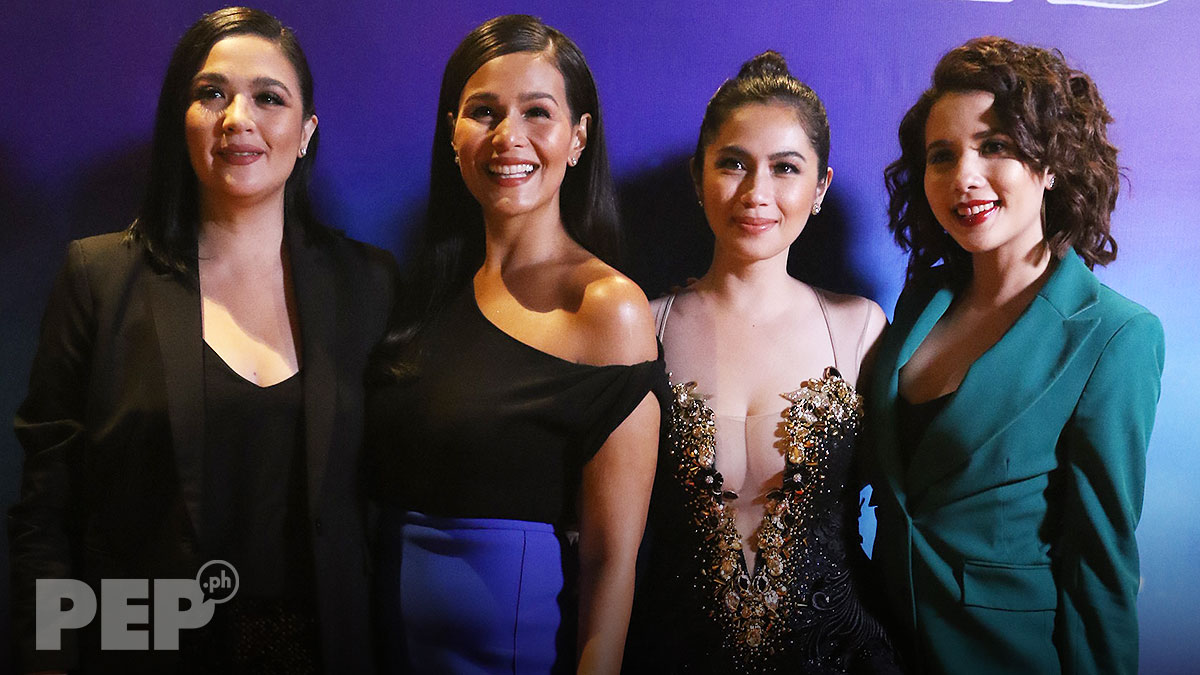 Director Mark Reyes feels a mixture of excitement and anxiety regarding the reception of viewers to his new project, Mystified.

It is also the first project of their newly formed production house called Sang'gre Productions, Inc.

The name of the company is based on the term used to refer to the characters of the four leading ladies of Encantadia.

Direk Mark pointed out the differences of creating a movie for an online streaming site.

He told PEP.ph (Philippine Entertainment Portal) in an exclusive interview, "When it comes out, it's very different because there are no ratings, like in television; there's no box office, like in the movies.

"So, we don't know, it's just a matter of the views, I guess that's what we'll be excited about."

Although he did not give the exact figures, Direk Mark said that Mystified is a big-budgeted film.

He said about it, "The budget of this is something like film fest, Manila Film Fest. Yes, it's that big."

Direk Mark believes that their movie shows a big improvement in terms of special effects, compared to previous fantasy films and TV shows created in the Philippines.

Their special effects supplier is Riot, the same company that did the effects for Encantadia 2005.

He said, "Kung ako, who's familiar with Hollywood films and how they're done, because I study how a film is done, I was like 'Wow!'

"Napapaganun ako sa production house, sa Riot, and I tell them a direction and it's in my head na ganito lalabas, and then they show me something that really blows my mind.

"Ganun na lang, and sometimes, we shoot something that's really crude, pangit lalabas, 'I'm sorry, I'm sorry,' and then it comes out, 'Wow!'

"Lessons learned from Encantadia and all the things we've done in this genre, we tried to cover.

"That's why the writing was so long because we tried to make it an intelligent piece. So, we're confident naman that it won't be bad."

PEP.ph had an exclusive interview with Direk Mark at the press conference of Mystified last March 12 at Ascott Bonifacio Global City.

Mystified will be streamed on iFlix beginning March 29, 2019.

ON COMPARISONS WITH HOLLYWOOD PROJECTS

Even before it has been released, Mystified has been receiving harsh comments from the public.

There are those saying that the Pinoy movie imitates the 1998 fantasy-themed Hollywood series, Charmed.

In Mystified, Sunshine, Iza, Karylle, and Diana are cast as sorceresses who are collectively known as the "Coven of Four."

There are also those comparing Mystified to the Harry Potter franchise that delves into the world of wizards.

What can Direk Mark say about these comments?

"The usual, the first reaction is when you present a love story, 'Ay, it's parang ganyan.' They always compare it to something, it's part of the business.

"Once they see what this is about, they'll realize, ay ibang iba, ibang iba sa Encantadia, totally not Harry Potter."

"If it's like bashing, it's part of the business now, in television or movies, even your post on Facebook, it gets bashed. So we're used to that."

It has been 13 years since Direk Mark worked with the Sang'gres for a project.

By doing this project, he and the four Encantadia graduates have been deeply touched by the nostalgia that they felt.

Sunshine confided to PEP.ph that she became emotional when she and her co-stars Iza, Karylle, and Diana wore their Mystified costumes for the first time.

Direk Mark recalled, "I was on director mode so I didn't appreciate the fact that they were all in costumes for the first time.

"It was only when Sunshine started crying that I took a step back and I said I should relish this moment because she's right.

"It has come full circle and not everyone's gonna get that chance to be part of another, what you would have loved before na magawa mo ang part two noon.

Direk Mark first revealed to PEP.ph in September 2017 that there were actually talks for a different reunion project.

This time, Direk Mark plans to reunite with the cast members of his other iconic work, TGIS: Thank God It's Sabado.

The 1995 youth-oriented series, co-produced by VIVA Television and GMA-7, was top-billed by Angelu de Leon, Bobby Andrews, Ciara Sotto, among others.

He told PEP.ph back then, "Meron ding plans, there are plans for a project.

"Pero hindi siya TGIS, ha! It's the TGIS people for the project but it's not TGIS. It's our own initiative. "It's... I don't know if it's gonna be a one-shot deal or a series for streaming."

Sunshine, who was part of TGIS batch two, was asked by PEP.ph in a recent interview if there's a possibility for Sang'gre Productions, Inc. to produce the reunion project.

She answered, "Bakit hindi? If we have the money na!"

When PEP.ph asked Direk Mark about TGIS reunion during his March 12 interview, he pointed out:

"Well, if maybe in the future, GMA realizes na, 'Oh, we can trust Sang'gre Productions to do something, give them the franchise for that,' definitely!

"Again, besides Enca, another group that's always been together is TGIS.

"Solid pa rin 'yan, that'll be interesting to do."

In fact, one of its cast members, Red Sternberg, is willing to go home to the Philippines in case the reunion pushes through.

Right now, Direk Mark is looking forward to other projects of Sang'gre Productions, Inc., including a possible sequel for Mystified.

"We're doing, it's another digital platform that we're doing two projects for. We're not yet allowed to say what it is, basta meron nang kasunod.

"And then, we are discussing, let's see if we can do another project besides Mystified 2. If it's successful, automatic, may Mystified 2."