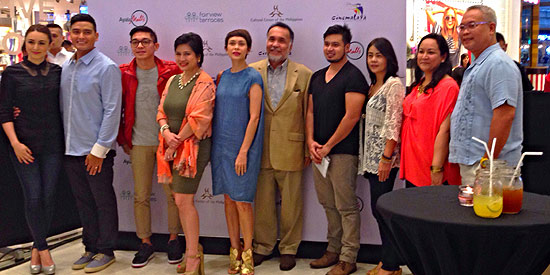 Stars present at the Cinemalaya opening at Ayala’s Fairview Terraces were (L-R) Yasmine Espiritu, with husband Quezon City Councilor Alfred Vargas; GB Sampedro; Melissa Mendez; Angel Jacob; and Menggie Cobarrubias. They are joined in this photo by Ayala executives and Chris Millado, artistic director of the Cultural Center of the Philippines (rightmost).

The latest satellite venue of the festival which is Ayala’s Fairview Terraces in Quezon City hosted an opening night featuring Separados, a romantic comedy drama by GB Sampedro starring Alfred Vargas, Anjo Yllana, Jason Abalos, Victor Neri, Ricky Davao and Erik Santos. Inspired by true events, “Separados” is about the bittersweet saga of six men who separated from their wives.

In attendance at the Opening Night at Fairview Terraces are cast from the movie headed by the movie’s director GB Sampedro along with Anjo Yllana, Alfred Vargas with his wife, Angel Jacob, Melissa Mendez and Menggie Cobarrubias. 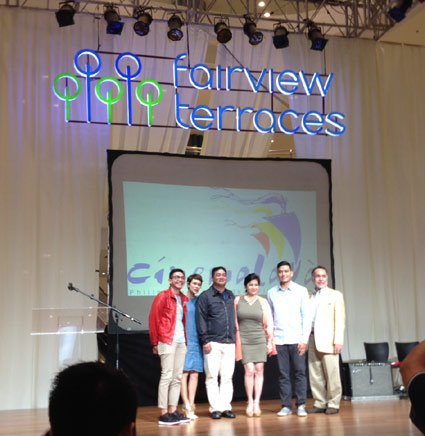 “This year's batch of filmmakers will undoubtedly rise up to the challenge of the previous years with new stories to tell us and new lessons to be learned from their films," Cinemalaya Foundation president Jardin said.

Cinemalaya is a project of the Cinemalaya Foundation, Cultural Center of the Philippines and the Ayala Malls Cinemas. Established in 2005, Cinemalaya is an all-digital film festival and competition that aims to discover, encourage and honor cinematic works of Filipino filmmakers.

To date, Cinemalaya has supported and promoted the production of 118 full feature independent films and 96 short films. Many of these films have won awards in local and international competitions and festivals. Through the annual festival, Cinemalaya has showcased over 1,000 works by independent filmmakers including full feature films, shorts, documentaries, Filipino film classics, and art films.

To learn more about the annual film festival, visit www.cinemalaya.org, www.culturalcenter.gov.ph and the cinemalaya facebook page or CCP Film Office at telephone number 832-1125 local 1704-1705 and the CCP box office at 832-3704.

For info about Cinemalaya X, visit www.sureseats.com and reserve your tickets online for Ayala Malls Cinemas.