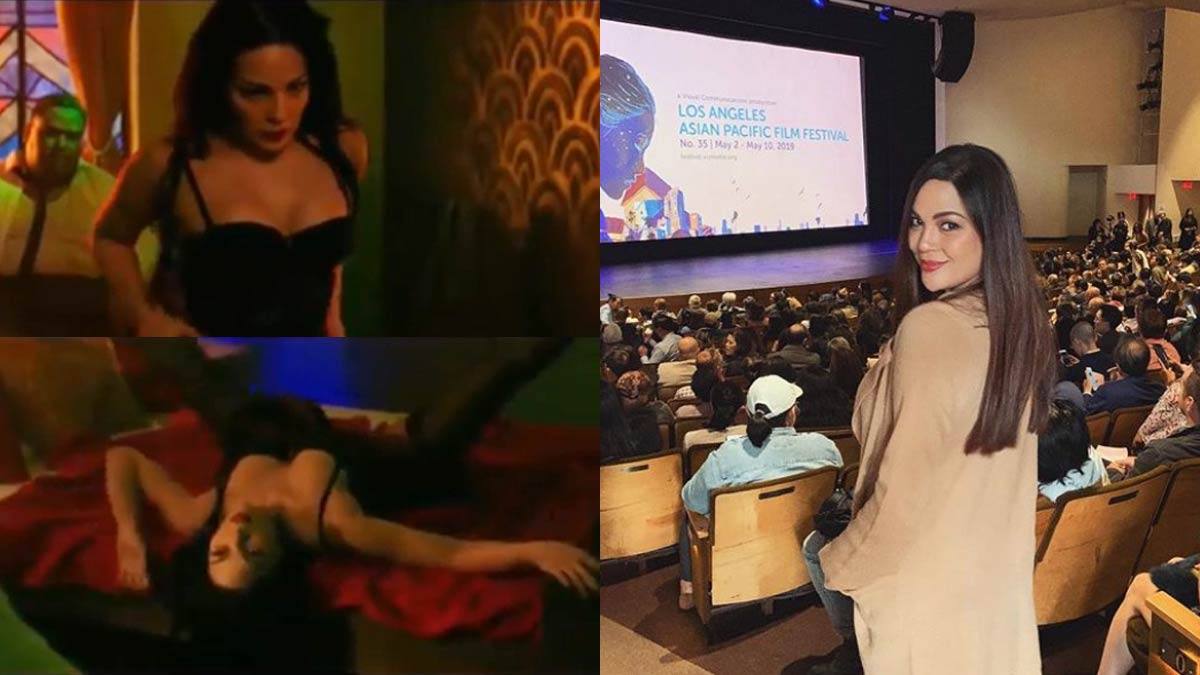 KC Concepcion explains why she agreed to be part of MMFF 2013 movie Boy Golden wherein she did a seductive striptease.
PHOTO/S: @itskcconcepcion on Instagram

KC Concepcion admits that she misses acting in Philippine showbiz.

The former actress got this realization after attending the U.S. premiere of a film starring Eva Noblezada and Lea Salonga.

KC posted her photo taken during the world premiere of the film and admitted that she misses #buhaypelikula.

The daughter of Sharon Cuneta wrote in the caption:

"Was this REALLY Eva Noblezada’s first film she’s incredible and I am now officially a fan!!!

"Happy to have been invited to the ‘Yellow Rose’ world premiere here in LA... the film that took the audience on a ride with its soulful, beautiful, funny, true Filipino-American nature that fits right into the mainstream.

"This film doesn’t even feel foreign, nor heavy, even as it tells the story of the pains and woes of an immigrant Filipino family that is forcefully torn apart. Sooo good!!! Tagos sa puso!

"@msleasalonga & Ms. Princess Punzalan are the Philippine actors in it too. Watch it, by all means, if you see it showing near you! Nakakamiss ang #buhaypelikula #KacecapadesLA"

Yellow Rose revolves around headstrong but talented Rose (Eva), a Filipina teen from a small Texas town, dreaming to leave and fighting to pursue her country music dreams while facing the threat of deportation.

Lea is cast as Rose’s aunt Gail, who went through her own struggles with immigration.

KC then looked back on her previous movie titled Boy Golden, which competed in the 2013 Metro Manila Film Festival.

In a separate Instagram post, KC shared a clip from from Boy Golden that showed her performing a seductive striptease as she slowly removed her clothes.

KC posted another video clip showing her gyrating and touching her boobs as she did her striptease.

A netizen using the Instagram handle @aehrfv21 commented that doing this seductive dance was not suited to KC.

The netizen wrote: "Honestly this act doesn't suit for such an elegant woman even its just a movie."

In response, KC pointed out that doing these kinds of roles allows her to hone her craft and grow as an artist.

"Thank you for your kind words. However I would like to think that this is the whole point of exploring your versatility as an actress.

"To get out of the normal roles we usually play and also our persona of us as just ‘celebrities’ and actually bring to life a daring character that may or may not exist- as an actress, to serve a story and tell it through film, to work under a reputable film director and have a movie be breaking stereotypes and pushing your boundaries and to be part of a local film festival are all fulfilling -especially for people like us who have been in the mainstream for so long.

"It’s more about the craft at this point than pleasing the crowd. Sometimes artists need that freedom too"