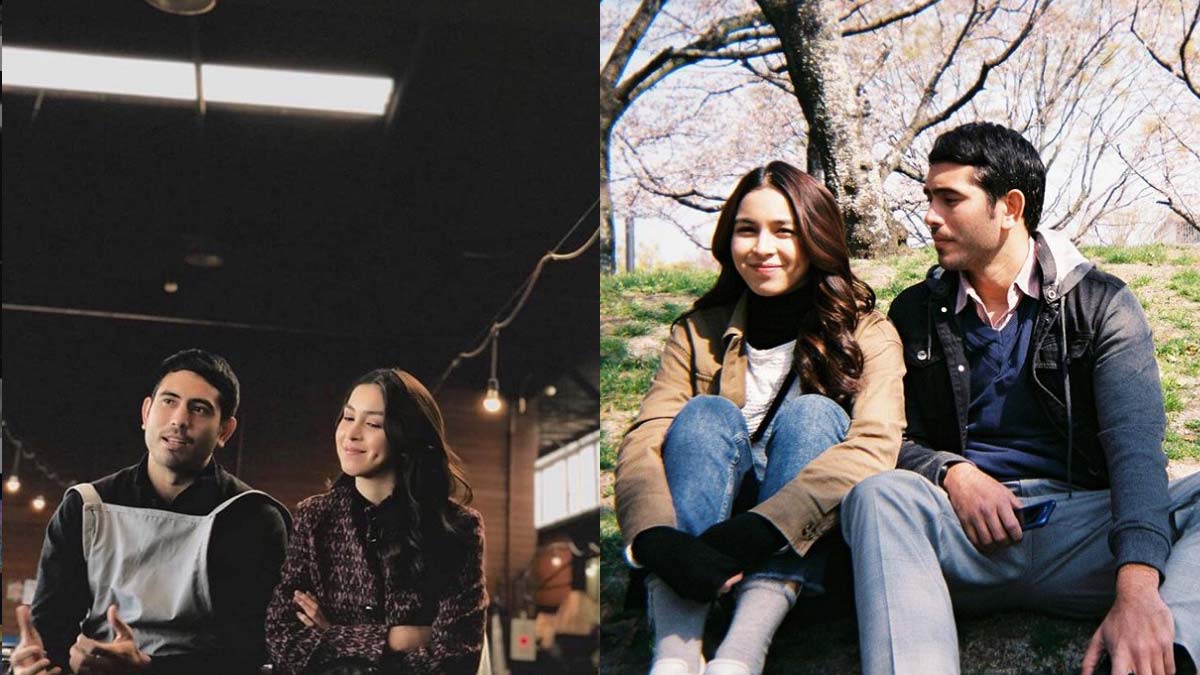 Julia Barretto and Gerald Anderson shot their movie, Between Maybes, in Saga, Japan.

“Maybe” is that foggy place between “yes” and “no” that can be filled with white noise or clouded in silence.

If you find yourself in this space of uncertainty, chances are there is another person trapped in between these maybes willing to join you in these fleeting moments to help you find your way.

In Jason Paul Laxamana’s Between Maybes, two lost souls seek solace in each other with no steep expectations other than to be there for each other as they come to terms with their fears and hopes for the future.

Hazel (Julia Barretto) is a former child star overwhelmed by the burden of reviving her flailing career and enduring an overbearing mother who is also her manager.

When she could not take it anymore, she skips a scheduled audition and books a random flight that takes her to Saga prefecture in Japan.

In a restaurant there, she meets Louie (Gerald Anderson), a fellow Filipino who has been living in Japan for quite some time.

Despite Louie’s initial annoyance at this sudden imposition from a complete stranger, the two strike an unlikely friendship and an even more unlikely romance.

As they spend time together in a town devoid of any distractions, they begin to reveal fragments of themselves and confront their troubles.

Between Maybes is golden in its silence.

The storyline is hardly original but it bucks everything that may be expected from a Pinoy romantic drama set overseas.

It’s neither touristy nor gritty as the lives of Filipinos overseas are commonly depicted in dramas. Panoramic views of tourist spots were used sparingly and overt portrayal of migrant worker struggles was avoided.

Instead, emphasis was placed on silence and contemplation as Hazel and Louie spend several days together in the sleepy coastal prefecture.

Accustomed to the Japanese way of life, Louie is reserved and hardworking, valuing the stability and predictability of his life.

Hazel, on the other hand, is loud and crass, constantly getting on Louie’s nerves but charming him with her free-spirited nature.

As their individual stories unfold, we come to realize that they are both lost with seemingly no hope for the future.

Louie, despite his disciplined and deliberate way of living, has given up having higher aspirations in life.

Hazel, though willing to quit her showbiz career in the Philippines to be with Louie in Japan, has serious doubts because she has no other skills to get by.

The filmmakers took a giant leap with this pairing which has not been tested before.

There are moments when it does feel a little uncomfortable seeing romantic moments between Gerald, 30, and Julia, 22, but because the film is story-centric rather than star-centric, the attention is shifted to the progress of the characters rather than the love team.

Julia is actually perfect for the role of Hazel as she manages to both be crass and charming at the same time while staying in character.

Gerald as Louie handled the role with a maturity and quiet intensity never before seen in his previous performances.

If Between Maybes can be faulted for anything, it has to be that the film could have explored more of world outside Hazel and Louie’s bubble to make their struggles and life choices more believable.

Hazel’s love-hate relationship with show business could have been fleshed out more as it is an area rich in conflict.

Other than this, the last minutes of the film from when Hazel leaves Saga feels unnecessary if the whole point of the film is introspection.

This makes it appear as if a sequel is in the making or if filmmakers underestimate the ability of the audience to accept a parting with loose ends.

While still in Saga, Japan, Hazel and Louie spend their last day together walking among cherry blossoms, a reminder in Japanese culture of the transient nature of things.

This was already a silent allusion to the transient nature of their relationship in Saga.

That’s why it was surprising to see the movie extend further when it was already moving towards a graceful end.

Despite this, Between Maybes remains an effective film that skirts the dependence on tried and tested love teams.

While largely a character-driven film, it is also a study on how parents can wound their children with selfish—even if unintentional—deeds.