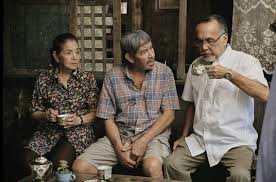 In its 24th year, the 2019 French Film Festival highlights the importance of family bonds and women's rights through its lineup of 15 contemporary French films and five award-winning Filipino films.

The week-long event will take place at the Bonifacio High Street cinemas and Greenbelt 3 cinemas from June 12 to 18, 2019.

French director Nils Tavernier will grace the opening on June 11 with the screening of his film, L'incroyable histoire du Facteur Cheval (The Ideal Palace), on June 11 at Greenbelt 5.

The film recounts the story of an ordinary mailman who devotes 33 years of his life in building a castle for his daughter. His other film, De Toutes nos forces" (The Finishers) also features a father who is challenged to fulfill his disabled son's dream of competing at the Ironman Triathlon in Nice, one of the most difficult sporting events in the world.

French Ambassador Nicolas Galey highlighted the role of families and women in today's society when he spoke to the Philippine press about the festival.

"Gender equality faces the same kind of debate that is also here in the Philippines. A popular expression like cinema can show that equality is not reserved for rich or poor, it's for everybody. Cinema is one of the best ways to address this, in serious but also funny and entertaining way," he said.

As a nod to France's commitment to defend women's rights all over the world, the French embassy and SPARK! Philippines are also offering a special screening of Bande de filles (Girlhood), a film about a teenager's encounter with three liberated girls. The screening will be followed by a forum that encourages dialogue on issues facing young girls in France and the Philippines on June 14.

This year's lineup include contemporary French films released between 2014 and 2018, many of which focus on the relationships between parents and children, such as Jusqu'à la garde (Custody), Dans la brume (Just a breath away), La Promesse de l'Aube" (Promise at Dawn), and La Villa (The House by the Sea).

The festival also continues its tradition of paying tribute to Filipino cinema on the Philippine Independence Day on June 12 with its lineup of five films: Pepe Diokno's Above the Clouds, which was co-produced with funding from the Aide aux Cinémas du Monde program of Institut Français.

Viewers will have the chance to see Carlo Catu's Kung Paano Hinihintay Ang Dapithapon (Waiting for Sunset), which received the Audience Award at the 2019 Vesoul Festival of Asian Cinema.

In this movie, Perla Bautista and Menggie Cobarrubias are a couple who have been together for 27 years. They are unmarried because of Perla’s estranged husband (Dante Rivero).

The festival will also screen Mababangong Bangungot (Perfumed Nightmare), which was partly filmed in Paris, in honor of National Artist for Film and Mass Communication Kidlat Tahimik.

Tickets for each screening cost P150 and can be purchased in advance throughwww.sureseats.com. The festival will also make its rounds at Ayala Center Cebu in Cebu City from June 20 to 22, at Abreeza Mall in Davao City from June 28 to 30, and for the first time, at Ayala Capitol Central Mall in Bacolod City from July 10 to 12, 2019.