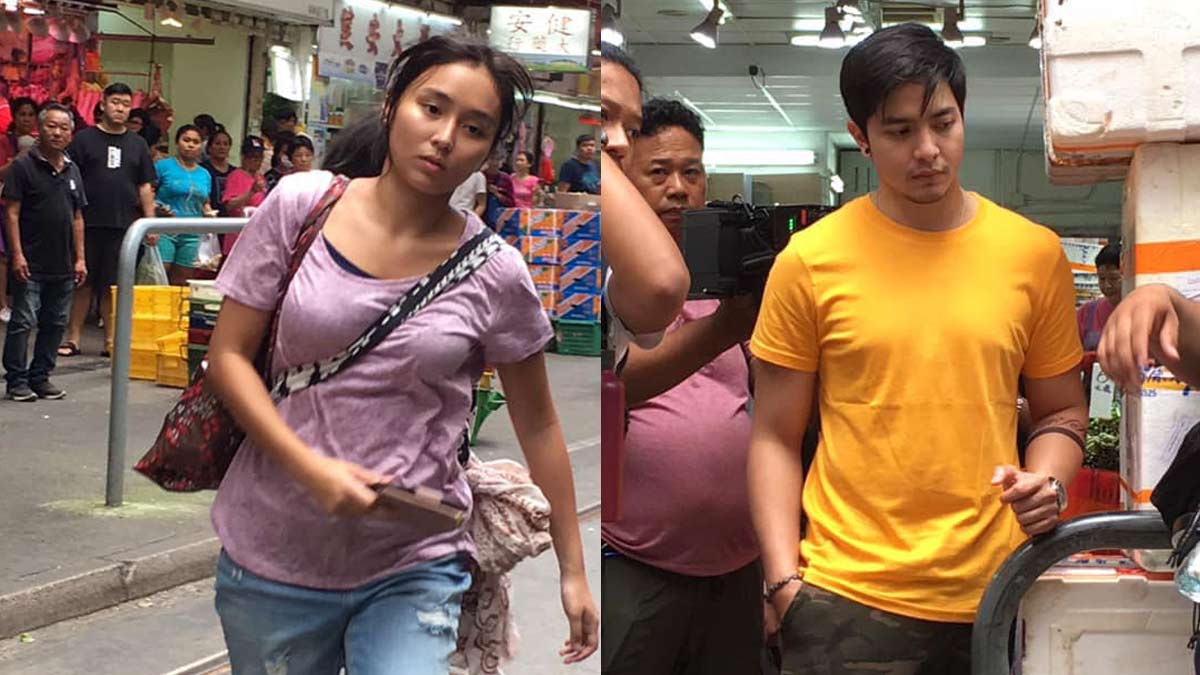 What can you say about the first teaser of Kathryn Bernardo and Alden Richards's Star Cinema movie?
PHOTO/S: Roxy Liquigan

The first teaser for Kathryn Bernardo and Alden Richards's movie, Hello, Love, Goodbye, has been released.

The two later meet at a restobar and smiled at each other.

Kathryn and Alden's characters are squeezed together after entering a cramped storage room.

In a later scene, Kathryn and Alden's characters talk while eating together.

Alden offered her food and told her, "Baka magutom ka."

Kathryn responded by saying, "I love you!"

The teaser, however, did not yet reveal the playdate of Hello, Love, Goodbye.

It was first reported by PEP.ph's (Philippine Entertainment Portal) PEP Troika column, published on February 20, 2019, that there was a big possibility Kathryn and Alden would be paired in a movie.

On March 6, 2019, PEP Troika also reported that the Kathryn-Alden movie might be shot in Hong Kong.

The movie was finally confirmed to be happening when Kathryn and Alden attended the story conference of the movie on March 12, 2019.

On April 9, 2019, Kathryn and Alden flew to Hong Kong to start the movie's principal photography.

Director Cathy Garcia-Molina officially wrapped up shooting on May 19, 2019.

PEPsters, what can you say about the teaser of Hello, Love, Goodbye?