MMFF New Wave feature films to get commercial run in 2015 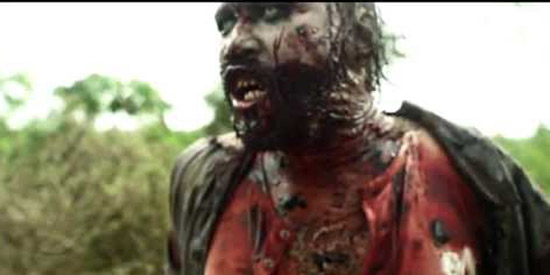 A scene from Grave Bandits, the Best Picture winner of the 2012 New Wave full-length category of the Metro Manila Film Festival. Filmmakers have until October 7 to submit entries to the MMFF 2014 New Wave section.

“This year, as we celebrate our 40th year, MMFF will continue the tradition of supporting independent films through a bigger, better, and bolder New Wave Section,” Tolentino said.

A brainchild of Tolentino, the Metro Manila Film Festival’s New Wave competition was introduced in 2010 due to the continued popularity of independent (“indie”) films that serve as a platform for aspiring student and independent film enthusiasts to showcase their talents.

The festival has four categories: Full Length, Animation, Student Shorts and Cinephone. Entries for all categories are now being accepted in the MMDA office in Makati City.

A cash prize of P300,000 will be awarded to the winner of the Best Picture of the Full Feature category, and a Special Jury prize will also be given with P200,000 in cash.

In celebration of the Ruby Year of the Festival, all full-length film entry finalists will be given the rare opportunity to show their films in commercial run in at least 20 cinemas in early quarter of next year, 2015.

The Best Picture in the Animation section will get a P100,000 cash prize.

For Student Shorts, the Best Picture will receive P50,000 and P25,000 each for special awards.

Six winners in the Cinephone competition will each receive P25,000 plus paid internships from Viva Films, Scenema Concept, and Quantum Films.

All the winners will be announced during the MMFF 2014 awards night in late December.

For the Full Length category, entries must have a minimum total running time of 75 minutes and must have been completed from 2013 onwards.

The Student Shorts category is open to student filmmakers from local colleges and universities. Entries must have a maximum 20 minutes running time and must have been filmed within 2014.

For the Animation category, entries must have a maximum total running time of 12 minutes and completed from 2013 onwards.

The Cinephone competition, meanwhile, is a nationwide cellphone movie-making contest for high school and college students. This year’s theme is “Pagbangon Pagkalipas ng Kalamidad,” a timely theme that would showcase the resilience of Filipinos in times of calamity, to the world.

PAST WINNERS. Previous Best Film winners of MMFF New Wave (full-length feature) include Lee Meily and Nelson Caguila's Pintakasi (2011); Tyrone Acierto's The Grave Bandits (2012) which had its market premiere in Festival de Cannes 2013 and participated in international film festivals (USA, Malaysia, Cambodia, Spain); and Armando Lao's Dukit (2013) which was nominated in Gawad Urian 2014 in more than 10 categories including Best Picture and Best Direction.

Deadline for submission of entries in ALL categories will be on October 7, 2014. Official finalists will be announced a week after.

For the mechanics, rules and regulations on how to join, please visit: www.mmff-newwave.ph; www.mmda.gov.ph/mmff; Facebook: www.facebook.com/metromanilafilmfest; or Twitter: twitter.com/mmfilmfest; or call Tel. No. 882-1801 or 442-4151 local 315.