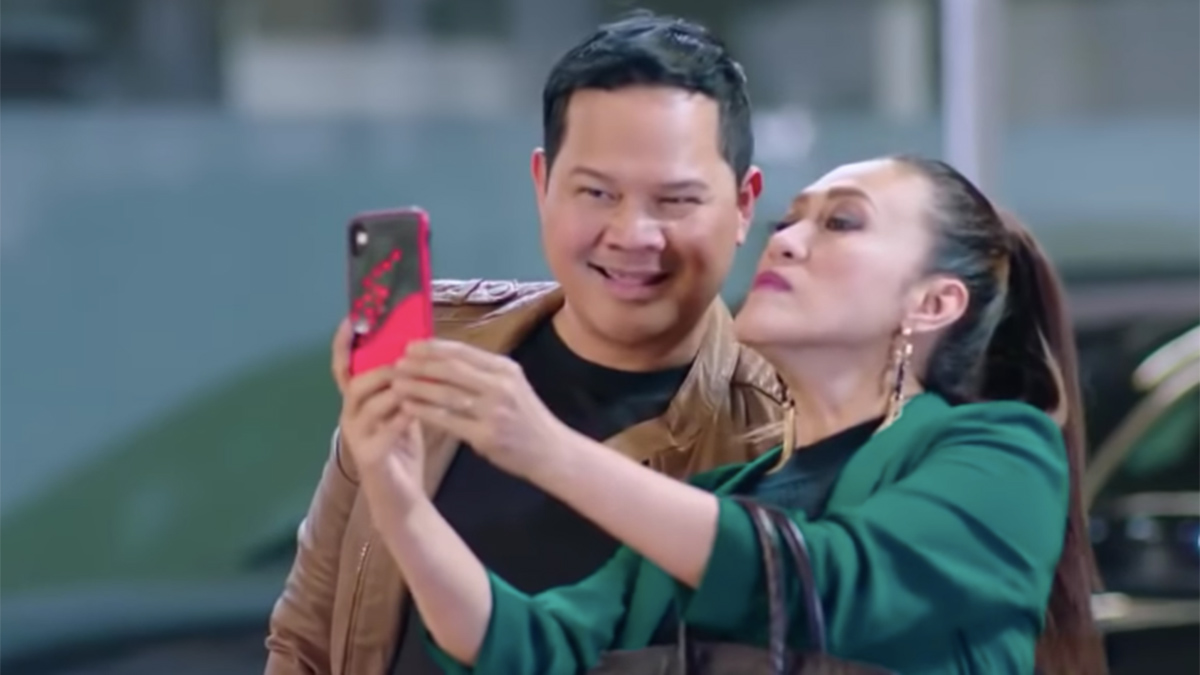 In the trailer, at least, Cignal Entertainment and DSL Production’s Feelenial looked promising as it leverages the prowess of seasoned comedians Bayani Agbayani and Ai-Ai de las Alas.

But what promises to be a richly-textured exploration of the struggles of middle-aged titos and titas struggling to hold on to dear youth and keep pace with the young and wild, turned out to be offering silly antics and moralizing in the end.

Refusing to go down with middle age, stupendously rich single mom Madame Bato-Bato (Ai-Ai) adopts what is perceived to be the typical lifestyle of millenials: clubbing, passing out in public, and documenting everything within an inch of its life on social media (because no photo means it did not happen, duh).

On a night out with her girl friends, she is pursued by a mystery guy (Bayani) but she passes out of intoxication without finding out who he is.

Frustrated with her situation, her girl friends and personal assistant talked her into an unsavory means of finding the mysterious stranger, much to the chagrin of her only son Nico (Arvic Tan).

As she gives up efforts to pursue this mystery man, she was #shookt when they meet again under awkward circumstances and their lives become entwined in one mishap after another.

Feelenial is a shortened term for “feeling millennial,” a sometimes derogatory term used for older people subscribing to millennial habits in a effort to cling to youth or just touch base with the younger people in their lives.

It’s a subject that touches most people, therefore relatable, not to mention a veritable mine for gags. And jokes run aplenty in this film.

Take your pick from the lascivious to the deadpan to the unbelievable.

Madam and mystery guy are surrounded by spunky characters who add color to their misadventures.

Unfortunately, that is all there is to it: gags and jokes and amusing sexual innuendos.

For lack of a better way to say it, Feelenial is crippled by lazy writing that focused on cheap tricks, ignoring character and story development.

Ai-Ai’s and Bayani’s talents were wasted on gags that stretched senseless without moving the story forward or allowing for an exploration of their motivation to act like the feelenials that they are.

And what it is with the unnecessary sweeping drone shots of beaches (like the ones done in wedding videos), I will never understand.

Despite its shortcomings, Feelenial serves as a fan-service of sorts, placing actors in comic situations that do not make a lot sense and are at parts incoherent for pure entertainment.

As it hastily ties up loose ends towards the end, it delivers a lesson about staying true to yourself amid the temptation to hide behind a social media persona.

Now, Feelenial bravely screens alongside Dark Phoenix, an installment of the X-Men series.

Should you see it? If you are an Ai-Ai and Bayani fan, yes. But do keep your expectations low and leave your children at home.