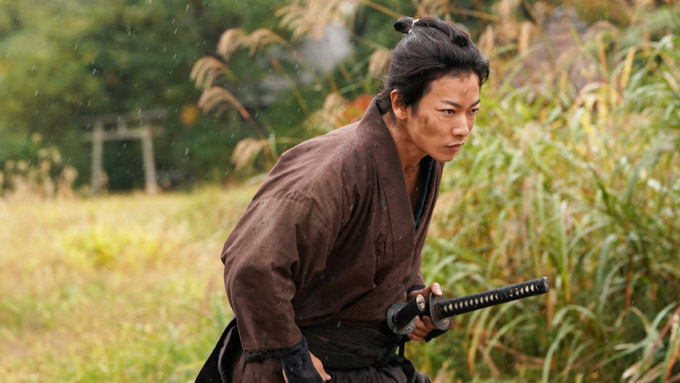 Takeru Satoh (best known for playing Samurai X aka Kenshin Himura) stars in Samurai Marathon, one of the films featured in Eiga Sai 2019.

Eiga Sai, the Japanese film festival organized by the Japan Foundation, will return to Shangri-La Plaza's Red Carpet cinemas on July 3 and will run until July 14, 2019.

This year, the lineup includes a variety of blockbusters from 2016 to 2019, as well as critically acclaimed films that made the rounds at international film festivals, including the Cannes Film Festival and the Academy Awards.

The festival will open with Samurai Marathon, a collaboration between an all-star Japanese cast and an international production crew. The film stars Takeru Satoh (who is best known for playing Kenshin Himura aka Samurai X in the live-action Rurouni Kenshin films).

Takeru Satoh is cast as an accountant and spy who alerts the Bakufu central government about the marathon organized by the Annaka feudal lord Katsuakira Itakura (Hiroki Hasegawa).

In Samurai Marathon, Annaka feudal lord Katsuakira Itakura (Hiroki Hasegawa) holds a run across mountain roads to get his samurai warriors into shape. However, the Bakufu central government views it as a rebellion and dispatches assassins to the castle. Meanwhile, Annaka domain accountant Jinnai Karasawa (Takeru Satoh) senses that something is amiss with the Bakufu. Japan’s renowned actor Takeru Satoh gives a subtle and stirring performance as the lead actor, providing action-filled, energetic experience for audiences.

There will also be two films by acclaimed director Hirokazu Kore-eda, most notably After the Storm, a family drama about a prize-winning author who gets another shot at life after he reunites with his family. The film was featured at the Un Certain Regard section of the Cannes Film Festival in 2016.

This year's Eiga Sai also puts the spotlight on two emerging filmmakers, Katsumi Nojiri and Chong Wishing. Nojiri's Lying to Mom, a family film which tackles suicide with humor, will be screened during the Cinemalaya Film Festival at the Cultural Center of the Philippines on August 3. Meanwhile, Wishing's Yakiniku Dragon, which shows the life of a Korean family living in Japan, will be part of the screenings at Shangri-La.

While the festival is rich with blockbusters from 2016 to 2019, it also features an indie film, One Cut of the Dead, which became a social phenomenon hit in Japan despite its no-name cast. The film, which made its debut in two theaters in Tokyo in 2018, features an indie film crew that is hard at work on a zombie film in an abandoned building deep in the mountains.

The festival also presents two animated films with Lu Over the Wall, a film about a young man's arrival at a fishing town, while Mirai tells the story of a young boy who encounters his younger sister as a teenage girl from the future.

Eiga Sai's roster also includes romantic dramas The 8-Year Engagement, a love story about a couple who waited eight years for their wedding to take place, and A Perfect World, a story about a paralyzed architect who tries to rekindle his relationship with his first love.

Meanwhile, the dramedy Mixed Doubles is a film about a ''table tennis girl wonder'' and her quest to beat her ex.

As for films based on popular manga series, the festival offers Laughing Under the Clouds, an action adventure film about two brothers and their attempt to stop a snake demon from endangering the world; and Kakeregui, a story about the lives of the students at an elite school that uses gambling to determine their fates. Meanwhile, The Crimes That Bind is a mystery film that starts with an unresolved death linked to a theater director, a charred corpse, and a past that haunts one detective.

The festival also presents the debut of The Tears of Malumpati, a heartwarming drama that is based on the true story of the Pandan Water Pipeline Project in Panay Island, where a young Japanese woman and a 5-year-old girl break cultural barriers to start a friendship over origami and a picture book.

The drama and mystery film The House Where the Mermaid Sleeps, which tells the story of a young couple that is confronted by a tragedy involving their beloved child, will close the festival at Shangri-La Plaza on July 14.

After the screenings at Shangri-La, the festival will travel to Robinsons Place Tacloban and SM City Legazpi from July 18 to 21, SM City Iloilo from July 25 to 28, Abreeza Mall Davao from August 1 to 4, the CCP from August 3 to 9, SM City Rosales, Pangasinan from August 8 to 11, Cine Adarna, UP Film Institute from August 14 to 17, Ayala Center Cebu from August 15 to 18, and Gateway Cineplex, Cubao from August 22 to 25.

Tickets for the screenings at Shangri-La's Red Carpet cost PHP 100, but will be free of charge in other venues.

(To view the screening schedule this year, CLICK HERE)