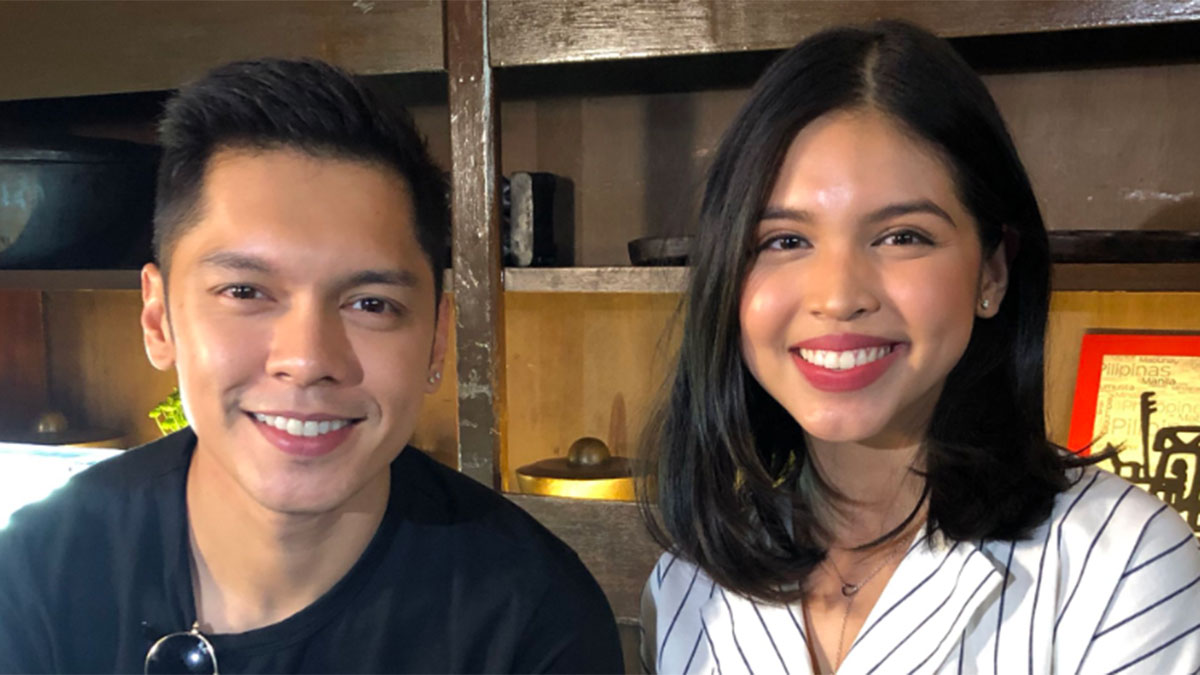 ABS-CBN actor Carlo Aquino and GMA-7 actress Maine Mendoza are paired together in the movie Isa Pa With Feelings. It will be produced by Black Sheep, a subsidiary of ABS-CBN Films.
PHOTO/S: @dearscarjames on Twitter

Maine Mendoza is the latest GMA-7 star who will crossover to do a film with ABS-CBN.

She will be paired with Carlo Aquino in a movie titled Isa Pa With Feelings.

It will be produced by Black Sheep, a film subsidiary of ABS-CBN Films, the mother company of Star Cinema.

The movie will be directed by Prime Cruz, who also helmed movies such as Ang Manananggal sa Unit 23B (2016) and Can We Still Be Friends? (2017)

According to Cruz, the Carlo-Maine movie will be about two broken people who will find each other.

With Maine top-billing this movie, she joins the roster of Kapuso stars who are able to do film projects with rival network ABS-CBN.

Other GMA-7 actors who were able to do films with ABS-CBN are Dingdong Dantes, Jennylyn Mercado, Solenn Heussaff, and Maine’s AlDub love-team partner, Alden Richards.

Alden is currently busy promoting his Star Cinema movie with Kathryn Bernardo, Hello, Love, Goodbye, which will be showing on July 31.

Maine Mendoza is known to be a fan of Carlo Aquino, which was first reported when she attended the premiere night of Meet Me In St. Gallen last February 2018.

Meet Me In St. Gallen was top-billed by Carlo and Bela Padilla.

After the screening, Maine, together with fellow Kapuso stars Sheena Halili and Juancho Trivino, was introduced to Carlo by director Irene Villamor.

Villamor is the director of the 2017 teleserye Destined To Be Yours, which was top-billed by Maine and Alden, and Meet Me In St. Gallen.

After being introduced to each other, Maine took a selfie with Carlo.

Maine later posted their selfie on her Twitter account and wrote in its caption, "Pwede mag fangirl?"

A playdate has yet to be announced for the Carlo-Maine movie Isa Pa With Feelings.