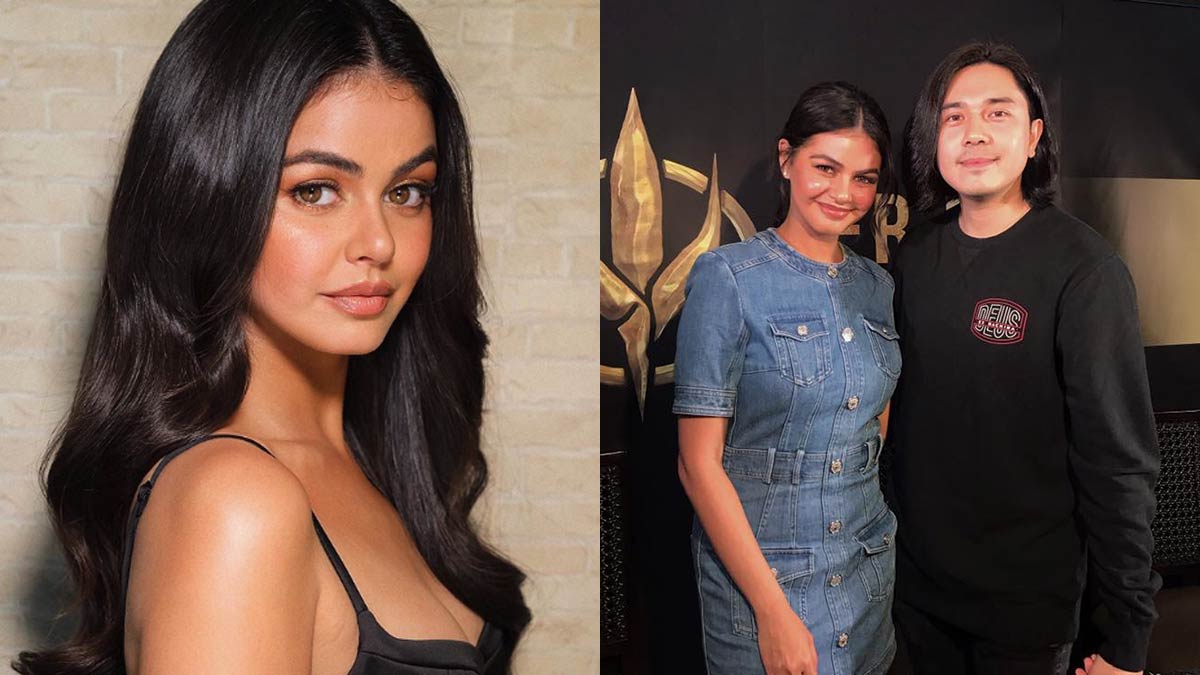 GMA-7 actress Janine Gutierrez will star with ABS-CBN actor Paulo Avelino in the upcoming romance film If We Don't Make It.
PHOTO/S: @janinegutierrez on Instagram / T-Rex Entertainment on Facebook

Janine Gutierrez has a new romance film in the works.

The GMA-7 actress will be starring in the upcoming T-Rex Entertainment film If We Don't Make It.

She will be starring opposite ABS-CBN leading man, Paulo Avelino.

"I'm excited to work with him kasi I also know that he chooses his projects well," Janine tells PEP.ph (Philippine Entertainment Portal) after a lifestyle event held on July 16.

The 29-year-old actress says she enjoys working in films because it opens up the opportunity to collaborate with talents from other networks.

"In movies, it's like a whole other world kasi you get to work with people na napapanood mo lang...

This year, one of Janine's first projects of the year was the romance film Elise.

In Elise, Janine worked opposite Enchong Dee, who is also from the Kapamilya Network.

Janine and Paulo will play "two people who are more than friends but less than lovers" in If We Don't Make It.

Janine describes it as a story about the "What Ifs" of life.

She says, "Parang, you know how everyone has that one person in their life na parang what if nila? Yung parang you almost become something but not really? So, there's always that lingering feeling na what if I actually told me I liked him or we actually tried? Or if we’re still together? So medyo ganun siya."

Will Janine's next leading man be her rumored boyfriend Rayver Cruz?

But she looks forward to the day that it will happen.

If so, Janine hopes she and Rayver will act in a teleserye together.

"Teleserye kasi we're already in the same network, so parang why not?

"I really want to work with him."

At the July 8 press conference of Hanggang sa Dulo ng Buhay Ko, the press asked Rayver if he is interested to work with the daughter of Ramon Christopher and Lotlot de Leon.

Hanggang sa Dulo ng Buhay Ko is a new afternoon drama of GMA-7. It will replace Dragon Lady, the series that Janine top-bills.