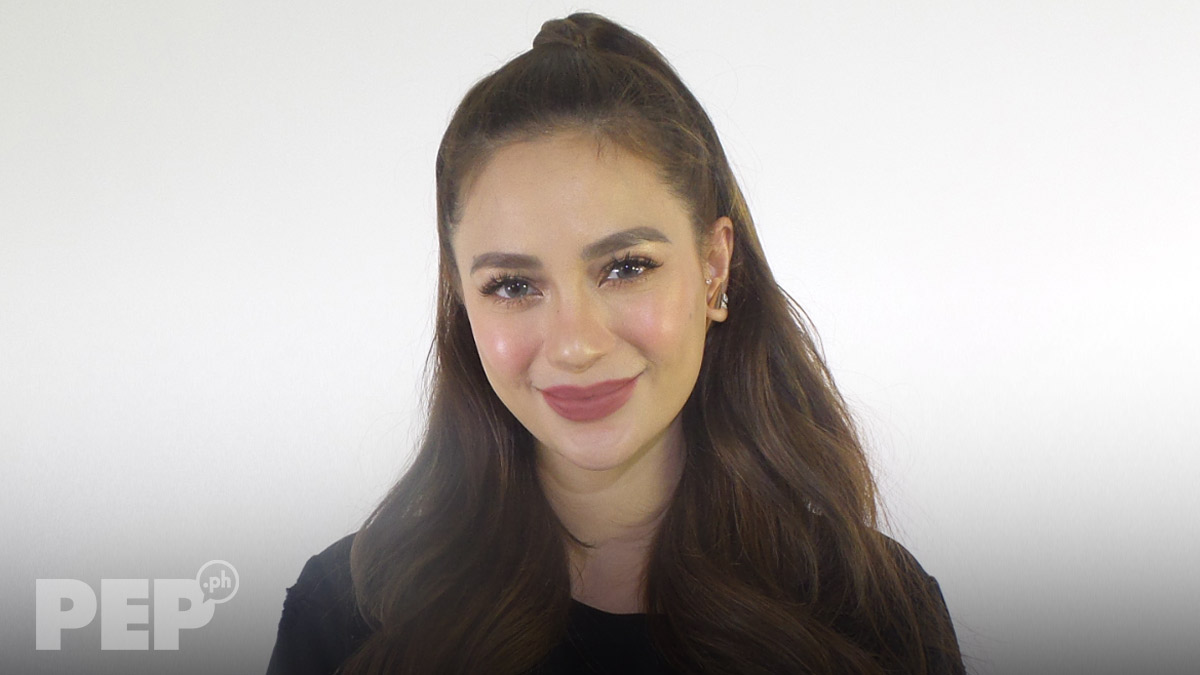 Arci Munoz was moved to tears when she was asked to do a provocative sex act for her new movie titled Open.

She revealed this during her Facebook Live interview with PEP.ph (Philippine Entertainment Portal) held last July 18.

Open is one of the official entries of the Pista ng Pelikulang Pilipino (PPP) 2019 that will run from September 13 to 19, 2019 in all cinemas nationwide.

Starring Arci and JC Santos, Open is one of the seven PPP feature films. Three other films will be showcased under the Sandaan showcase in line with the One Hundred Years of Philippine Cinema.

In Open, Rome (played by Arci) and Ethan (played by JC) have been together for 14 years. When the two begin to feel that their relationship has gone stale, they explore the idea of going open.

When asked to describe her leading man, Arci said that seeing JC reminds her of the days when she was still a Theater Arts student in the University of the Philippines-Diliman.

The Kapamilya actress even took it upon herself to check if JC's private parts would be seen in their scenes.

In the Guilty or Not Guilty challenge during her PEP Live interview, Arci was asked: Did she ever cry over a role that she did not want to do?

The actress candidly admitted that this happened recently when she shot Open with director Andoy Ranay.

Was she convinced to do this act for the big screen?

During her PEP Facebook Live interview, Arci also recalled that there was a time when she already wanted to quit showbiz.

This was before she was cast as Norma Elizondo-Samonte in the Filipino adaptation of the Mexicanovela Pasion de Amor.

Arci pointed out that she got to work with Direk Ruel when he was still with GMA-7.

She was referring to the 2006 teleserye Agawin mo man ang lahat.

Arci got her big break in showbiz when she joined the GMA-7 artista search StarStruck 3: The Nationwide Invasion in 2005.

Arci recalled how she became one of the leading ladies in the provocative teleserye Pasion de Amor.

In 2016, Arci had the chance to act opposite Gerald Anderson in the hit movie Always Be My Maybe.

Will she be doing a follow-up movie with her former leading man?

Watch Arci talk about Open on the video below: