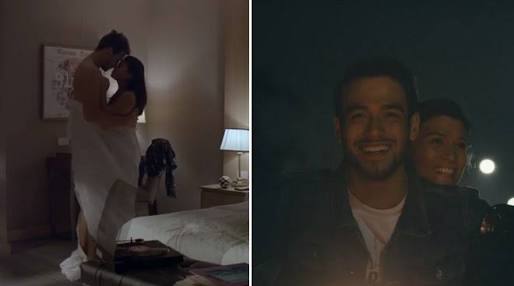 As the face of Quantum Films, lawyer Josabeth "Joji" Alonso has been producing films since the early part of the new millennium.

Having had her share of commercial and critical success, Alonso has been in the industry long enough to know what works and what doesn’t. Known for being a very hands-on producer, it comes as no surprise that she is now directing her own films starting with last year’s acclaimed short, Last Order.

Directing from a screenplay by Therese Cayaba (Delia & Sammy), the film focuses on a woman in her mid-40s who found herself attracted to a much younger man in his 20s.

Liz (played by Mylene Dizon) is a clinical psychologist who has been into several failed relationships. In later years, she has decided to focus on her work and her ailing parents. By the time the film opens with her mother’s funeral, her father had long passed away.

Now living all by her lonesome in the family’s big house, she is surrounded by antique furniture and art that her mom, an anthropologist, had accumulated over the years.

Prodded by her loyal friends Lauren (Jenny Jamora) and Marco (filmmaker Marlon Rivera) to sell off the antiques, Liz found a taker in antique dealer Josh (Kit Thompson) who wanted more things than she’s willing to sell or in his millennial “hugot” term, “let go.”

Knowing how much Liz is attached to the antiques, he flirts with her via SMS. She initially plays it coy until Lauren and Marco dared her to do something “reckless and irresponsible.”

Soon, Liz and Josh find themselves falling for each other.

Like some of the recent Quantum-produced love stories like Walang Forever and All of You, the romance of Liz and Josh in Belle Douleur are soon faced with several challenges, mostly about petty matters related to their age gap and personal circumstances.

Josh is used to living alone and doing things on his own while Liz has become accustomed to taking care of her parents and would like to do the same with Josh, even if he finds it to be too motherly of her.

Beautifully photographed, tightly-paced, and well-acted, Belle Douleur does not at all feel like it was helmed by a first time director. Given her credentials as a producer, Alonso is aware that she has higher expectations to live up to compared to other Cinemalaya filmmakers this 2019.

With Belle Douleur, Alonso left no stone unturned and drew on her experiences to create a compelling romance that should appeal to indie and mainstream audiences alike.

Easily the most impressive thing about the film is how well-made it is. Just about each scene, each shot (including those talked about love scenes) feels carefully staged, meticulously storyboarded and as far as the professions of Liz and Josh are concerned, painstakingly researched.

From Josh’s antique shop to Liz’s house to the café in front of her office, there is a lot of close attention to just about the smallest detail in terms of lighting, production design and yes, even continuity.

Getting Cayaba as screenwriter was also a good call as the former provided a natural and leisurely flow of character development for the two leads.

In keeping up with Alonso’s light approach, neither Liz nor Josh have a deep dark secret nor some unfinished business with an ex that needed to be resolved. And just when we thought that Belle Douleur was about to get a similar tragic finale as Walang Forever when Josh bought a motorcycle he could hardly drive, well, let's just say the film opted for a far less predictable conclusion.

As for the cast, Mylene Dizon pretty much owns this film. Belle Douleur is easily the best performance of her career and her most daring since her launching film, Gil Portes’ Gatas…sa Dibdib ng Kaaway way back in 2001.

In recent years, Mylene has mastered the art of nuanced acting that indie films are known for.

Mylene's subtle approach reminiscent of Hollywood actress Diane Lane (and equally as luminous) was effective in previous Cinemalaya entries such as Aparisyon (2012) and Mariquina (2014). But it also somewhat restrains her full dramatic potential.

Thankfully, Alonso and Cayaba gives Mylene a wider range of emotions to play with in Belle Douleur. Less is still more when it comes to this actress but she takes her portrayal of Liz a notch higher with just enough oomph.

Mylene was particularly heartbreaking in that scene when Liz quietly wept upon realizing what Josh is willing to give up in order for them to stay together.

Cinemalaya audiences will also remember Kit Thompson as one of the promising young actors that won the festival’s Best Ensemble Acting award for Gino M. Santos’ #Y in 2014. Belle Douleur marks his triumphant return to the festival with a charismatic performance that should lead to more headlining roles.

As a couple, the chemistry between Mylene and Kit is sheer electric. From their initial text messages to their passionate love scenes, audiences will be rooting for them regardless of their characters’ age difference.

Jenny Jamora and Marlon Rivera are likewise standouts as Liz’s loyal friends who don’t just provide some of the film’s funniest moments but are also given their own back stories.

May-December affairs are a fairly common theme in many movies so Belle Douleur, which in the end credits is revealed to be “based on a true story,” may remind you of many similar films and stories that you may have read or seen before. Don’t be surprised with its familiar feel.

While the petty quarrels between Josh and Liz are consistent with the film’s light approach, raising the stakes a little bit higher may be worth exploring if only to see how the couple will weather more storms.

As most May-December romance films are also not known for their happy endings, the film did feel like it was struggling to find the proper resolution for the dilemma that Josh and Liz faced towards the final act.

Just the same, the bittersweet conclusion (that proved to be more sweet than bitter) was still nicely executed although we still would have wanted a different approach that feels less hurried.

All told, Belle Douleur (A Beautiful Pain) is more than just an auspicious directorial debut for Atty. Joji Alonso. She has crafted a fresh take on a familiar theme and delivered a crowd-pleasing film that will likely earn a thumbs up from critics as well.

We don’t know about that thing about “breaking free from the confines that society puts on women” but the movie does deliver a strong message about women empowerment even in the face of imminent loss.

Although tastefully shot, the sex scenes can still be edited out without affecting continuity should the producers decide to opt for a wider MTRCB rating for its future commercial run.