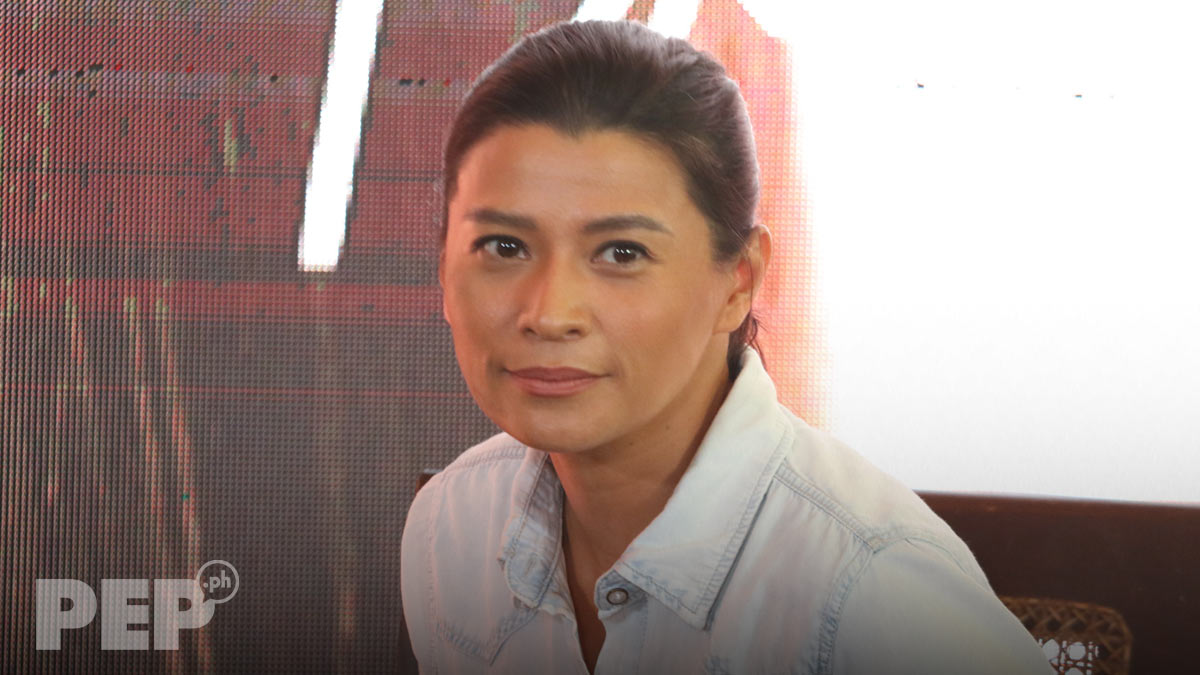 The 45-year-old actress takes on the role of a single career woman who falls in love with a much younger man (played by Kit Thompson) in this entry to the 15th edition of the Cinemalaya Philippine Independent Film Festival.

Mylene recalled that she hesitated about accepting the offer of the movie’s producer and debuting director, Joji Alonso, who’s a lawyer by profession which is why she is known in showbiz circles as Attorney Joji.

“Honestly, in the beginning, I wasn’t sure because of the love scenes,” the female lead star explained. “I wasn’t sure if I was up to it.

“But I spoke to my partner, Jason, and he kind of encouraged me to accept the project,” she added, referring to her boyfriend of six years, Jason Webb.

"Still when we were shooting the film, I wasn’t sure because I wasn’t sure how it was going to be. Talking about big love scenes that I haven’t done before of this caliber.

"The whole journey—from the time it was offered to me up to when we were shooting it up to last Saturday’s gala—was scary. It was nerve-wracking. Ang sakit-sakit ng batok ko.”

Belle Douleur had a successful gala screening on August 3 at the Cultural Center of the Philippines (CCP).

This Cinemalaya 2019 entry will have a nationwide theatrical release starting August 14.

The last time Mylene did a love scene was for the Chris Martinez film, 100, in which she plays a cancer patient set on completing her bucket list.

Mylene’s stellar performance won for her the Best Actress award at the 2008 Cinemalaya, and at the Urian and FAP Awards the following year.

"When I did 100—me and TJ—ano ba naman yun?” she quipped, referring to her co-star TJ Trinidad.

“It’s nothing close to what I did in this movie.”

Mylene and Kit have three sets of love scenes in Belle Douleur, including one that shows her legs wrapped around his waist.

The first time Mylene did love scenes was for Gil Portes’s 2001 war drama, Gatas… Sa Dibdib ng Kaaway, and after that, she shied away from such assignments.

She shared with the press what she told her boyfriend Jason after making that decision. “I said she [Atty. Joji] had a dream, and she wouldn’t take no for an answer.

"I’m going to do one thing na lang—one big thing—let this be it. Before I turn into a farmer or some sort. Yes, I want to contribute to realizing her dream."

For her part, Atty. Joji said that Mylene was her first and only choice to play the lead role of Elizabeth, nicknamed Liz, who makes a big sacrifice in the story for the man she loves.

The first-time director admitted that she really wouldn’t take no for an answer as she never had any other actress in mind.

“Magaling si Mylene na artista. She can draw many emotions.”

“Apart from that, of course, gusto ko ang lead actress ko is beautiful and sexy.

"So those combined, I cannot go wrong with a Mylene Dizon.”

Mylene then explained how she prepared for the love scenes.

“Once you’ve broken that shell—for me, at least—it’s easier to get into the emotions because I’ve already broken the barrier. Rather than sa 5, 4, 3, 2, 1 ko pa gagawin. That was my technique.”