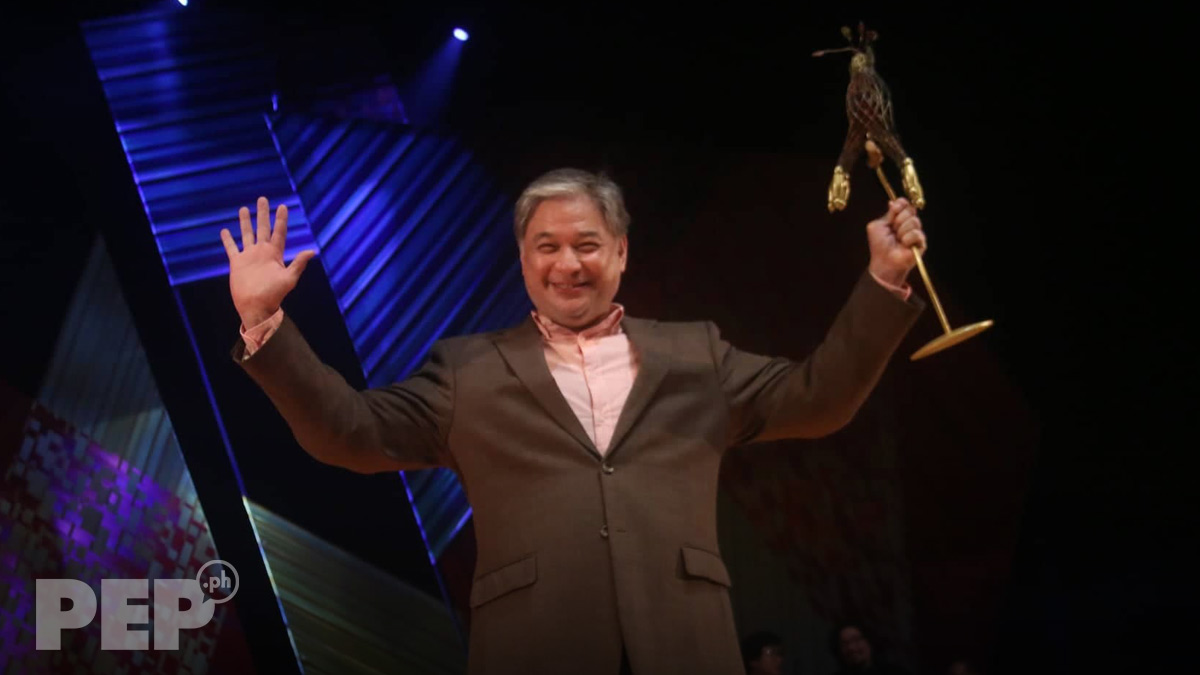 As an actor, Ricky has had his share of acting accolades, most recently in 2017 where he took home not just one but two Best Supporting Actor trophies for Giancarlo Abrahan’s Paki (Cinema One Originals) and for Mel Chionglo’s Iadya Mo Kami (FAMAS).

But no matter how many times he goes up onstage to receive another award, nothing will probably prepare the 58-year-old actor for the emotional high of being recognized for a job well done.

The actor admits that winning his latest Best Supporting Actor award is even sweeter coming from the Cinemalaya film festival that is very close to his heart.

“I have been involved in Cinemalaya in many capacities, as an actor, [a member of the] jury, host, segment host, presenter, etcetera, etcetera. And this is my first time to win after 15 years [of being part of the festival] so this is very, very special for me,” he told PEP.ph and other media following his Best Supporting Actor win for Eduardo Roy Jr.’s provocative drama, F#*@ BOIS (formerly known as Fuccbois), which also won Best Director.

Asked how he felt when the role was first offered to him, Ricky said he never had a problem with the material.

“When I read the script, [I thought] it was quite daring and very simple. When I talked to the director, he only asked me if I’m willing to do the very delicate scenes. Ang sabi lang niya, we’ll all have a foot spa,” he recalled.

“Napanood ko yung movie ni Direk Eduardo Roy Jr., yung Pamilya Ordinaryo and I loved it. I really wanted to work with him so I said yes and accepted it.”

Asked how the film and his portrayal would impact the LGBTQ+ community, the actor admits that his character in F#*@ BOIS is a “representation of its dark side.”

“I’m an actor so I practice what I preach. Whatever is required of you as an actor, you have to do it, either you do it or you don’t. Kung hindi mo kayang gawin na tumalon sa swimming pool na walang tubig at una ulo then huwag mong gawin. Pero kung kaya mo, then do it wholeheartedly para buong-buo.”

As for the catch phrases, “Come to Mommy, boys” and “Party! Party! Party!” that defined his most memorable moments in F#*@ BOIS, Ricky said he just followed the script but was surprised when the crew all laughed and screamed with joy right after his first take when he said those lines.

As for winning his first ever Cinemalaya award, Ricky whose voice was still trembling admits to still being overwhelmed.

“Ang hirap i-explain ng feeling pero if you love what you’re doing, and if you’re given this opportunity, this recognition, hindi natatawaran yun, it’s priceless,” he quipped.

“I don’t know how to write a script but if I find a good material that somebody wants me to direct, particularly here for Cinemalaya, then I’ll do it,” he vowed.

“But even though I’m already directing, I’m still an actor so I hope to do a lot of films.”