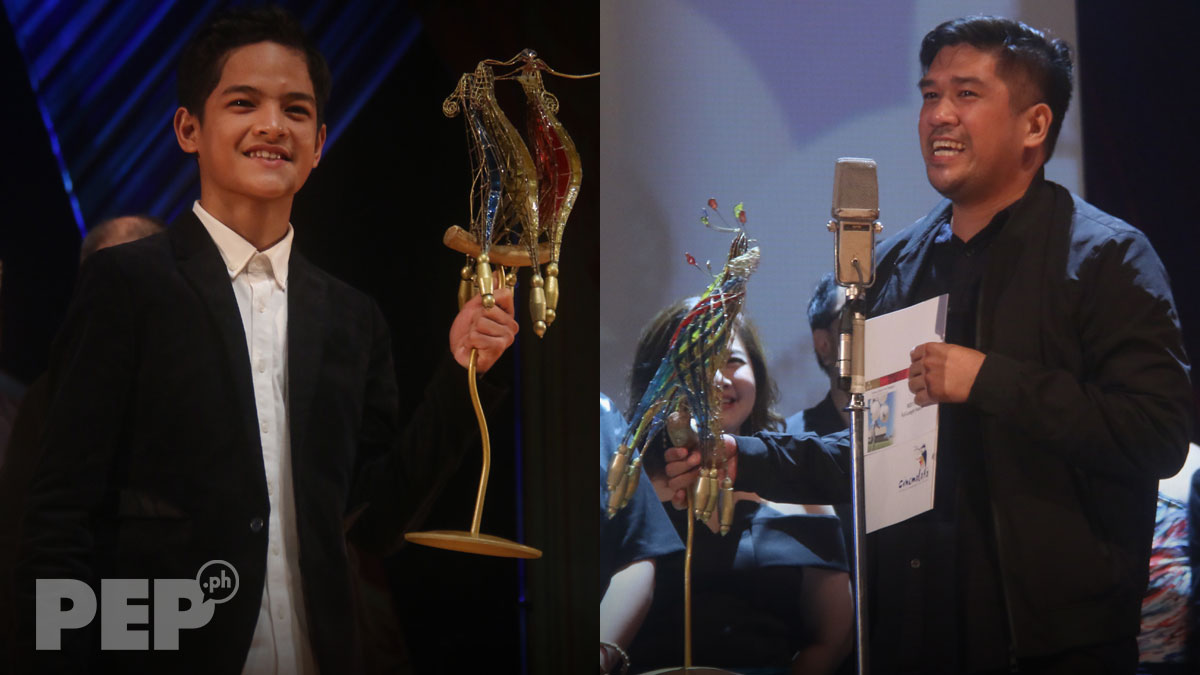 Winner of six awards in the 2019 Cinemalaya Philippine Independent Film Festival, Arden Rod Condez’s John Denver Trending follows the story of a 14-year-old farm boy in Antique. The boy's life is turned upside down when he is accused of stealing a classmate’s iPad and was later caught on video attacking the latter.

Direk Arden was sobbing unabashedly when he led the film’s cast and crew to accept their award for Best Full-Length Film.

Still emotional backstage during his post-award interview with PEP.ph (Philippine Entertainment Portal) and other reporters, the neophyte filmmaker said that he wants to dedicate his film’s accolades to the mother of a young boy who committed suicide as a result of relentless cyberbullying on social media.

Direk Arden, who has been writing teleplays since 2010 and is currently credited as one of the writers of ABS-CBN’s new gothic romance series, The Killer Bride, recalled some of the challenges he and his cast and crew had to deal with while making John Denver Trending.

For her part, Meryll admitted that she thought that the project was something special when the part of John Denver’s mother was first offered to her.

“Sobrang humbling ng experience na ito para sa akin. It’s so refreshing to act alongside these new, young actors. I like that they have really raw passion and a lot of innocence. Nagpapasalamat ako sa mga acting coaches because they are the ones who developed the chemistry in the community even before I came in,” she revealed.

As for his celebrated lead actor, Direk Arden said he looked at over 300 kids but was won over when a photo of Jansen was sent to him.

Already overwhelmed by the film’s awards, critical acclaim and warm audience reception, Direk Arden said the next step for John Denver Trending is to enter it in international film festivals and meeting with distributors to secure its commercial theatrical release. The director, however, is still awed by the impact his little film has made.

“I mean, it’s a regional film, Meryll Soriano is our only star, the language is not familiar to many. Our original plan after Cinemalaya was only to show it in schools and microcinemas. We never imagined it would be this big,” he admitted.