Kris Aquino to Gabby Concepcion: "Nagandahan ka sa akin at some point in your life." 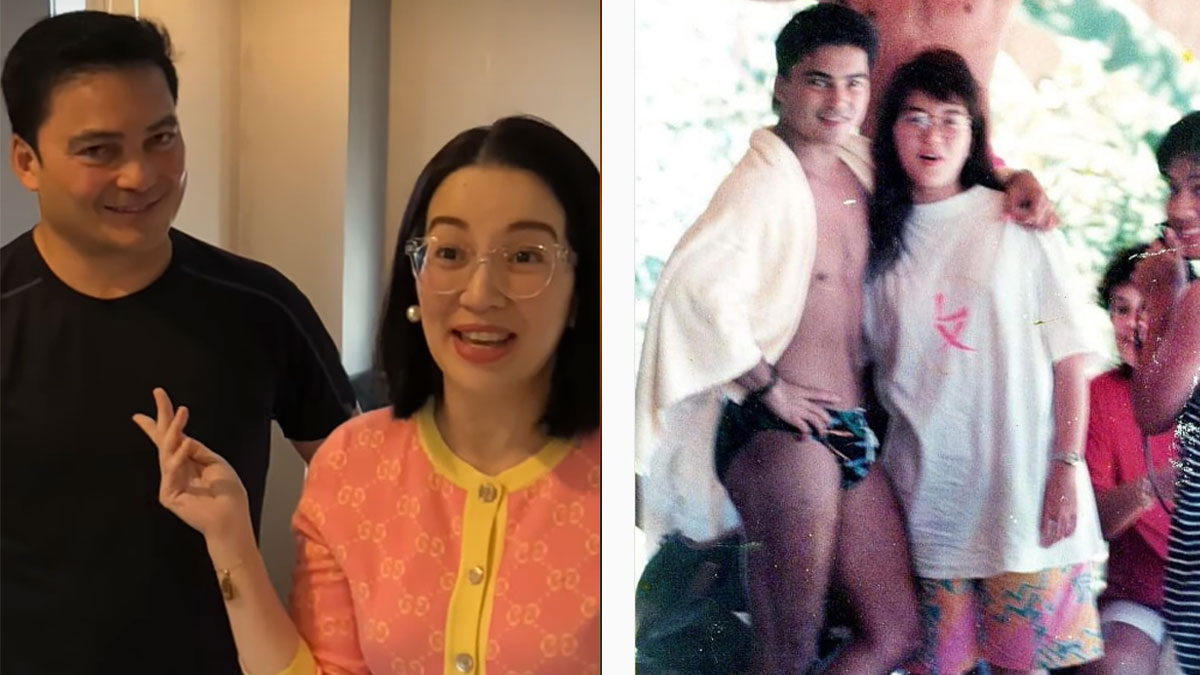 Kris Aquino and Gabby Concepcion had a date in Anilao, Batangas in 1990 even though Cory Aquino forbade Kris from going out with the actor.

"I just had to say thank you dahil talagang this movie would not be happening had he not said yes."

ShaGab is the fandom of Gabby and Sharon Cuneta's love team.

It may be recalled that Derek Ramsay was supposed to be Kris's leading man, but the actor chose to prioritize his GMA-7 prime-time series, The Better Woman.

Kris also told Gabby that she watches his current series, Love You Two, which he is still finishing at the moment.

She added that she got hooked on Gabby's previous show with Sunshine Dizon, Ika-6 Na Utos, which earned high ratings on GMA-7's afternoon slot.

"The one we really made subaybay was Ika-6 Na Utos. They were really obsessed.

Kris then shared her thoughts about Ika-6 Na Utos, which tackled the story of Emma (Sunshine) and her cuckolding husband, Rome (Gabby).

Kris said, "I would also think na it takes two to tango. Pwede naman may manukso pero it's up to you kung tatanggi ka o hindi."

STORY OF KRIS AND GABBY'S MOVIE

Kris then dropped a few hints about her MMFF 2019 entry with Gabby.

She told her leading man, "What was it knowing na you fooled around here, ha. That's the whole story, ha. The whole premise of this movie is nagkamali ka, may nabuo, nag-suffer ako."

Gabby said, "May nangyari kasi prior to us actually. So, of course, hindi ko naman alam na nabuo. That was before us.

"So noong nagkita na tayo, hindi ko alam na nabuo. Pero I think there's gonna be some changes but it's gotta be interesting."

Kris then revealed why she decided to accept the movie.

"Ako naman kasi, without revealing too much, I would like to make it clear that what attracted me to this is that sometimes, in marriage, you also develop a friendship.

Kris remarked again about Ika-6 Na Utos, "It was so unfair what you did when you were in... was that in Tagaytay, whatever, then she suddenly showed up!"

Kris was referring to Georgia, the mistress character played by Ryza Cenon.

In that Ika-6 Na Utos scene, Emma and Rome were celebrating their anniversary when Georgia showed up at the venue, and secretly made love with Rome while Emma was left alone in the room.

Kris answered, "Kasi may nagmamahal talaga ng totoo and you know why you became so lovable, because you loved her even when she wasn't attractive, tapos niloko mo kaya na-hurt ako!"

In the beginning of Ika-6 Na Utos, Emma looked "manang" and was overweight but the dashing Rome still loved her unconditionally, until the mistress entered their lives.

Gabby teased Kris by saying that she could relate to Sunshine's character who is someone plain-looking and transforms into a sexier and more confident woman.

"Gabby, nagandahan ka sa akin at some point in your life.

"At some point in your life, nagandahan ka sa akin in the past."

Gabby then pointed out that an old photo of him and Kris on a date have become viral recently.

She pointed out that the photo came from Lolit Solis, the former manager of Gabby.

Kris revealed that her date with Gabby happened in 1990.

Back then, Kris and Gabby were in a relationship, revealed Lolit.

The couple wanted to go on a date in the Anilao, Batangas beach house of Gabby. However, Cory Aquino, the mother of Kris, would not allow it so the young woman pretended that she needed to go to Anilao for a taping.

(K)Ampon is produced by Quantum Films and Spring Films. Kris is also co-producing the movie. 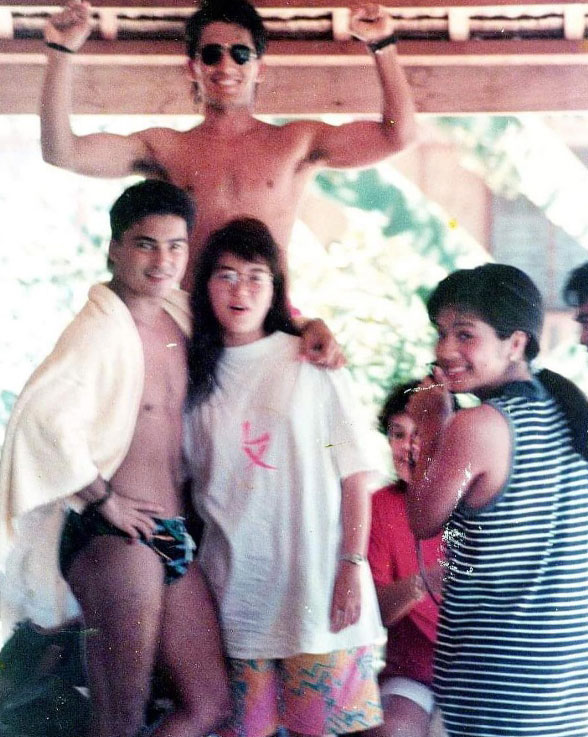