REVIEW: Paolo, Christian, Martin bring the house down in The Panti Sisters 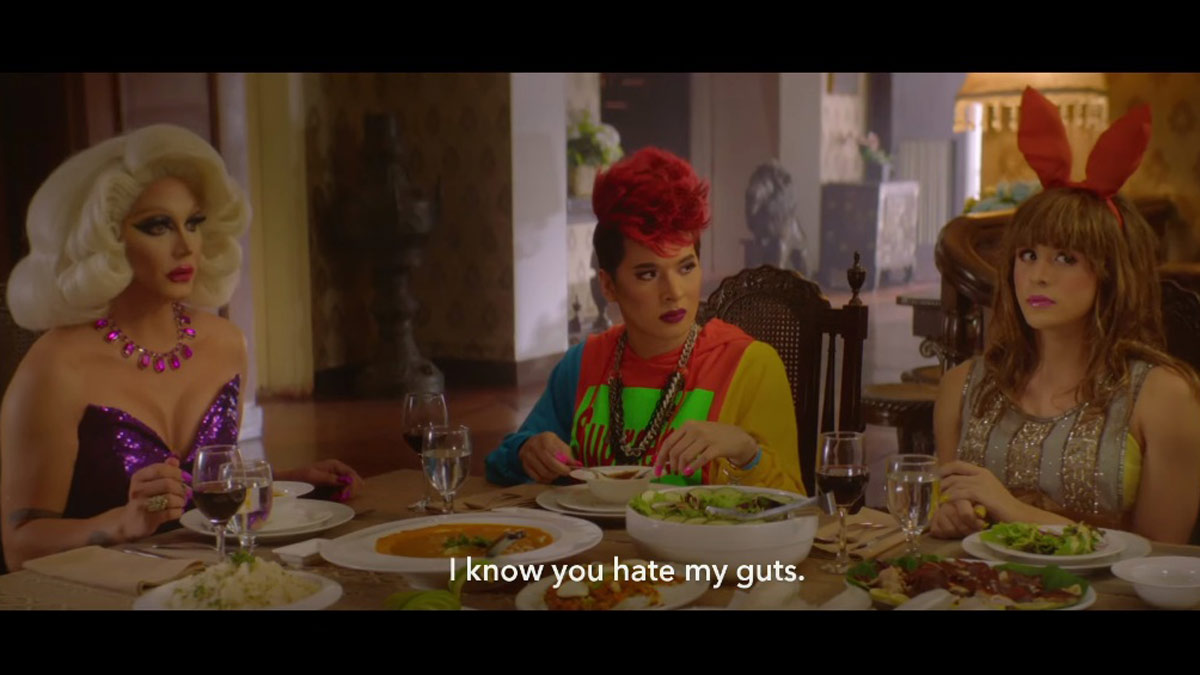 There was so much excitement when news about Paolo Ballesteros, Christian Bables, and Martin del Rosario starring in a movie called The Panti Sisters broke out.

For starters, Paolo and Christian played transgender beauty queens and besties Tricia and Barbs in the comedy flick Die Beautiful, which was both a commercial and critical hit in 2016.

But in the sequel of Die Beautiful, titled Born Beautiful and released in January 2019, Christian’s role was taken over by Martin.

In both movies, the three actors showcase their versatility—and they all look gorgeous in drag.

Small wonder then that the teaser video of The Panti Sisters—showing Paolo, Christian, and Martin beautifully made up in a hilarious scene with John Arcilla—went viral at its release in social media in July.

The people who look forward to watching the full movie won’t get disappointed when they catch it during the Pista ng Pelikulang Pilipino (PPP)’s run from September 13 to 19 in cinemas nationwide.

Indeed, The Panti Sisters is loaded not only with funny scenes and witty one-liners but also with timely lessons.

Director Jun Lana and screenwriter Ivan Payawal made sure that the very premise of The Panti Sisters is a goldmine of jokes and punch lines.

Emilio Panti (played by John Arcilla) insists on being called Don Emilio, even by his family members, in reference to his great wealth.

He summons his three estranged children to tell them that he’s dying and that he wants to have one grandchild from each of them.

The eldest in the brood, Gabriel (Paolo Ballesteros), turns up first at the Panti family mansion like a homecoming pageant queen.

“Call me Gabbi with an I—and I thank you!” he announces.

Gabriel and Daniel are reunited with their mother Nora (Carmi Martin), the legal wife of Don Emilio.

Samuel is accompanied by his mother Vilma (Rosanna Roces), the mistress of Don Emilio.

Apparently, the family’s patriarch is still in denial of the fact that his children are all gay.

He hasn’t lost hope in turning them into “real men,” so he makes a tempting offer of P100 million for each grandchild produced, and the entire P300-million bounty if only one son will be able to produce a child.

With big money at stake, the siblings hatch a plan each in taking Don Emilio’s offer.

Gabbi turns to his female friend (Roxanne Barcelo) as Daniel finds an ally in his neighbor (Ali Forbes) and Samuel returns the attention given by his childhood pal (Via Antonio).

They all get into comical situations in trying to hit their goal and overcome the distractions.

Gabbi and Daniel have a feud over one man (Joross Gamboa), and Samuel can’t contain his lust over his lover (Cedrick Juan).

Their hunky cousins (Marc MacMahon, Luis Hontiveros, and Addy Raj) try to lure their pretend girlfriends away from them.

Watching these scenes unfold onscreen elicits—based on the audience’s reaction at the movie’s premiere last September 10—reaction ranging from roaring laughter to a satisfied smile.

In the second half of the movie, the lighthearted mood is mixed with some somber tone that drags the pace a bit.

This slight setback may have been avoided if the serious moments were dramatized rather than verbalized.

Still, those serious moments are commended as it shows the movie’s stand in the ongoing public discussions on gender equality and recognition of LGBTQ rights.

The movie also addresses the question on what makes a family and the purpose of procreation.

On a lighter note, some memorable lines from the movies Himala (Nora Aunor as the visionary Elsa), Milan (Claudine Barretto and Piolo Pascual as OFWs Jenny and Lino), and Kaya Kong Abutin ang Langit (Maricel Soriano as the ambitious Clarissa) are given a comical twist to The Panti Sisters.

The homage to Philippine cinema continues with Carmi and Rosanna—as the warring legal wife and mistress of Don Emilio—imitating the wordless but eyeful confrontation of Nora Aunor and Vilma Santos in Ikaw ay Akin.

The Panti Sisters is one of the entries of the 2019 Pista ng Pelikulang Pilipino. No Hollywood or foreign films will be screened in cinemas nationwide from September 13 to 19 to make way for the PPP 2019 entries.