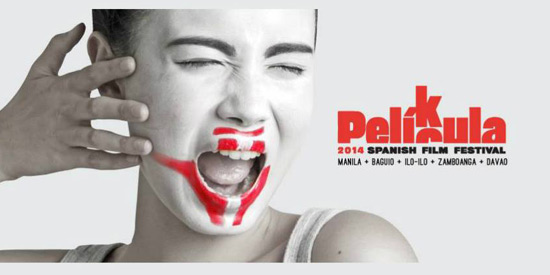 Pelicula-Pelikula, the annual Spanish Film Festival, comes back to Greenbelt 3 cinemas this month to entice filmgoers with 20 contemporary films in Spanish and various interactions with the art of filmmaking.

The 2014 edition of the Spanish Film Festival will run from October 9 to 19.

Luis A. Calvo Castaño, the ambassador of Spain to the Philippines, described the festival as a “multi-purpose meeting point” for Filipino and Spanish film aficionados and filmmakers when he spoke to the press recently.

“We take pride in Pelicula as it has become, over the past 13 years, a regular feature in the Philippines’ cultural landscape,” said Ambassador Castaño.

The festival will be graced by Spanish filmmaker David Trueba, who will present his 2013 film Vivir es fácil con los ojos cerrados, Spain’s entry for the Academy Awards in 2015. Trueba, who has won six Goya Awards, including Best Film and Be st Director, will also hold an open forum after the screening of his film on October 10.

Aside from the forum, Instituto Cervantes will also feature an exhibit that fuses film and human interaction at the Greenbelt 5 Fashion Walk, which will run throughout the duration of the festival. The exhibit will showcase various clips from the films.

“Pelicula-Pelikula is not just a Spanish festival, it’s also a festival of movies in the Spanish language,” Madrid emphasized.

After the Manila leg, the festival will also travel to Baguio, Iloilo, Zamboanga, and Davao thanks to the collaboration of the Film Development Council of the Philippines (FDCP).

For more information including the film festival line-up and schedule, visit the official website ofInstituto Cervantes.