Khalil on working with girlfriend Gabbi: "It's about time actors can work with actors outside the network." 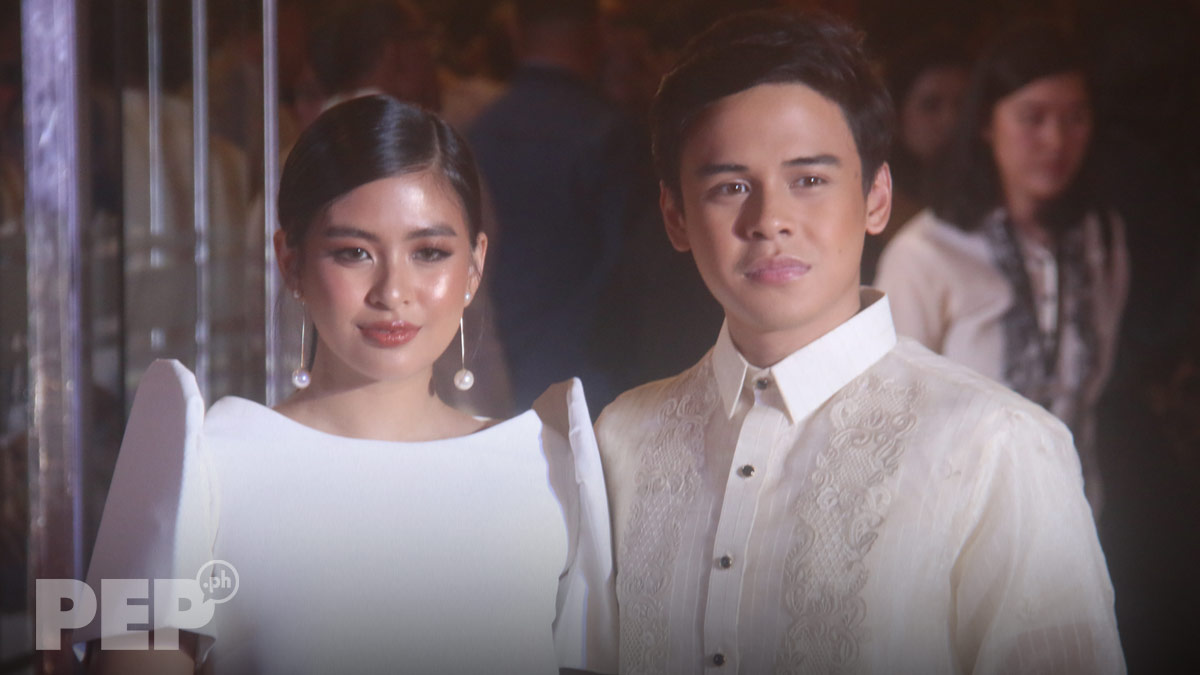 Two years together is a long time in showbiz-speak and Khalil Ramos and Gabbi Garcia, a real-life couple for over two years now, are proof that some showbiz relationships can go quite the distance.

The couple confirmed their relationship in July 2018, with Khalil doing so through Tonight with Boy Abunda where he shared how he and Gabbi met and eventually changed their labels from friends to lovers.

Their relationship of over two years is hitting another milestone as well this 2019 as they work on-screen together for the first time.

LSS (Last Song Syndrome), one of the movie entries to the 2019 Pista ng Pelikulang Pilipino (PPP), is under the direction of Jade Castro under Globe Studios and Dokimos Media Studios Inc.

As Gabbi explains, "Sara is an aspiring musician, pangarap niya talaga ever since na makilala sa industriya, through her songwriting and through her voice and isa siyang fan ng Ben&Ben."

Khalil on the other hand, is a work-from-home IT student, "Zak is going through a phase in his life na gusto niya umamin sa taong mahal niya pero di niya magawa."

The couple immediately clarify that it is not Gabbi's character that Khalil's character is in love with at that point. The non-love-triangle love interest is played by Iana Bernardez, one of the daughters of screen veteran Angel Aquino.

Khalil says, by way of pointing out the unconventional love story and romantic comedy angle of LSS, "Hindi siya love triangle, it's stories ng individuals going through their own problems and life challenges, pero eventually," as Gabbi chimes in, "Kahit hiwalay yung story namin, matie-tie up sila through the music of Ben&Ben."

That is why one should never say never in showbiz land as the two young actors learned. They are both fans of the group Ben&Ben so when they saw the piece, Gabbi confesses, "Since the script, nung nabasa namin yung script at nalaman namin na we will be doing a musical with Ben&Ben, of course wala nang tanong-tanong, regardless if anybody would say my party or his party would accept the roles."

Khalil expounds that for him, the challenge of working together came from a different perspective: the pair had never before been together on the screen, "I guess it was a challenge for us, we didn't really, kung baga yung foundation ng relationship namin bilang magkaibigan, bilang partners, it never happened on a set, in front of cameras. We are just really friends off-cam so going into the project, we really had to think about it, think it through, kayanin ba natin or paano kung di pala tayo effective on-screen."

Khalil reveals that in as much as they are friends first, it was still weird for them, "Weird sa simula lalo, kasi di namin alam kung nakakilig ba kami."

However, unlike other actors who need familiarity workshops or more behind-the-scenes time, the actor-couple did not have this concern.

Khalil says that in showbiz, if he worked with a different partner on screen, "I would have to invest time to be able to get to know her, halata pag awkward kayo sa cam, at least papaano, kailangan may relationship, friendship kayo naestablish."

Khalil says that is definitely an advantage to them, that they are really familiar with each other, "We've known each other for years, wala na kaming problem, di na awkward, it is really about what the scene requires the actors to be emotionally and physically."

Gabbi has appeared in shows of GMA-7 such as Pamilya Roces, Sherlock Jr., My Destiny, Encantadia, Let The Love Begin, and InstaDad and was part of the movie Meant to Be.

Khalil started on Pilipinas Got Talent before joining Princess and I on ABS-CBN followed by movie support roles in She's Dating the Gangster, Honor Thy Father, A Second Chance, to name a few. His first starring role was in 2 Cool 2 Be 4gotten followed by teleserye roles in A Love to Last and La Luna Sangre.

Did the actors learn new things or discover traits about each other in the course of the shooting of the film?

Gabbi is first to answer, "Besides sa traits, nakilala ko si Khali na in a professional way, him as an actor: ano yung mga process niya as an actor, so I learned a lot from him, paano siya sa set, paano siya makimingle with the director and all that, so it really helped me."

Because the two are very comfortable with each other, how they relate on set with one another is just an extension of how they are in real life. They are not outwardly ma-PDA, which Gabbi said caused several production staff to question if sila nga, "Yung mga PA namin sa set, nasabi nila,'Kayo ba talaga? Di kasi kayo sweet.'

All couples go through fights, big and small. How do Gabbi and Khalil handle it when they have a personal issue or tampuhan off-cam?

Khalil remarks, "Nagtatampuhan kami pero naaayos agad, e. One thing I like about our relationship is communication namin, may isang araw nag-away or mayroon tampuhan, it's either aayusin kaagad or iiwasan muna, we are both mature enough to be professional. Di namin pwedeng dalhin sa trabaho."

As young actors, the pair have a mature and healthy outlook, a good foundation as Khalil puts it as Gabbi adds, "We are not 100% yet, but we are learning constantly every day and both of us, we allow each other to grow outside of the relationship."

So are they considering each other for marriage already? Both agree and Gabbi shares, "What is the point of the relationship, di ba, if you are not aiming for that?"

Khalil puts it another way, "We both entered in the relationship, willing to invest for a future, pero siempre marriage is not a priority, now, not at all."

Khalil Ramos is a talent under ABS-CBN while Gabbi Garcia is with the Kapuso network. They are happy they've crossed the fence.

Khalil points out, "Kapuso, Kapamilya, wala naman kaso, wala naman problema, it's about time actors can work with fellow actors outside the network."