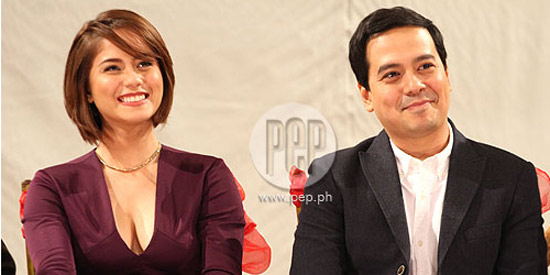 If there’s one thing John Lloyd Cruz, Richard Gomez, and Enrique Gil have in common, it’s their uncertainty when they were just starting out in show business.


The Trial actors recalled the biggest challenges they faced while talking about their movie that will open in cinemas on October 15.

It will be recalled that John Lloyd rose to stardom when he starred in the weekly drama series, Tabing Ilog (1998-2003).

But before his successful onscreen partnership with Bea Alonzo in Kay Tagal Kang Hinintay (2003), there came a point where John Lloyd suddenly ran out of projects.

“At that time talagang sabi ko, ‘Tama ba ‘to? Kasi talagang ginive up ko yung pag-aaral ko,” he shared during the presscon of The Trial last October 2.

John Lloyd also recalled that he even had to suffer his cousins’ constant teasing that he’s “baduy” for choosing to be an “artista,” only to find himself jobless at that point in his career.

Richard, for his part, also had doubts about making it in show business.

Before he landed a part opposite Maricel Soriano in Inday Bote (1984), the former commercial model didn’t really think that acting is something that he would be good at.

“At that time, I was in college, nagtatrabaho ako sa McDonald’s. So, pagpasok ng industry at that time, hindi ko talaga kung ano’ng mangyayari.”

Richard recalled that getting married at the peak of his career was also a tough decision to make.

At that time, Richard was 32 years old and Lucy Torres was only 23.

“Pangalawang biggest trial was the time when I was about to get married.

“And eventually that’s what happened. So, yung trial na-overcome ko.”

Enrique, on the other hand, jumpstarted his showbiz career as part of the 20 hopefuls of Star Magic Batch 16 in 2008.

At that time, he admitted that he didn’t really have much passion about carving his own niche in the entertainment business.

But he was forced to pursue acting as a means of earning extra income for his family.

But ever since he landed a major role in the teleserye Princess And I (2012), Enrique kept fielding lead roles in his home network.

“I just wanted to be happy with what I was going to do sa future. And salamat sa Diyos na it went through as I hoped for.”