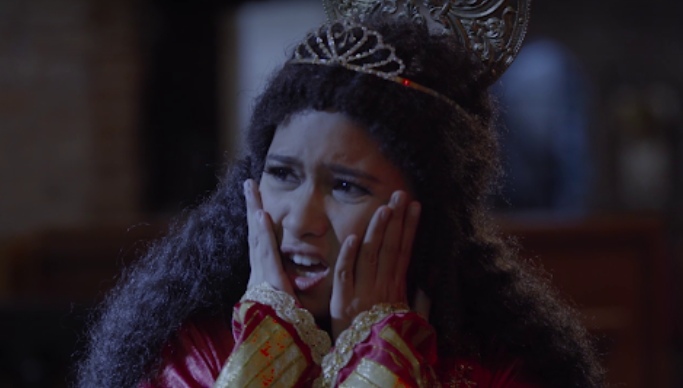 The awarding ceremony was held on September 29 at Pineapple Lab in Poblacion, Makati.

The Gold winner is Tim Rone Villanueva for Saint Nena!, a satire about a patron saint statue that springs to life, and is commanded by God to bear the Messiah with Manuel, a heartbroken boy.

Made while Tim was a student in De La Salle-College of Saint Benilde, the film has previously received numerous accolades, including Honourable Mention for Best Students' Short Film at the California International Film Festival X Davis Chinese Film Festival, 2018; and Best Short Film (Student Category) at the CineFilipino Film Festival, 2018.

"In making this film, I wanted to tell the story of my hometown in Kawit, about God, religion and faith. Santa Nena! Is about human desires, and how it leads to chaos and how it has its own cunning ways to know our weakest spots,” said Tim.

Phyllis Grae Grande was named the Silver winner for If Not (Kun ‘Di Man), which revolves around two blind street singers who soon realise that their partnership goes beyond music.

"I had the idea for the film when I used to commute often, and would see these old people singing in the stations; ultimately the film is about love, and how it is something that can be found in so many places,” said Phyllis.

Lynn Ana Maria Lim also received a special mention for The Sound of Silence, a drama about a sex slave who tries to escape her captor. It was inspired by historical heroines Gabriela Silang, Melchora Aquino, and Josefa Llanes Escoda.

All ten finalists received a 12-month Creative Cloud All Apps subscription from Adobe.

Aside from the main awards, the Audience Choice Award went to The Pieces Of Gone Dreams by Cyrus Kim Balasabas. The winner was chosen following a public voting period from September 2-12, 2019.

In the run up to the awards ceremony, Viddsee held a three-day programme at Pineapple Lab, starting with the premiere of Viddsee Originals Anak Dagat, a short film from last year’s Gold winner Ruello Zendo; and I Killed My Mother by Christian Rae Villanueva, who was last year’s Silver winner.

Both films were made with the grant money that came with the awards, with Anak Dagat made with additional PHP80,000 raised from fan-powered platform, VEE by Viddsee.

“These two films demonstrate how Viddsee and the Juree Awards can play a role in empowering filmmakers by raising their profile, and enabling them to tell the stories that are important,” said Nikki Loke, Viddsee’s Head of Content. “Seeing the quality of films from this year’s winners, we’re very excited for what Tim and Phyllis have in store for us.”

Also featured were a number of activities including talks on relevant topics such as developing personal brands, tips for freelance filmmakers, and international perspectives about the rise of Asian filmmaking.

Among the guest speakers during the event were filmmakers Mikhail Red (Eerie) and Annika Yañez, a finalist from last year’s Juree Awards.