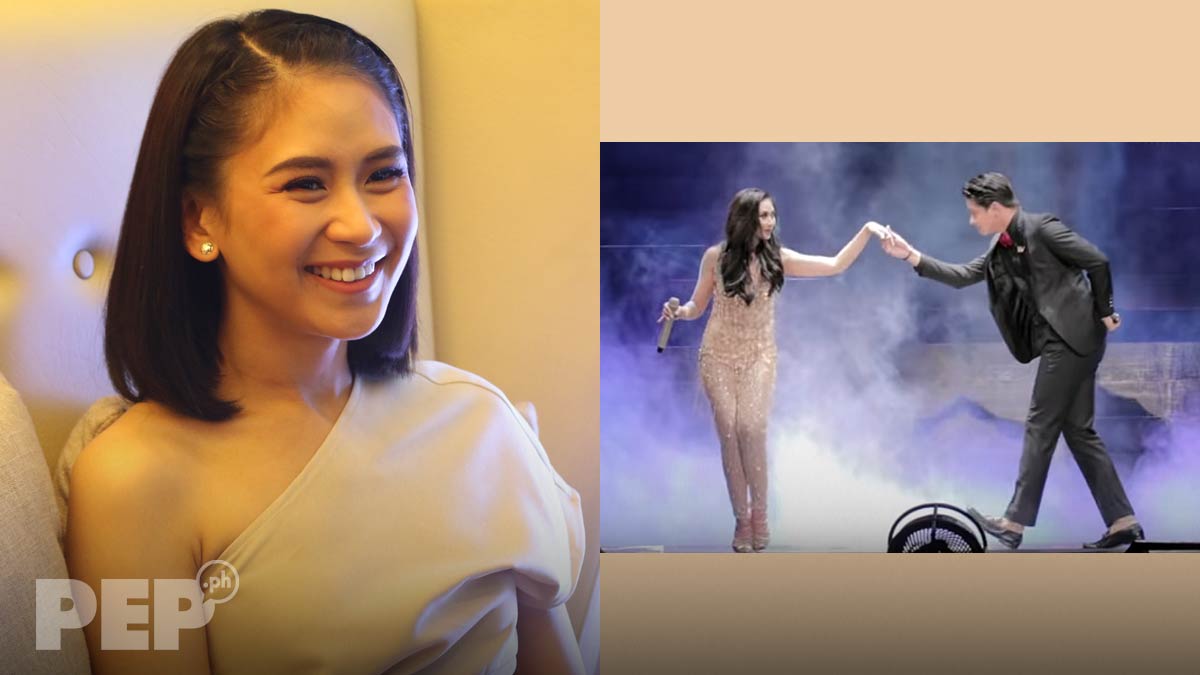 Seen in the inset photo is a kilig moment when Sarah Geronimo and Daniel Padilla performed "The Way You Look Tonight" at the Popstar Royalty's "This 15 Me" concert at the Araneta Coliseum in 2018.
PHOTO/S: Noel Orsal / Viva Films Youtube (inset)

"Pangarap ko rin makatrabaho si Daniel," said Sarah Geronimo when asked about the possibility of her and Daniel Padilla teaming up for a movie in the near future.

Speaking to PEP.ph (Philippine Entertainment Portal), the Popstar Royalty went on to say that it will happen once they find the story that will bring out the best in her and Daniel.

PEP.ph had a brief interview with Sarah during the mediacon for her movie Unforgettable, held at the Novotel Manila Araneta Center in Quezon City, last October 3.

Sarah, 31, pointed out that she doesn't want moviegoers to feel shortchanged once they see her and Daniel, 24, in a much-anticipated acting project.

Fans have been requesting for Sarah and Daniel to be paired with each other since the first time they did a duet for ASAP in 2017.

Back then, Daniel expressed his wish to be paired with Sarah in a movie.

Then in 2018, the two drew kilig reactions from fans when they performed "Quando, Quando, Quando" and "The Way You Look Tonight" at Sarah's 15th anniversary concert at the Araneta Coliseum.

In February 2019, Sarah and Daniel's medley song number for ASAP also earned positive feedback from fans, most of whom said that the two would make a perfect pair on screen.