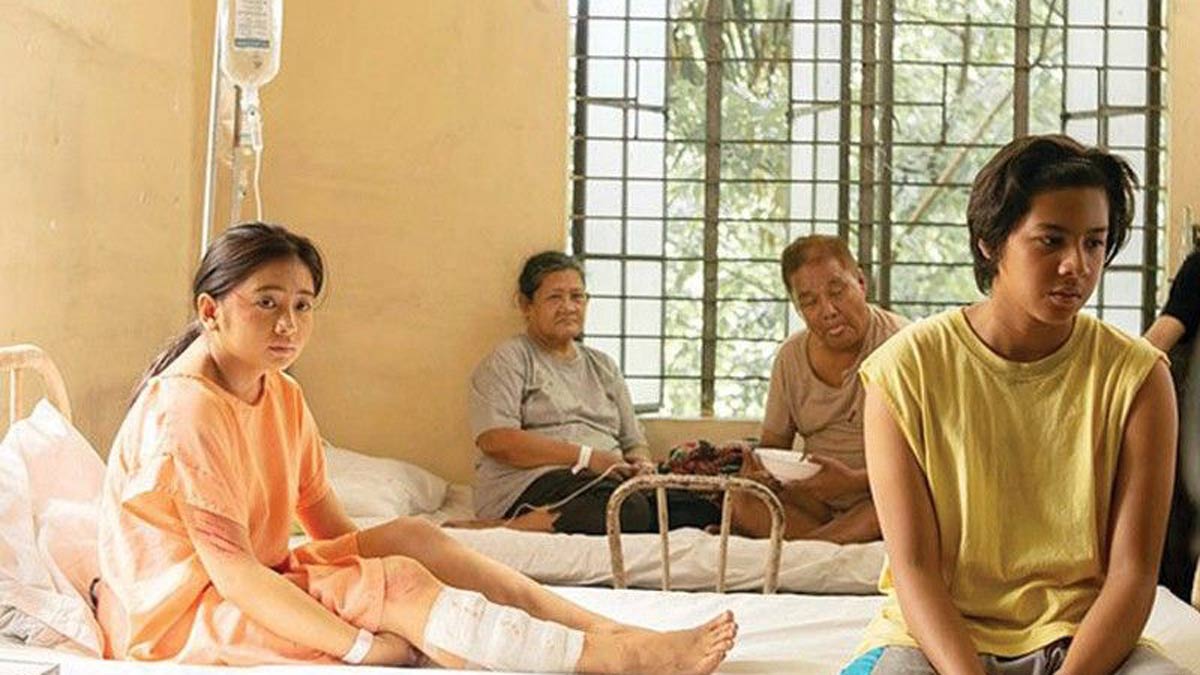 The wonder of youth is it does not take much to find happiness in a bad situation and to see magic in fleeting moments.

Director Thop Nazareno reminds us of this in Edward, a bittersweet coming-of-age drama about a young man who snatches every piece of happiness in a dire environment.

The eponymous hero, played by Louise Abuel, is stuck taking care of his sick father in a dingy and crowded public hospital for weeks after his brother skipped out on them.

To while away the time and hustle some cash, Edward does errands for patients and overworked nurses with his pedicab driver friend Renz (Elijah Canlas).

At the end of a long day’s work, Edward and Renz will smoke on the hospital’s balcony and laugh at the morgue attendant pimping out bodies to a necrophiliac. When they get bored, they make bets on who they think will live or die in the emergency room.

Edward falls in love with the angelic-faced and foul-mouthed Agnes.

Will their love bloom outside this hopeless place or does fate have other designs for them?

Edward is one of those movies that throw you in a reverie, to that place in your youth when the simplest things are magical, when friendships are for simple company rather than utility.

While it also touches on heavy subject matter such as filial obligation and social equality and justice, the story is dealt with a lightness drawn from the perspective of young people just wanting to get by.

In Direk Thop's hands, the claustrophobic and dirty hospital is both a playground and minefield that teaches Edward and Renz the hard realities of life.

In this sordid environment, Edward and Renz learn that life can be cheap and death can be dealt with in the most unceremonious way as possible. Such that when a patient dies, he is immediately taken away without a moment of silence to give way to another patient.

But no life tragedy is as bad so long as you can sit on the rooftop of a building and feel the breeze at the end of the day.

It still hurts but in that moment, you are young and alive and the city lights are below you. It does not matter that you are unshowered or bruised to the core. Tomorrow is another shitty and funny day that must be lived.

Edward may be faulted for its ambiguity, of not diving into the deeper back stories of the characters to flesh out their identities more. Especially for Agnes whose back story and very reason for being in the hospital was not explained.

But on the upside, this same ambiguity allows the audience to imagine back stories for the characters and empathize with them on various levels.

At only an hour and a half long, your commute to the nearest cinema will undoubtedly be longer than this movie.

But Edward is worth the hassle even if only remind us that life may be cheap but it is the fleeting moments we sincerely spend with people who matter to us and the things we do for them that gives it color, that gives it value.