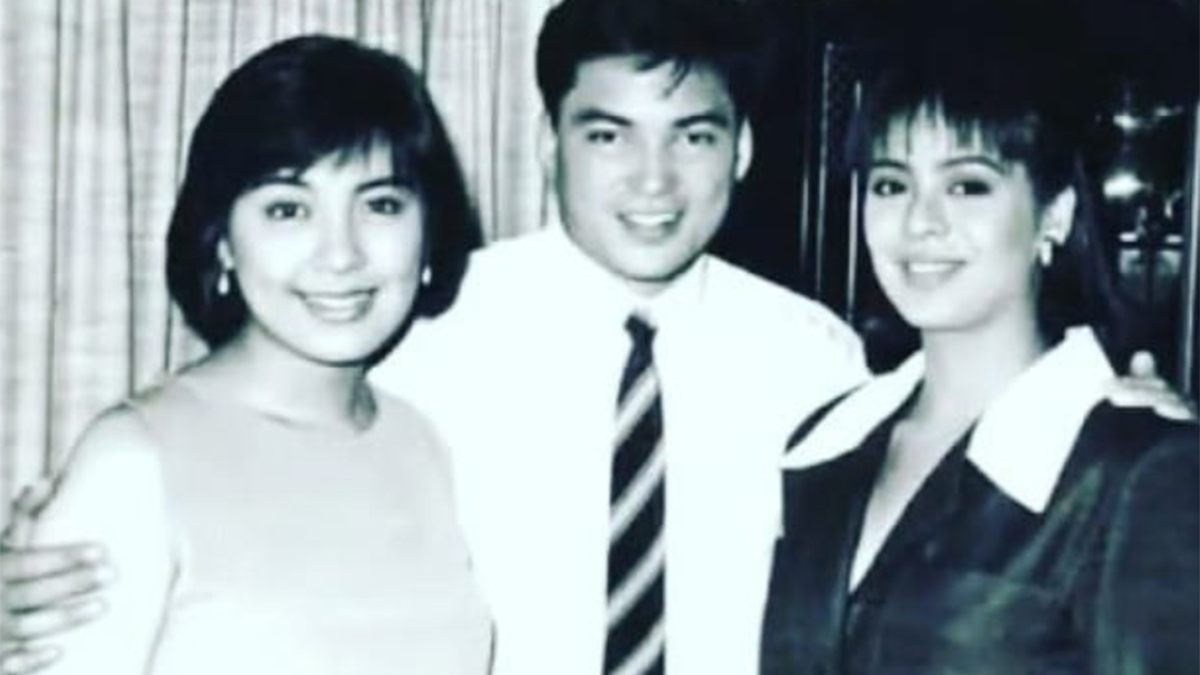 Remember when Sharon Cuneta, Gabby Concepcion, and Dawn Zulueta worked together in a movie?
PHOTO/S: @megamindonliner on Instagram

Remember when Dawn Zulueta played third wheel to Sharon Cuneta and Gabby Concepcion in a movie?

It was in the 1991 film Una Kang Naging Akin, produced by VIVA Films and directed by Laurice Guillen.

The movie's story revolved around engaged couple Vanessa (Dawn) and Nick (Gabby), who is dubbed as the "couple of the century." However, their beautiful love story is tested by a tragedy, after Nick's chopper crashed and burned in the jungles of Palawan.

Nick loses his memory and becomes known as Darwin Salvador. He then meets a beautiful artist named Diosa (Sharon). They fell in love and get married.

On the night that Diosa gave birth to her baby with Nick, Nick meets a bus accident. This incident causes him to regain his memory and forget his life as Darwin.

Nick then returned to Vanessa and they rekindled their romance.

Diosa crosses paths again with Nick after Vanessa hired her as painter.

The movie is known for its eight-minute confrontation scene wherein Diosa revealed that she is married to Nick even before he and Vanessa got married.

Una Kang Naging Akin is one of Sharon and Gabby's last films. It was one of the projects they did after their separation in 1987.

This was also the second time that Sharon and Dawn worked together in one film. Dawn previously played Sharon's best friend in the movie Nakagapos na Puso in 1986.

In 2008, GMA-7 did an adaptation of Una Kang Naging Akin under its Sine Novela umbrella series, which shows serialization of movies in television.

One of the changes in the TV version was when the writers decided to use Jessa as Maxene's name, instead of Diosa.