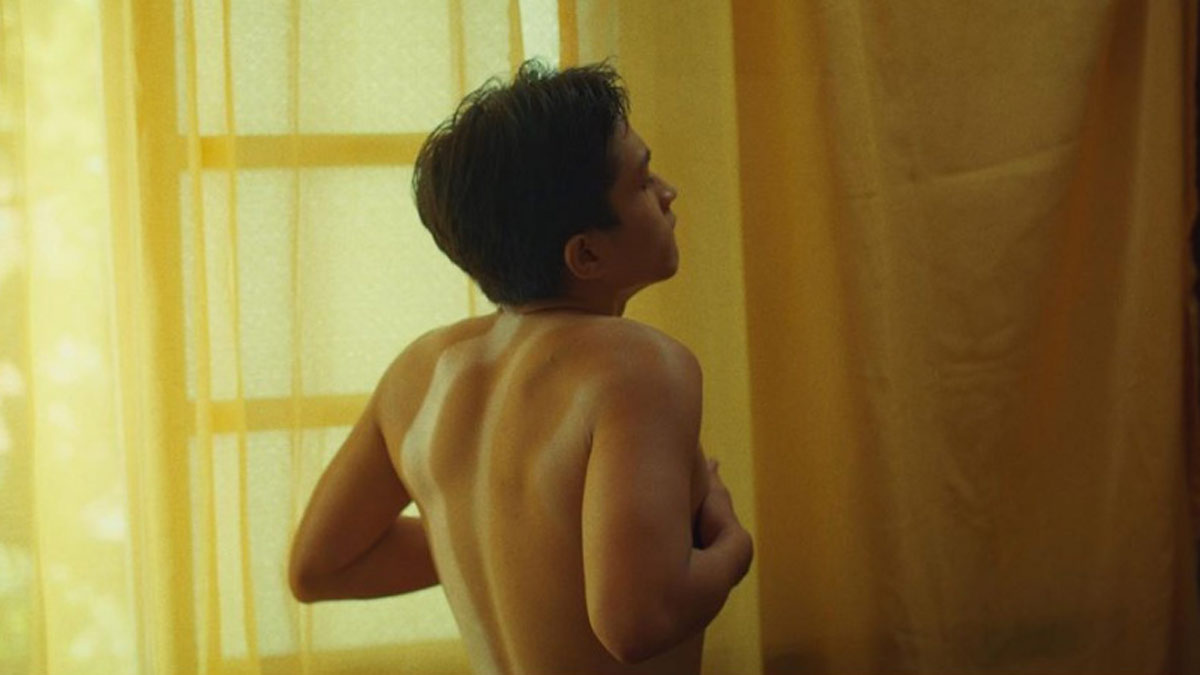 The Cinema One Originals 2019 entry Metamorphosis received an X rating from the MTRCB. Metamorphosis is a coming-of-age drama about intersexuality.

The Cinema One Originals 2019 entry Metamorphosis has received an X rating from the Movie and Television Review and Classification Board.

The MTRCB deemed that the film was "not suitable for public exhibition" for its sexually explicit scenes.

Jose Tiglao, the director of Metamorphosis, used his Facebook account to say that he will try to re-edit his film in order to lessen the daring scenes. He lamented the fact that by doing so, "mawawalan na ng bayag ang pelikula."

Metamorphosis is a coming-of-age drama about intersexuality. The film tackles the I in LGBTQIA+, which stands for Lesbian, Gay, Bisexual, Transgender, Queer, Intersex, Asexual.

Intersex is an umbrella term for about 40 different conditions, where a person is born with both male and female genitalia.

Gold Azeron plays the 14-year-old character Adam who expressed himself as
a boy while growing up. Upon reaching adolescence, he then experienced his
first menstruation.

Here is the complete statement of Metamorphosis director Jose Tiglao as posted on his Facebook page:

"The daring scenes aim to humanize the character who is an intersex. Intersex people are victims of stigma and misconceptions due to their unconventional anatomy. They were called "freaks" and "abnormal".

Ronald Arguelles, the head of Cinema One, expressed his hope that Metamorphosis will get a suitable rating from the MTRCB in time for its movie premiere.

Metamorphosis is one of the 10 official full-length entries of the 15th edition of the Cinema One Originals Film Festival. 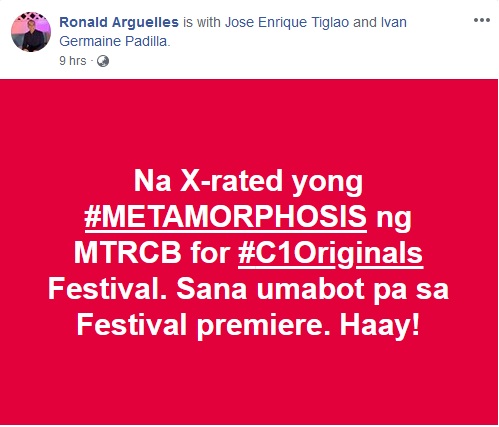