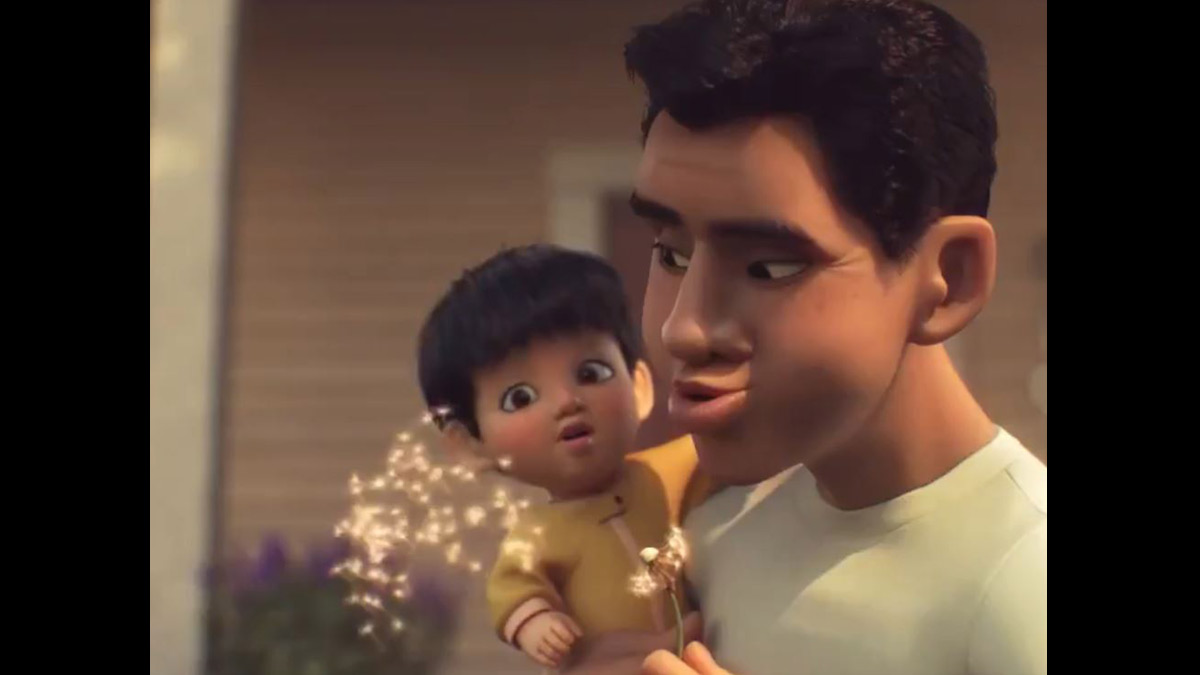 Pixar made this historic move in time for Filipino-American History Month.

The story revolves around a father and son, and how the father deals with his son who is different from other children because of his ability to float.

Pixar Animation Studios writer/producer Bobby Rubio says about his project, "It's based on my personal relationship with my son."

"I know we don't all look alike, but at the same time, I wanted traits that I had so that it at least felt authentic," he said in a recent interview with the American news outfit, ABC 7 News.

The animated characters draw inspiration from Rubio and his son.

"As a Filipino-American and it being Filipino History Month, I am super proud that this is coming out, and we are making history," said the storyboard artist.

Rubio started out wanting to work as a comic book artist. For 9 years, Rubio worked at Walt Disney Feature Animation as a traditional artist and storyboard artist. He worked on films such as Pocahontas, Tarzan, and Treasure Planet.

He also became part of Nickelodeon Studios where he served as an assistant director and storyboard artist for Avatar: The Last Airbender.

He then transferred to Pixar where he had the chance to work on Up, Brave, Monsters University, Inside Out, Incredibles 2, and Toy Story 4.

His short film Float is now available as one of the SparkShorts on the Disney+ app that was launched on November 12, 2019.

In Float, a father discovers that his son is different from other kids in the most unusual way. To keep them both safe from judgment, Dad covers him and keeps him out of sight—but when his son’s ability becomes public, Dad must decide whether to run and hide or to accept his son as he is.

Using his Twitter account, Rubio answered a question from a netizen using the handle @Wendall4808: "so if Bobby was single man with no children he would not bother with making this film pinoy leads ? just wondering from this clip"

Rubio wrote: "Hi Hugh! In your scenario I am single without children, so then this story would not exist! #PixarFloat is inspired by my son! And since it is MY story it only felt appropriate to make the characters #Filipino! Since I am Filipino. Thanks for your question!"

The short film Float has touched the lives of those from other cultural minorities.

"I’m not Filipino but it’s a story that anyone can see themselves in. A lot of people get short with their kids when worried or fearful. You packed a lot in this short and watching the making of spoke so much to me. Our assumption that White is the default."

In response, Bobby wrote: "I’m so glad that the story resonates beyond Filipinos! I wanted everyone to enjoy #PixarFloat! Thank you @cherry_LA #DiversityAndInclusion"