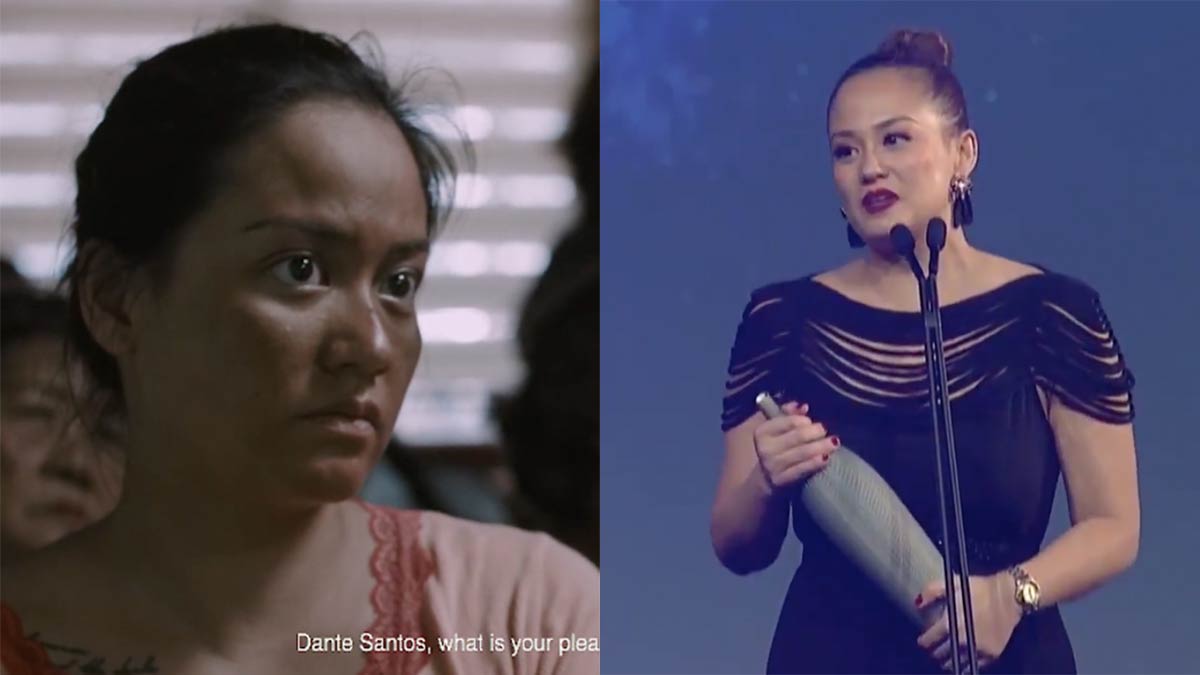 Max Eigenmann wins the Best Actress Award at the Asia Pacific Screen Awards for her portrayal of a battered wife in the movie Verdict.
PHOTO/S: Screengrab from Verdict / @APScreenAwards on Twitter

This is for her portrayal in the court drama movie, Verdict, which she co-starred with the late actor Kristoffer King who passed away two months after they finished filming.

In her acceptance speech, Max thanked key people in her life and career, including her manager Ricky Gallardo, Verdict director Raymund Ribay Gutierrez, and producer Brillante Mendoza. Max also expressed her gratitude for her two kids, Sandra and Massy, and her partner, Anthony.

She dedicated the award to the cast and crew of the film, especially Kristoffer.

Max became emotional when she thanked her mom Bing, "who always pushes me to be the best that I can be," and her dad Mark, "who I know is looking down on me from heaven right now extremely proud" in her acceptance speech.

Max said in her speech, "Thank you APSA. Being here tonight has been truly one of the momentous and exciting experiences of my life. Receiving this is beyond anything that I expected or imagined.

"I'd like to thank my manager Ricky Gallardo, who has taken really great care of me thrughout the entirety if my career. My director, Raymund Ribay Gutierrez, as well as my producer, Brillante Mendoza, for the trust and the guidance, of course, throughout us doing this film.

"I'd like to share this honor with my cast and crew, most especially my co-star, Kristoffer King, who played my husband in the movie and he passed away two months after we wrapped up the film, so I really like to share this with him.

"I'd like to thank my partner, Anthony, for his patience and undying support, and my children, Sandra and Massy, for being my inspiration and motivation behind everything that I do.

"And lastly, I'd like to thank my parents. My mom, who always pushes me to be the best that I can be, and most especially my dad, who I know is looking down on me from heaven right now, extremely proud.

"This is for you, Philippines. Mabuhay ang Pelikulang Pilipino! Thank you so much APSA."

Verdict, a court drama about a battered wife (Max) and the domestic violence case she filed against her husband (Kristoffer), won the Special Jury Prize in the Orizzonti New Horizon competition of the 76th Venice Film Festival.

Verdict is also the Philippines's entry to the 92nd Annual Academy Awards or Oscars, to be held in 2020.