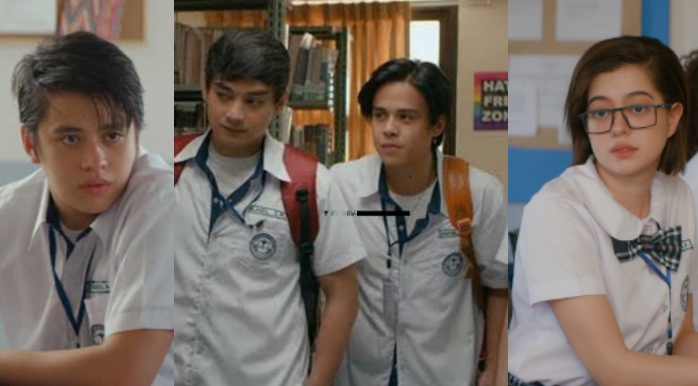 After having its world premiere as the closing film of the 2019 Cinema One Originals film festival last November 19, Mikhail Red’s youth teen heist thriller Dead Kids can now be viewed on Netflix.

The first Philippine-made Netflix original film has been available for streaming to 158 subscribers in 190 countries since December 1, 2019.

This is the third Mikhail Red movie to be streamed, after the socio-political thriller Birdshot and the horror flick Eerie. This is also the way of Direk Mik, who turns 27 years old on December 11, in tackling what he called during the movie premiere the “complexities of my generation.”

Dead Kids is loosely based on true events that happened in 2018 about how a group of university students pulled a kidnap-for-ransom scheme against one of their classmates.

In the movie, the students attend a private high school where poor but bright kid Mark Sta. Maria (played by Kelvin Miranda) struggles to fit in.

It doesn’t help that the object of his affection, Janina (Sue Ramirez), is also special to the school’s biggest bully, Chuck (Markus Paterson), who flaunts his father’s riches and connections.

Mark is a favorite among the many boys whom Chuck bullies in school, thus he’s lured by his classmates Blanco (Vance Larena), Paolo (Khalil Ramos), and Go (Jan Silverio) to take revenge.

The trio likewise can’t stand their bratty and bully classmate, with Blanco resenting the fact that his policeman-father acts as a protector of Chuck’s drug lord-father. They recruit Mark in their plan of kidnapping the bully Chuck in exchange for P30 million. Mark eventually agrees to let them use his rented apartment as their hideout.

While preparing their grand plan, they are forced to include Paolo’s girlfriend Yssa (Gabby Padilla) in their operations, and everything goes downhill.

Being young themselves, the director and screenwriter—Mikhail and Nikolas Red, who happen to be brothers—have a firm grasp of the contemporary high school milieu. They are able to capture it and, with the help of the actors, show it onscreen.

The actors themselves look like they’re still in high school, although Vance Larena’s Blanco character would’ve looked more believable if he’s written as an older student who always gets into trouble that’s why he can’t graduate in time. The thespian Vance lends an air of gravitas to his angst-filled character who is the mastermind behind the kidnapping scheme.

The movie succeeds as both a coming-of-age and a thriller if not for some missing links in the storytelling. The young cast do their best in playing their characters, including newbie Kelvin Miranda as the main protagonist. Kelvin is a revelation in this film as he effectively conveys the moral dilemma being faced by his character.

Having more TV and movie experience among the young cast, Khalil and Sue know how to make the most of their screen time.

Khalil is amusing as the “gago” prankster in the group and endearing as a loyal boyfriend, while Sue manages to make her character memorable, though she’s not part of the main action.

This fast-paced story will take viewers on a wild ride as the kids attempt to pull off the perfect crime in the age of social media.

Keep your eyes peeled for not-so-subtle digs against the war on drugs (wait until you meet Uncle Rody, the drug lord!).

One of the most applauded punchlines of Dead Kids involves a policy affecting smokers everywhere that could very well trigger debates and heated discussions.

Overall, Dead Kids is a worthy addition to your "My List" in Netflix.