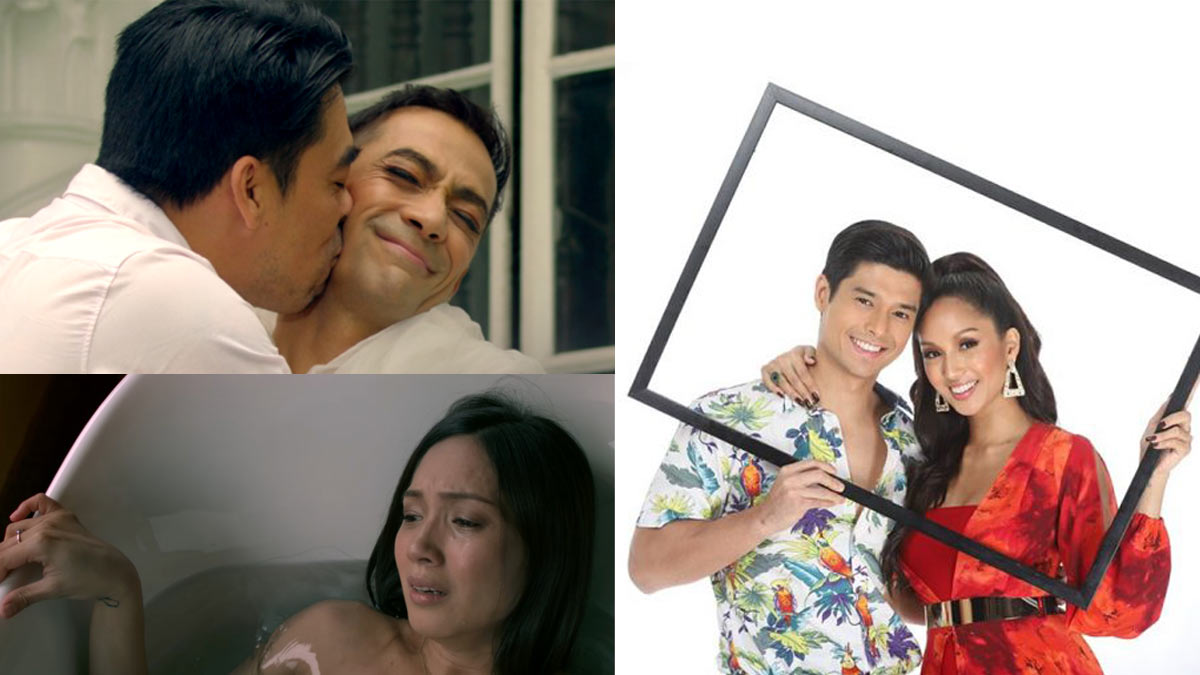 Just like how simple yet loaded its title sounds, the movie Love Is Love seems plain enough but is actually multifaceted.

At the airport, Anton meets instead an attractive woman who introduces herself as Wacko’s fiancée Winona (Roxanne Barcelo).

Anton is suspicious but he takes Winona’s word for it, and they end up traveling together to a mutual friend’s resort.

Sparks fly during their trip, though Anton gets weirded out by how much info Winona knows about him and how much she reminds him of Wacko.

Vehicular glitches force them to spend the night at a hotel, where Winona runs into her long-lost friend Rofa (Rufa Mae Quinto).

Upon seeing the sexily clad and beki-speaking Rofa, Anton mistakes her for a “tranny.”

Winona then admonishes him for using a “politically incorrect” term for a transgender woman.

When they finally reach the resort, they are greeted by its owner, Greta (Raymond Bagatsing), a transgender woman who’s set to marry her long-time partner, Calvin (Jay Manalo).

Winona helps in preparing for the bride’s despedida de soltera with Rofa, who turns out to be associated with the couple, and Lyndon (Marco Alcaraz), a closeted insurance guy who seems to be working at the resort, too.

The party’s Latin theme sets the muy caliente mood for Anton and Winona to get into a passionate situation.

This soon leads to a series of realizations, both heartbreaking and heartwarming, until they reach one mutually satisfying conclusion.

Those with a high level of gaydar will easily figure out Winona’s mystery and the plan she’s hatching with her friends.

But that’s just one layer of the whole story, a lead-in to more interesting twists and turns.

That’s what make Love Is Love a cut above the other popular and lighthearted movies exploring topics related to and understanding the LGBTQ community.

It helps that the most illuminating lines were assigned to the characters of Raymond Bagatsing (as the soft-spoken and sagacious Greta) and Johnny Revilla (as Anton’s recently liberated father).

They are such brilliant actors that they are able to show humanity rather than sounding preachy.

Raymond, for one, can stage a one-actor show just giving a monologue of all his lines as Greta.

For his part, Johnny is usually cast in a sosyal role because of his strong mestizo features and intonation, and he still is in the movie, but a lot endearing.

JC and Roxanne hold their own in playing the lead characters, though in the beginning their efforts in trying to establish a sex-comedy vibe are met with lukewarm reception.

Good thing that there’s Rufa Mae, who’s proven her worth in the sex-comedy genre, as well as Keanna Reeves in a cameo.

Jay Manalo does effortlessly well as straight guy Calvin, who, after a long wooing, finally falls for Greta.

However, the subplot on Calvin’s mental health issue comes off as contrived and inadequate.

Neil Coleta likewise nails his role while Marco Alcaraz does a surprising but convincing job as a closeted gay or pa-mhin.

For some laughs, a good cry, and enlightenment, Love Is Love makes for a worthy trip to the cinemas.