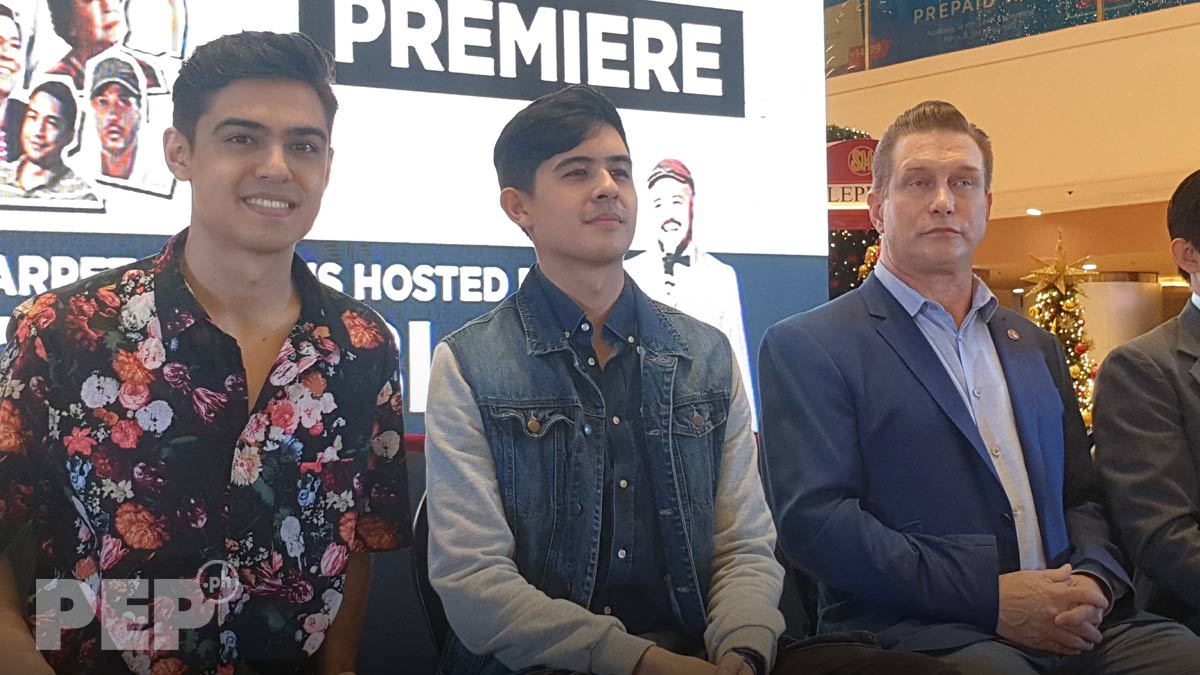 Stephen Baldwin (right) admits that he wants to visit Boracay in the future. The Hollywood actor visited Manila to promote Kaibigan. Stephen worked with Christian (left) and Jesse Perkins in this Pinoy movie.
PHOTO/S: Allan Sancon

How was it like working with the Perkins twins in this movie Kaibigan?

"The Perkins twins are so talented and the Kaibigan movie is very exciting for everyone."

What is your role in the Kaibigan movie?

"I played the father in the movie Kaibigan. I played a dad who is not that very nice."

As a real-life father, how do you relate to your character here in the movie?

"I think I'm much nicer in real life compared to my character here."

Did you have a chance to visit tourist spots here in the Philippines?

Given the chance, which tourist spot would you want to visit in the Philippines?

"Oh God! I don't know much here in the Philippines but I want to visit some beaches here like Boracay. I heard that it is beautiful."

How would you describe working as an actor here in the Philippines?

"With this movie, I'm very spoiled. I worked with legends of Filipino showbusiness, from Boots Anson-Roa and Cesar Montano to so many actors and actresses. It's an absolute pleasure for me."

Are you open to working again with Filipino actors here in the Philippines in future projects?

Sinabi ni Jhong Hilario kay Stephen: "We all know that you are the father of Hailey and the father-in-law of Justin Bieber. How are they now?"

Sagot ni Stephen, "They are okay, I spent my whole life celebrating Christmas in New York, but this time I will celebrate my Christmas in California with them."

Narito ang synopsis ng Kaibigan: It revolves around two high school students who made some wrong decisions, how were they able to deal with mistakes, face the consequences, then found new hope backed by their powerful friendships. It tackles the problems of the youth about drugs, alcohol, and bullying. 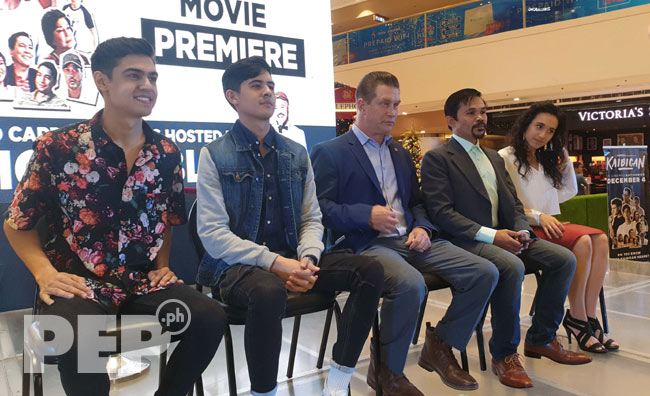