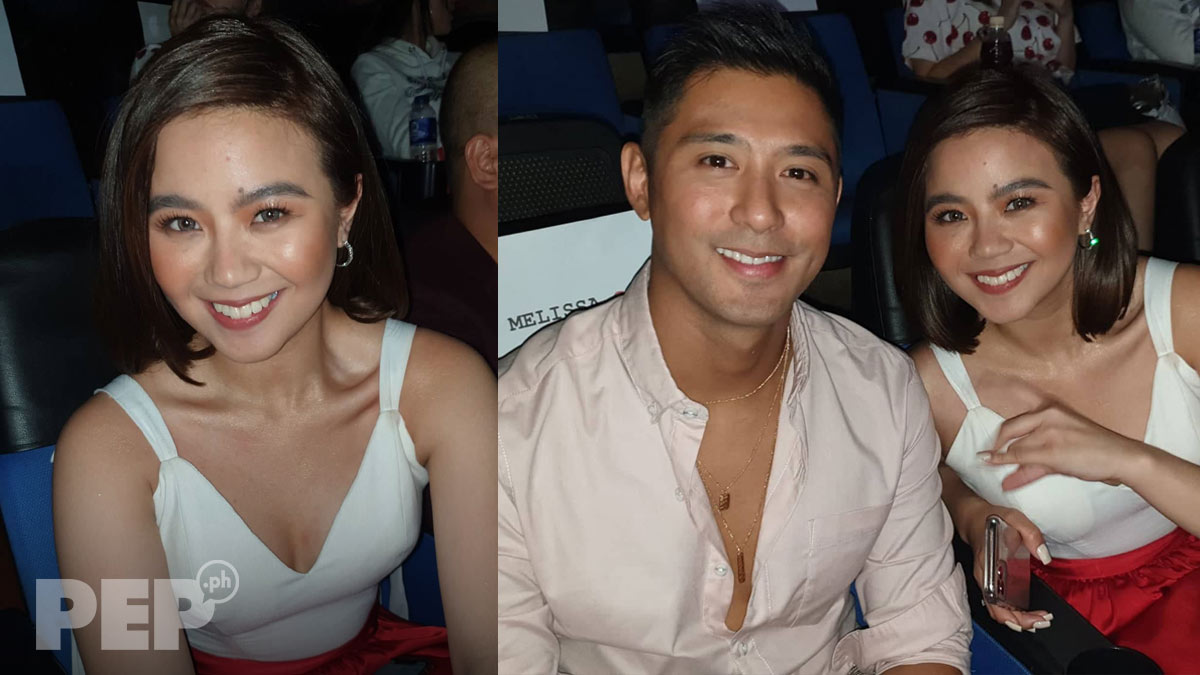 The lead stars of Write About Love, an entry to the 2019 Metro Manila Film Festival (MMFF), belong to rival networks.

Miles Ocampo and Rocco Nacino, who play the central characters in the movie, are homegrown talents of ABS-CBN and GMA-7, respectively.

But the difference in network affiliation doesn’t affect their working relationship, according to Miles.

However, Miles and Rocco will not be able to jointly promote their movie in either Channel 2 or Channel 7.

“Sa huling balita ko, hindi po kami puwede,” she explained on why they can’t be together in one TV station.

So, while the Kapamilya stars can share the load in promoting their movie in their mother network, the lone Kapuso in the cast will have to do it alone in his own turf.

Thankfully there are other venues, like mall shows and campus tours, so they can promote all at once.

After Rocco, Miles said that she hopes to work with other Kapuso stars, particularly the power couple Marian Rivera and Dingdong Dantes.

“Pag nabigyan tayo ng chance,” she said with a smile.

Meantime, Miles is focused on Write About Love, which will compete with seven other MMFF entries when it opens on December 25, Christmas Day.

She tackles her first lead role in an MMFF movie, and this is produced by TBA Studios and helmed by debuting filmmaker Crisanto Aquino.

In Write About Love, Miles plays a newbie movie scriptwriter, whose work is being considered for production by a film outfit, but has to be mentored first by a veteran in the field (played by Rocco).

While they work on her script, the characters there (Yeng as Joyce and Joem as Marco) come alive onscreen for the movie’s audience to appreciate.

The writers played by Miles and Rocco then discover and learn more about love through the course of their collaboration.

She’s also excited that her movie got a “G” rating from the Movie and Television Rating and Classification Board (MTRCB), which means audiences of all ages can watch it.

The newbie writer role is said to be tailor-made for Miles as she has attended one of the scriptwriting workshops given by esteemed writer Ricky Lee and she really aspires for her first script to be produced someday.

She then recounted her online chat with her director, nicknamed Cris, who had worked on various posts, from production assistant to script continuity (also known as script con), and assistant director.

Miles couldn’t help comparing her own experiences as an aspiring writer to what her character goes through in the movie.

She added that she definitely has more respect and admiration for writers now.