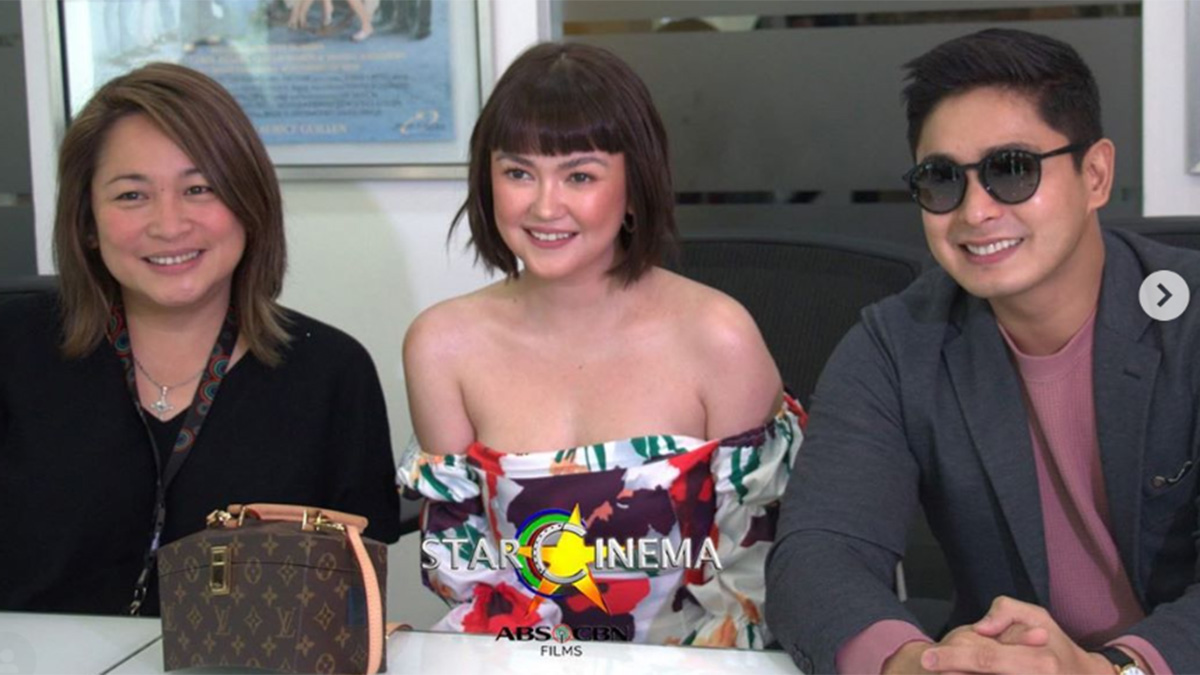 Angelica Panganiban (middle) and Coco Martin are paired for Star Cinema's Valentine movie for 2020 titled Love or Money. The film will be directed by Mae Czarina Cruz (left).
PHOTO/S: @starcinema on Instagram

Coco Martin will once again do a movie with Star Cinema.

For the past three years, the ABS-CBN actor has been starring in movies produced by his own film outfit, CCM Productions.

He will be paired with Angelica Panganiban in a movie titled Love or Money, directed by Mae Cruz.

The story conference was held today, December 10, at the Star Cinema office.

According to Star Cinema's Instagram post, Love or Money will be the film outfit's Valentine presentation for 2020.

This will be the first time that Angelica and Coco will be paired together in a movie.

In the past, they were able to work with each other in the prime-time series FPJ's Ang Probinsyano, when Angelica did a guest appearance in 2016.

During the story con, Coco was asked how he managed to shoot the movie while directing FPJ's Ang Probinsyano, which has airing since 2015.

Because Coco is already used to doing FPJ's Ang Probinsyano for the past four years, he admitted that he feels tense regarding this new project.

Angelica said that she is excited to be working again with Coco after her stint in FPJ's Ang Probinsyano.

According to Direk Mae Cruz, the concept of Love or Money came from Star Cinema managing director Olivia Lamasan.

Direk Mae explained, "This concept has been with Star for a long time now. It was originally Direk Olive Lamasan's concept.

"They waited for the right time na magawa itong konseptong ito and the perfect casting.

"And then, when they found the perfect casting for this, that's when they realized na this is the perfect Valentine's offering for 2020."

Direk Mae also said that the movie offers a "good mix" of romance, drama, and comedy.