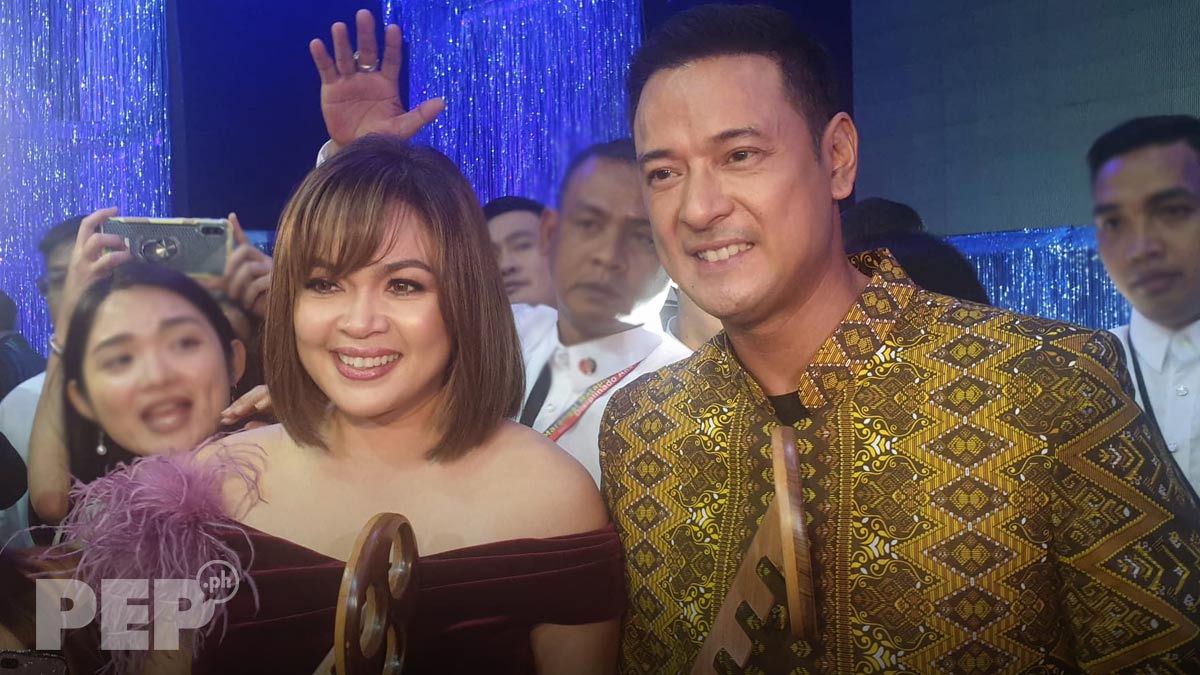 Judy Ann Santos and Allen Dizon make an appeal regarding the decreasing number of cinemas for Mindanao, their MMFF 2019 entry.
PHOTO/S: Allan Sancon

The two lead stars of the film Mindanao earned the highest acting honors during the Gabi ng Parangal of the 45th edition of the MMFF.

The MMFF 2019 awarding ceremony was held last night, December 27, at the New Frontier Theater in Cubao.

Metro Manila Development Authority and MMFF chairman Danilo Lim announced that moviegoers can look forward to the Metro Manila Summer Film Festival in 2020. He thanked Senator Bong Go for suggesting that a summer edition be held in order to help the Philippine film industry.

As for Allen Dizon, he also made the same appeal regarding the decreasing number of cinemas for their drama film Mindanao.

The actor said in an interview after the awarding ceremony that he was not expecting to win the Best Actor trophy since there were those saying that Aga Muhlach of Miracle in Cell No. 7 was a frontrunner for the acting award. Allen then dedicated his award to his fellow nominees Aga Muhlach and Rocco Nacino of the movie Write About Love.

Nora Aunor and Vilma Santos were among the recipients of the Hall of Fame Best Actress Award this year but they were both unable to attend the MMFF 2019 Gabi ng Parangal.

Best Performance by an Ensemble: Culion

Here is the list of those inducted into the Hall of Fame: