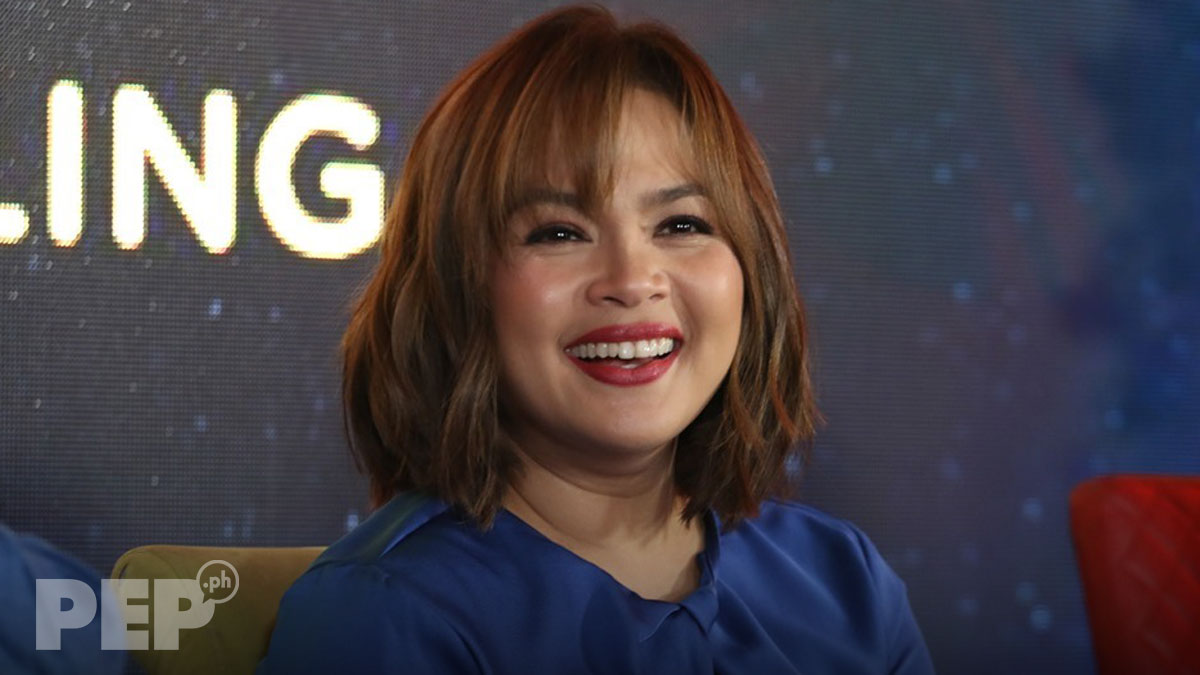 Judy Ann Santos replies to a netizen who belittled her movie, Mindanao, an entry to the Metro Manila Film Festival 2019.
PHOTO/S: Noel Orsal

Judy Ann Santos responded to a basher who made derogatory comments about Mindanao.

Last week, Judy Ann used her Instagram account to enumerate the cinemas that were still screening her MMFF 2019 entry.

In Mindanao, Judy Ann was cast as a Muslim mother taking care of her cancer-stricken daughter.

In the comments section, a netizen belittled Judy Ann’s film for doing poorly at the box-office.

The netizen also claimed that Mindanao was a worthless film or "napakawalang kuentang pelikula."

“Flapsina” is slang for “flop.” 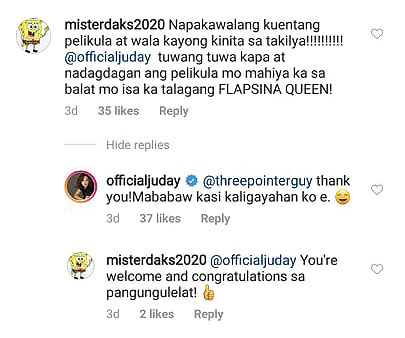 It turns out the basher initially used the handle @threepointerguy and later on changed it to @misterdaks2020.

Here are some of the comments defending Judy Ann and her MMFF 2019 entry, Mindanao: 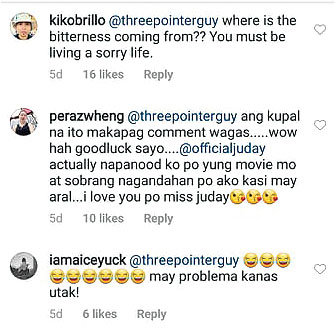 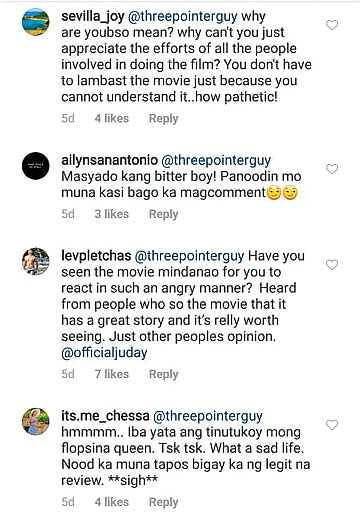 The MMFF executive committee recently released the total box-office gross of the 45th edition of the annual December film fest.

Ticket sales reached over P955 million, which is P45 million shy of its P1 billion target.

The top four films in terms of earnings are (in no particular order): Miracle in Cell No. 7; The Mall, The Merrier; 3pol Trobol: Huli Ka Balbon!; and Mission Unstapabol: The Don Identity.

The four other remaining movies are Sunod, Write About Love, Culion, and Mindanao (which bagged 11 awards, including Best Picture).