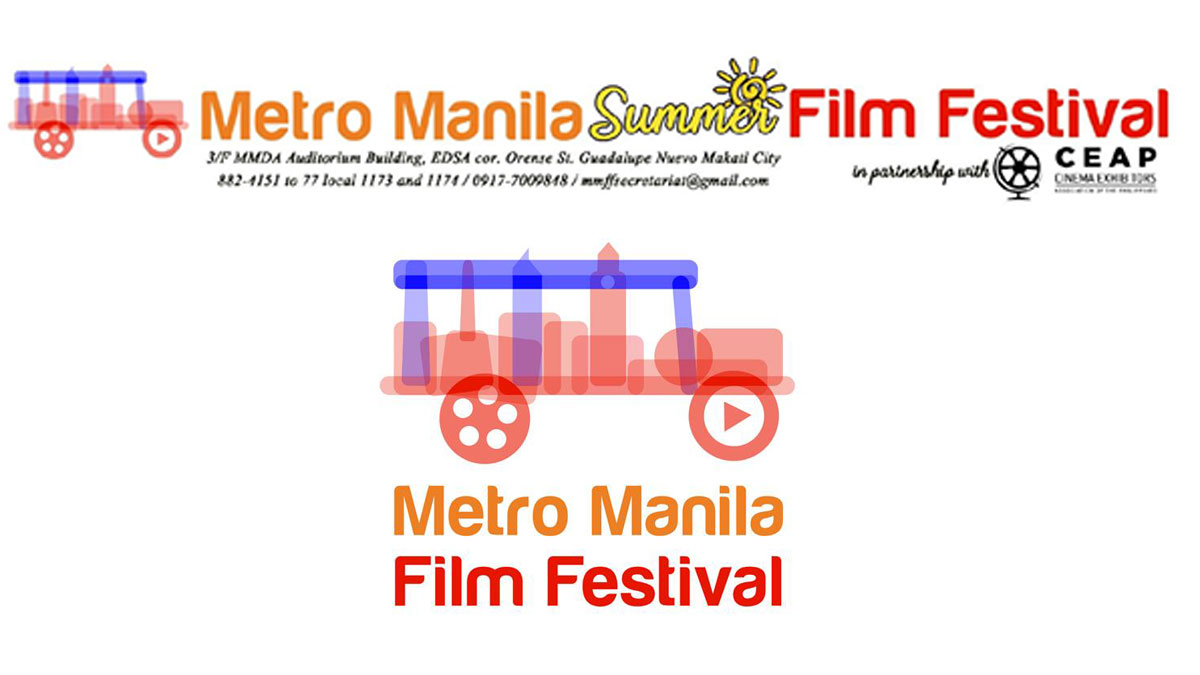 The Metro Manila Summer Film Festival is set to premiere this April 11, 2020 and it’s still open for submissions of possible entries to both the full-length and student short film categories.

For the full-length category, the deadline has been extended from the original date of January 31 to February 15.

On the other hand, student filmmakers have until February 28 to submit their completed short films that should tackle this year’s theme, Pinoy Pride.

The Summer Film Festival is an offshoot of the Metro Manila Film Festival (MMFF), which has become an annual Christmas tradition for the last 45 years.

Both film fests are organized by the Metropolitan Manila Development Authority (MMDA).

But the summer edition has the Cinema Exhibitors Association of the Philippines (CEAP) as co-presentor and Quezon City as the host city for its inaugural year.

The MMDA has announced that the Summer Film Festival is “based on submitted finished films not earlier than January 1, 2019, including those that were earlier submitted for the 2019 MMFF finished film competition, subject to the submission of the Letter of Intent.”

Aside from the eight official entries in the recently concluded MMFF season, there were at least 11 finished film submissions, five of which have had theatrical exhibition.

Should the producers of the remaining unreleased movies wish to join the summer edition, they need only to submit a letter of intent and they will be exempt from paying the entry fee.

For those who will submit for the first time, the entry fee is P35,000 if they make it on January 31.

Then the MMFF Selection Committee will choose eight finished film submissions to come up with the official entries.

Those eight movies will have an 11-day nationwide run, starting on the Summer Film Festival’s opening on Black Saturday.

Just like the MMFF, its spin-off has a Parade of Stars and a Gabi ng Parangal.

The Summer Film Festival’s Parade of Stars, in which the actors representing the official entries ride aboard floats that take them around the metropolis, will be held on April 5.

Gabi ng Parangal, a name given to the awards night of recognition for the best output in various cinematic disciplines, will take place on April 15.

The MMDA has also announced that the target gross box-office income from the Summer Film Festival is P500 million.

But the agency didn’t release figures on how much each of the eight official entries got from box-office receipts.

According to reports, Aga Muhlach’s seriocomic starrer Miracle in Cell No. 7, an adaption of the South Korean hit movie of the same title, emerged on top.

It was followed by the Vice Ganda comedy The Mall, The Merrier; the Coco Martin action-comedy 3Pol Trobol: Huli Ka Balbon!; and the Vic Sotto heist-comedy Mission Unstapable: The Don Identity.

As the winner of the Best Picture award, the Brillante Mendoza-directed Mindanao receives sponsorship from the MMFF in joining international film festivals.