REVIEW: Bela and JC have undeniable chemistry in On Vodka, Beers, and Regrets 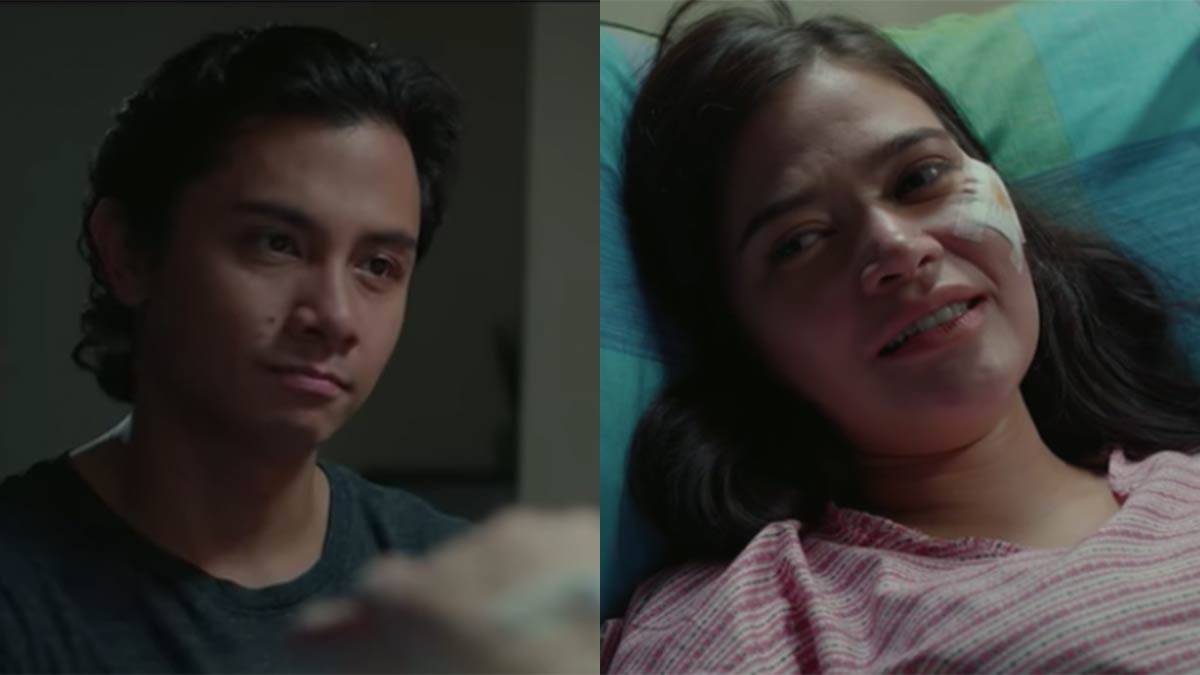 Jane (Bela Padilla), an actress recovering from a sex scandal, has a complicated relationship with the musician Francis (JC Santos). The romance, which starts on a drunken night at a bar, appears to be turning serious, until Jane dismisses the relationship as “playtime” when a man from her past returns.
PHOTO/S: VIVA Films

On Vodka, Beers, and Regrets

What does it take to not give up on a person? Can love survive the acid test of alcohol and self-destruction?

Director Irene Villamor’s latest work forces us to answer these hard questions about the difficult people we care for.

On Vodka, Beers, and Regrets is the type of film that gives a near-dangerous amount of feels—from butterflies in the stomach to a sucker punch in the gut.

Jane (Bela Padilla) is a washed-up actress recovering from a sex scandal; Francis (JC Santos) is a wannabe musician.

After an all-night drinking spree, they start a confused companionship that somehow teeters into romance.

However, Jane is unable to fully give back in this one-sided relationship—she is burdened by alcohol addiction and a downheartedness that hurts Francis and the people around her.

What starts as an exhilirating romance becomes an exhausting struggle to make love last despite not knowing if it could.

On Vodka, Beers, and Regrets is visually intoxicating, and accompanied by catchy and yet melancholy music.

Director of photography Pao Orendain’s frames can at times take your breath away while immersing you in a world of alcohol-induced experiences.

Kean Cipriano gives us a curation of music that adds emotion and depth—we must commend Raphile Shannon’s version of “Mundo” and JC Santos’ “Waking Lives.”

We must also recognize the captivating chemistry between JC Santos and Bela Padilla, actors who have worked in movies with each other before. It is a chemistry that is undeniable in scenes, such as when Francis stares straight into Jane’s eyes and mumbles: “Alam mo kung anong ok sa iyo? Hindi mo alam na ok ka… sobrang ok ka.”

But the terrific chemistry between the actors cannot overshadow Bela’s powerful performance as the hurt and hurtful Jane. Bela's beauty shines even in the most harrowing scenes. It is a beauty so fragile and threatened that it seems as if it is about to break. And yet she still has the strength to try to find deliverance and atonement for her own very real sins.

Some have expressed disappointment over JC's character not being developed as excellently as that of Bela's, but perhaps it is the director’s choice to give the toughest obstacles and decisions to the female protaganist.

Whatever the case, this film is proof that Bela is on track to becoming one of our generation’s most relevant actors.

On Vodka, Beers, and Regrets is not your usual rom-com or “hugot film.”

Direk Irene has penned and directed a simple and yet gripping story, not only of love but of the hard decisions, the sacrifices, and the concessions one has to make to actually make love survive.