REVIEW: James and Pat and Dave shows Loisa Andalio’s range as an actress 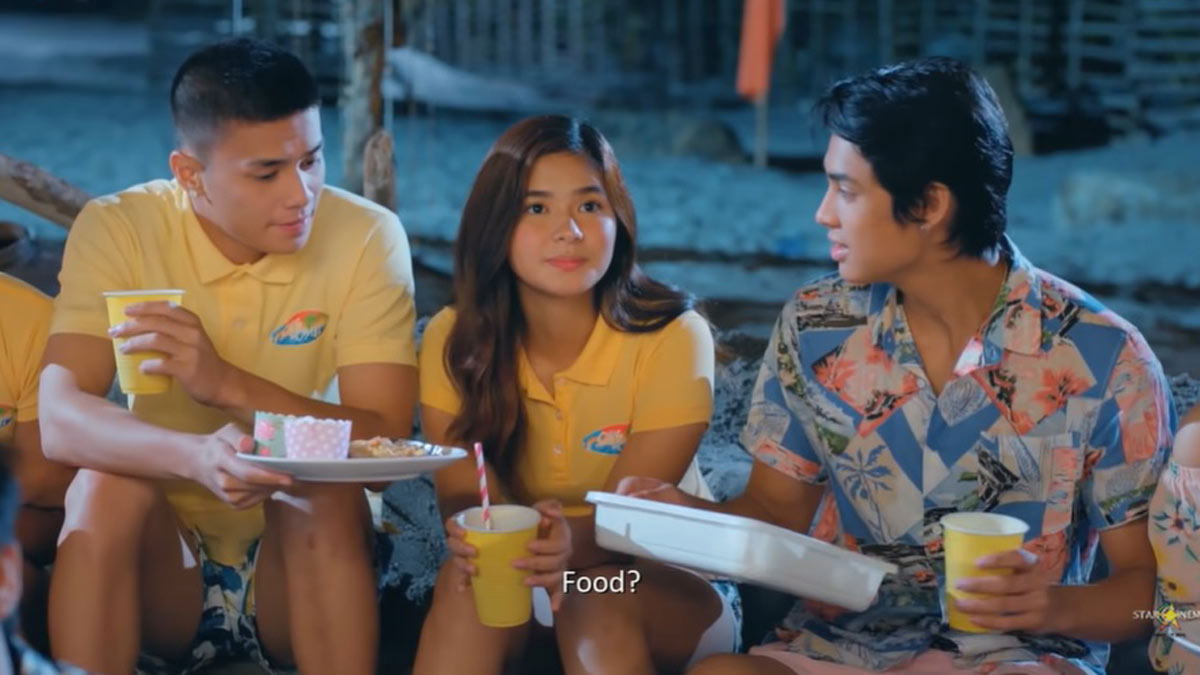 James & Pat & Dave is the sequel to Vince & Kath & James, an unlikely blockbuster from that almost all-indie edition of the Metro Manila Film Festival in 2016.

Following the success of the original film, lead stars Joshua Garcia and Julia Barretto went on to become big stars and for a time, a real-life couple who went on to headline three more blockbusters in Love You To The Stars and Back, Unexpectedly Yours and I Love You Hater.

Meanwhile, the career of Ronnie Alonte, the breakout star of that filmfest who also topbilled another big hit in Seklusyon, somewhat stalled thereafter and has since only been cast in the ensemble horror piece, Bloody Crayons and in a supporting role in the 2018 Vice Ganda MMFF comedy, Fantastica.

His new film returns Ronnie to leading man status in a familiar role that comes with a lot of challenges and some unnecessary baggage.

See, as the third wheel in Vince & Kath & James, Ronnie’s James, was not exactly written to be a sympathetic figure.

Although he eventually found himself with the short end of the stick in the original film, James did not exactly change his personality overnight. For at least the first half of James & Pat & Dave, James is still depicted as pretty much the same arrogant, self-centered jock that we remember him from three years ago.

Following a quick montage of the events of the last film, the new movie begins with him getting into a fight during a basketball game.

As a result, James was banished by his mother (Ana Abad Santos) to the out-of-town resort owned by his grandmother (Odette Khan). At the resort, James found out that he’s not there for a vacation but to actually work under the supervision of Pat (Loisa Andalio), who he had a not-so-pleasant encounter when the bus he’s taking had its usual stopover.

Like James, Pat is also nursing a broken heart from her recent breakup with Dave (Donny Pangilinan), the son of the town mayor who turned out to be a two-timing jerk.

Belatedly realizing that he still had feelings for Pat, Dave checked in at the resort in an effort to win her back.

James, who has his own agenda, initially posed as Pat’s boyfriend in exchange for a pay raise that would afford him a plane ticket out of the country. Dave, however, offered him a faster way to earn funds by simply helping the former get back in Pat’s good graces.

In almost the same way that Vince reluctantly played Cupid for him and Kath in the first film, James is now doing the same for Dave and Pat—for a price.

Problem is, James has developed feelings for Pat. But having already lost Kath, he’s not too optimistic about gaining Pat’s affection as well, given his recent losing streaks.

Although he clearly has a big following dating back to his days as a member of the all-male dance group Hashtags, not much has been said about Ronnie Alonte as an actor. James & Pat & Dave, however, aims to establish him as a romantic lead.

There’s a saying that a tiger doesn’t lose its stripes and for the most part, James stayed true to his shady character. But thanks to the sensitive script of two women namely Daisy Cayanan and Marionne Dominque Mancol as well as the guidance of Director Theodore "Ted" Boborol, it turns out that James is not totally devoid of redeeming qualities, after all.

While Ronnie is still a work-in-progress, the way he gradually transformed from a selfish prick to a nearly selfless martyr is quite a sight to behold. While there might be some need to suspend some disbelief given what we saw in his character in Vince & Kath & James, what makes the transformation work is the equally impressive portrayal of Loisa Andalio as Pat.

Aside from dealing with an ex that she’s obviously not totally over with, Loisa’s Pat is saddled with other personal baggage. Aside from caring for a grandfather with Alzheimer’s disease (Bodjie Pascua), Pat is dealing with her mother (Isay Alvarez) who abandoned her in the past and is now trying to come back into their lives.

It is not hard to imagine why a douche guy like James could relate to her woes or even why Ronnie and Loisa became a real-life couple. Pat’s emotional breakdown in the film’s climactic third act gives us a glimpse of Loisa’s range as an actress.

On the flipside, her Pat also possesses more than enough charming qualities to set any troubled guy on the right path. We won’t be surprised if Loisa gets more challenging assignments from hereon.

As Dave, Donny Pangilinan is essentially playing the James part in the first part—the popular guy, at least in that beach town, who’s used to getting what he wants. The son of Anthony Pangilinan and Maricel Laxa, Donny obviously has a strong screen presence but seems miscast in such a role.

Speaking Tagalog like Sam Milby, Donny also has that boy-next-door demeanor so he doesn’t come off as totally convincing as the film’s supposed bad guy. He does have the expressive eyes of his folks so we can still see him thrive given the right project.

Myrtle Sarrosa is also somewhat wasted in the role of Pat’s co-worker and ambitious rival in the resort. While Myrtle was able to show off the form that made her a Ginebra calendar girl not too long ago, she could have made the love triangle between James & Pat & Dave a little more interesting if her character was further developed.

Direk Ted delivers another winning rom-com with a worthy sequel that puts an engaging spin on the best things about its predecessor and punctuated it with strong performances by Loisa Andalio and Ronnie Alonte and further spiced up by a not so surprising cameo in the final act.

The inclusion of Zephanie’s new version of Gloc-9’s monster hit, “Simpleng Tao” as a recurring theme song is also a nice touch and keeps the film grounded, quite literally.