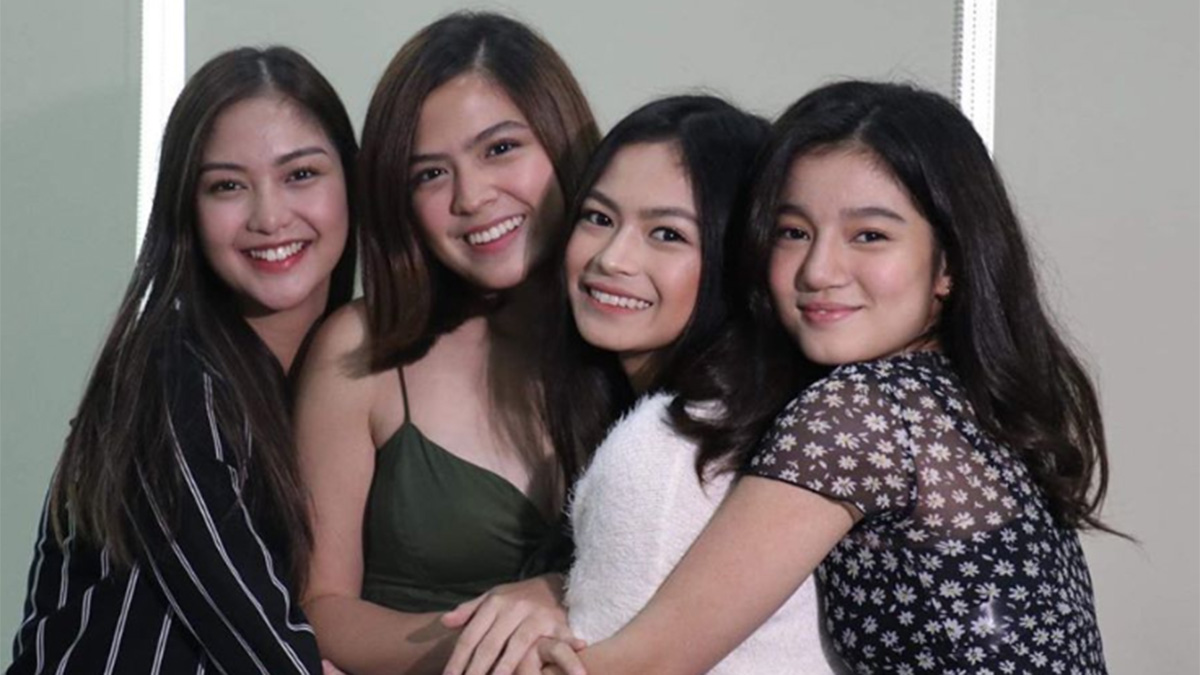 Star Cinema's 2013 iconic movie, Four Sisters and a Wedding, is getting a prequel.

Star Cinema announced today, February 27, that the new movie Four Sisters Before The Wedding will feature the teenage versions of the characters once played by Toni Gonzaga, Bea Alonzo, Shaina Magdayao, and Angel Locsin.

This time, the characters will be portrayed by Alexa Ilacad together with newbies from Star Magic: Charlie Dizon, Gillian Vicencio, and Belle Mariano.

Alexa will portray the role of Bobbie (Bea Alonzo), Charlie will play Teddie (Toni Gonzaga), Gillian will take on the role of Alex (Angel Locsin), and Belle will give life to Gabbie (Shaina Magdayao).

The movie will be directed by Giselle Andres, who helmed the movies Loving In Tandem (2017) and I Love You Hater (2018).

THE NEW CAST OF FOUR SISTERS

Among the four cast members of the prequel, only Alexa has starred in big roles in TV shows and movies, with The Killer Bride as her most recent project.

Charlie, a commercial model, was first seen in the 2017 movie Seven Sundays as Enrique Gil's best friend. She later joined the series Bagani in 2018. Charlie is currently part of the prime-time series A Soldier's Heart as Nash Aguas's love interest.

Gillian started her acting career in early 2019, when she portrayed the ghost in the horror movie Eerie starring Bea Alonzo and Charo Santos-Concio. Gillian then top-billed the iWant original series Kargo and was part of the movie Hellcome Home, both shown in late 2019.

Belle, who started as a child actress, first appeared on TV as the daughter of Carmina Villarroel in the 2012 prime-time series Lorenzo's Time. She also used to be part of FPJ's Ang Probinsyano as the daughter of Agot Isidro and sister of Arjo Atayde.

In 2019, Belle was launched as a teen star via Star Magic 2019. She is set to top-bill iWant and Star Cinema's original digital series, He's Into Her, as the love interest of Donny Pangilinan.