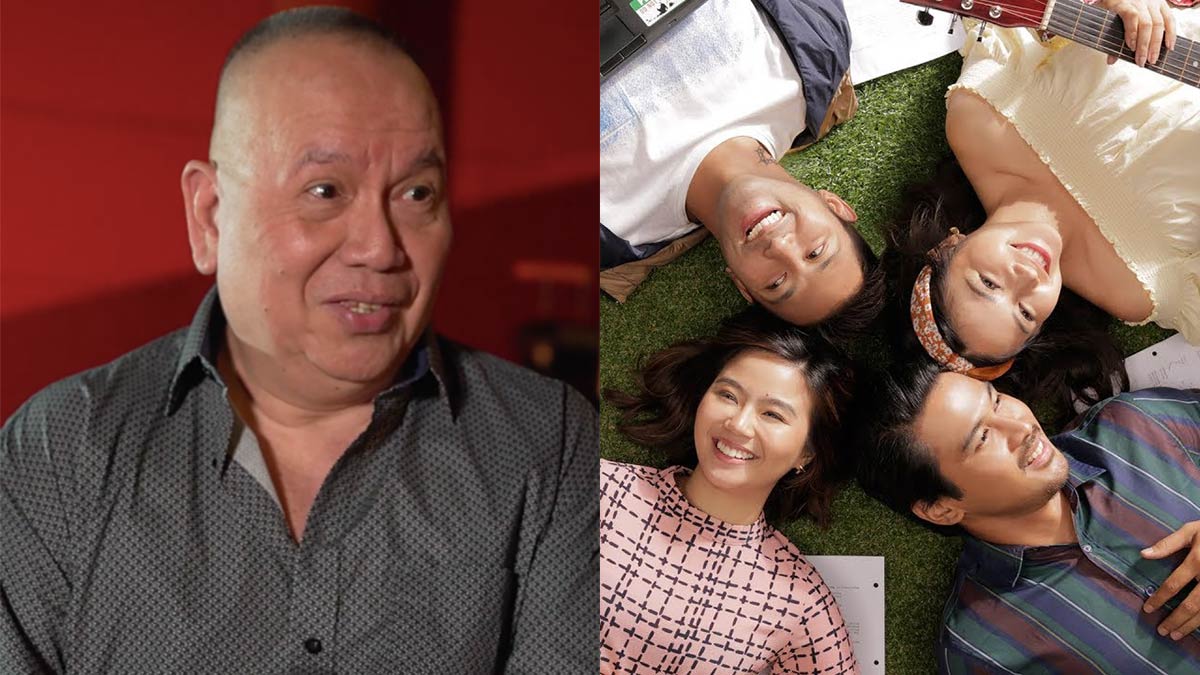 The filmmaker talked about rom-com movies during his interview with Movie Television Review and Classification Board (MTRCB) chairperson Rachel Arenas, for an episode of MTRCB Uncut.

According to Reyes, the rom-com genre has been exisiting in the Philippines as early as the '60s, with the popularity of the love team of Nida Blanca and Nestor de Villa.

He explains, "It's not only the past years that rom-coms have become hits as far as the Pinoy moviegoer is concerned.

"So, in other words, Filipino comfort food na ang rom-coms. Merong mga nagsabi na when you want to spend more than 200 bucks to enjoy yourself for 120 minutes or so, you want to go somewhere where you want to feel good."

This behavior, according to Reyes, stems from the fact that Filipinos are "die-hard romantics," which is why they love watching stories that bring "kilig."

"Filipinos are such die-hard romantics. Love is our placebo and falling in love and being young and in love has always provided comfort and even hope for Filipinos.

"When you enter a dark moviehouse and immerse yourself for 90 minutes to 120 minutes of people falling in love, you go out feeling better.

"And Filipinos are addicted to that."

Arenas asks if there is a perfect formula for the hit rom-com movie.

Reyes answers, "No, there is none."

The prolific director of rom-com movies cites one example, which is Write About Love.

Write About Love is an entry at the 2019 Metro Manila Film Festival which won Best Screenplay.

It is top-billed by Miles Ocampo, Rocco Nacino, Yeng Constantino, and Joem Bascon.

Yeng and Joem were both recognized by MMFF when they won the Best Supporting Actress and Actor awards during the awards night.

Reyes explains, "I was telling the writer-director, Crisanto Aquino, he did a very original and beautiful romcom, it's very smart, it was very well-acted, the attack was very new.

"It did not depend on hugot lines. It made you fall in love and at the same time, maybe because I'm a writer that I can relate to how things that happened in my real life are translated to things I write about in the characters in my stories.

"It did not make as much money as the usual romcoms which were shown by mainstream studios."

Although there could be a familiar formula for rom-coms in terms of plotting, Reyes believes that there is one factor that really sells for the masses: the movie's cast.

He continues, "I realized that despite the credibility and the quality of acting of the actors in Write About Love, they did not have the popularity of love teams of, let's say, the Star Cinema movies.

His points out, "If it is so scary, dudumugin yan ng tao.

"Rom-coms are very fan-based oriented in order to generate money out of that romance."